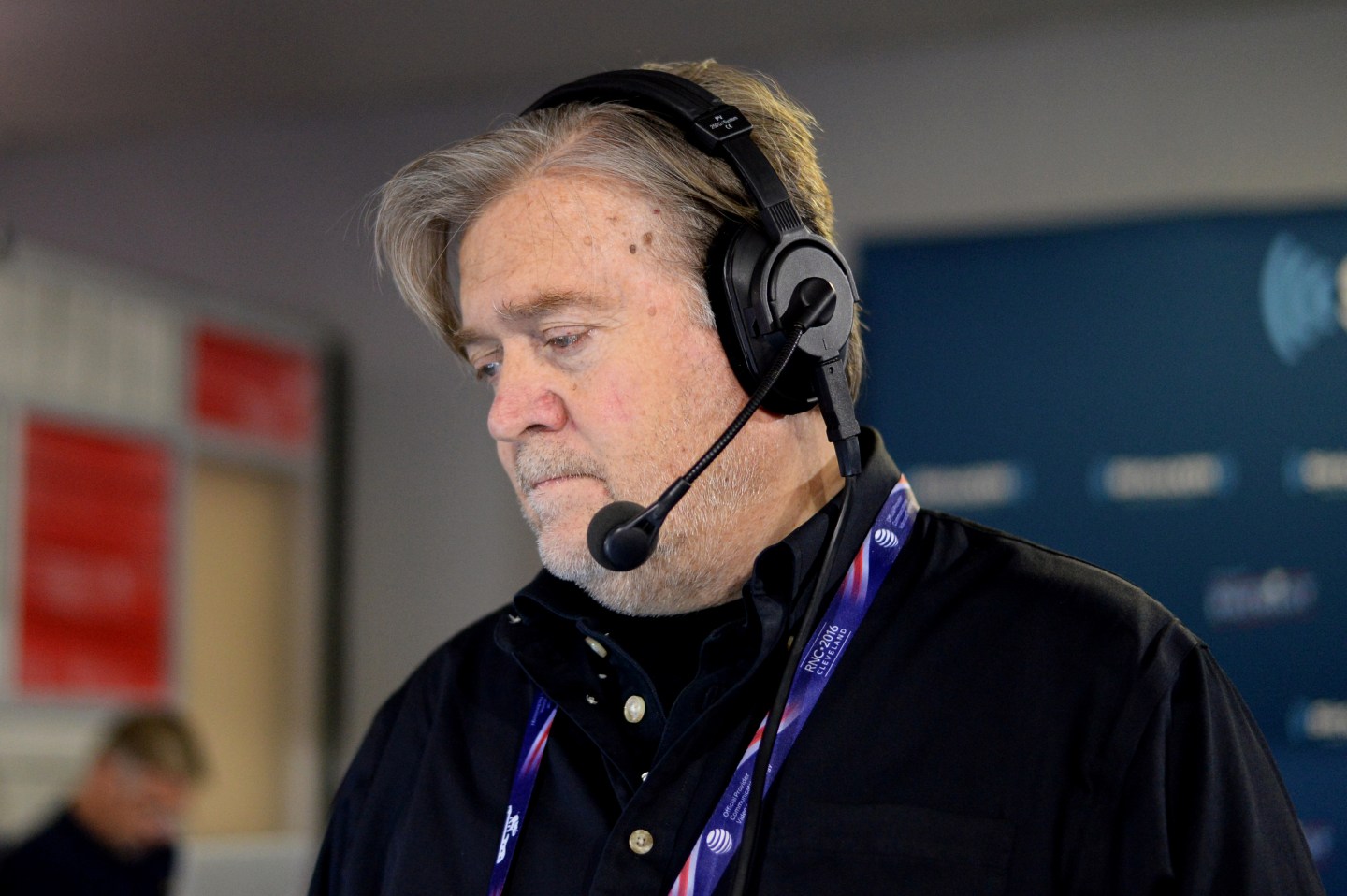 Steve Bannon doesn’t look like a media mastermind, or the head of an alleged cabal of right-wing racists. He wears cargo shorts and rumpled dress shirts, and likes to call people “dude.” But the chairman of Breitbart News how has an unprecedented amount of influence over the President-elect of the United States—and that has some people very worried.

Before Donald Trump became a contender for the Republican presidential nomination, most people had probably never even heard of Breitbart, the site Bannon took charge of in 2012. Others probably dismissed it as a haven for right-wing conspiracy theorists, like Alex Jones’ InfoWars.

Now, however, Bannon has been named chief strategist for the incoming president. And the rise of Trump, a candidate who Breitbart promoted unceasingly during the campaign, has lent a legitimacy to the site that the company is busy capitalizing on at breakneck speed. It recently announced plans to expand its operations both in the U.S. and in Europe.

A former Breitbart spokesman who left the company earlier this year said that the site “will be as close as we are ever going to have — hopefully — to a state-run media enterprise.”

We had this in argentina. Not a good idea. https://t.co/Z0OmgIcIUS

This may seem like hyperbole, but there is no precedent for the publisher and chief architect of a media outlet like Breitbart having as much influence on a sitting president as Bannon will arguably have on Trump. John F. Kennedy had friends at the New York Times, but he didn’t have the publisher of the newspaper as his right-hand man. Politico’s Jack Shafer says the closest comparison would be Ronald Reagan and the Washington Times.

According to a report by BuzzFeed last year, insiders at Breitbart believe Trump helped fund the site in return for positive coverage, and that senior editors killed stories at his request (Breitbart has denied these reports).

There are also allegations that Bannon was paid by a secret super PAC fund while he advised Trump during his campaign–a fund associated with billionaire hedge-fund manager Robert Mercer, whose daughter Rebekah is on Trump’s transition team.

And Breitbart isn’t just any media outlet, but one that has been criticized for promoting outright racism. A former editor at Breitbart said that the site’s founder (who died of a heart attack in 2012) hated racists, but that since he took over, Bannon had “openly embraced the white supremacist alt-right.”

The Breitbart chairman has repeatedly boasted about his connections to the “alt right,” a collection of groups that include white nationalist sympathizers such as Richard Spencer, who has said his dream is “a new society, an ethno-state that would be a gathering point for all Europeans.”

Breitbart also employs notorious alt-right poster boy Milo Yiannopolous, who has argued that races should not mix and that Black Lives Matter is similar to the KKK. A story at the site called anti-Trump commentator Bill Kristol a “Renegade Jew,” and Bannon himself allegedly holds anti-Semitic views.

In 2014, Bannon compared himself to the Russian revolutionary Lenin. “He wanted to destroy the state, and that’s my goal, too,” The Daily Beast quoted him as saying. “I want to bring everything crashing down, and destroy all of today’s establishment.”

It’s important to note that descriptions of Bannon and Breitbart as white nationalists and dangerous racists don’t only come from their liberal or left-wing critics, but also from their fellow conservatives and members of conventional right-wing groups.

The racist, fascist extreme right is represented footsteps from the Oval Office. Be very vigilant America.

The Breitbart chairman’s appointment was also celebrated by a number of neo-Nazi and racist groups, including the Klu Klux Klan and the American Nazi Party. Rocky Suhayda, president of the ANP, told CNN that he was “a wee bit surprised that Mr. Trump finally chose Mr. Bannon, I thought that his stable of Washington insiders would have objected too vociferously.”

David Duke, the former head of the KKK, told CNN that with Bannon’s appointment, “You have an individual who’s basically creating the ideological aspects of where we’re going.”

Given that kind of context, the idea that a U.S. president would be taking strategic advice from someone like Bannon strikes many as a frightening concept.

In addition to his influence over Trump’s policies, however, there’s also the prospect of Bannon using Breitbart News to promote those moves heavily to both its core right-wing constituency and those on the fringes of it, in the process normalizing what could be racist behavior.

This becomes even more of a danger because of the fragmented nature of the current media landscape, one in which even traditional powerhouse media outlets like the New York Times and the Wall Street Journal are scrambling for revenue and relevance.

If President Trump starts to prefer outlets like Breitbart News and InfoWars over the mainstream press, and possibly even denies press accreditation to some outlets (something right-wing commentator Sean Hannity has recommended), where does that leave the Times or the Washington Post?

One risk is that their desire for readership—and its associated revenue—will combine with their desire to forge closer connections to the Trump administration, and this could cause them to follow Breitbart and others in normalizing Trump’s right-wing behavior.

Having taken advantage of the fractured state of the traditional media and the rise of social tools like Twitter (TWTR) to achieve power in the first place, President Trump could cement that power by promoting Breitbart and its ilk. And every attack or criticism by the mainstream media will be seen by his core supporters as evidence that they are right.