Securities and Exchange Commission Head to Step Down 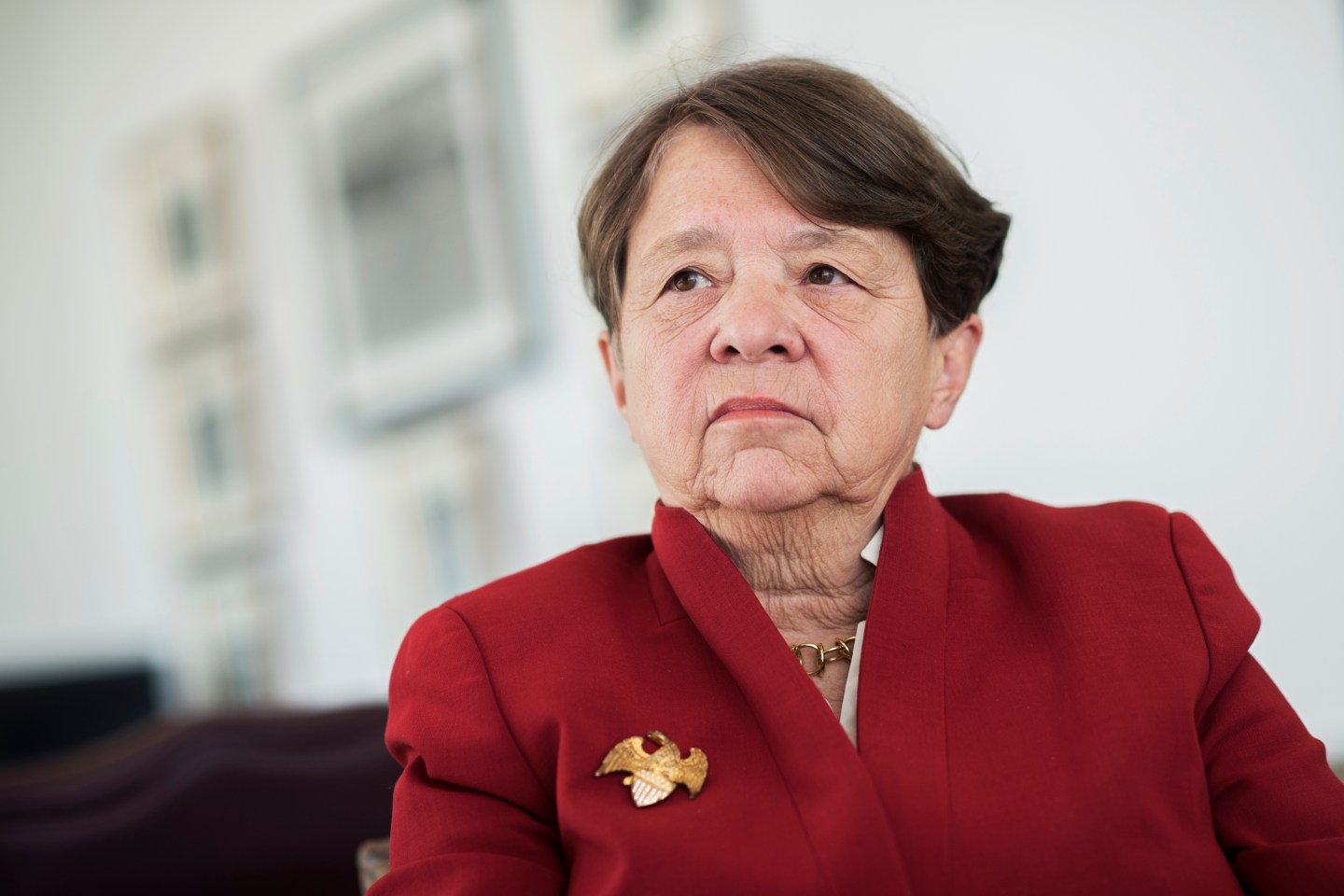 Her departure will cap a nearly four-year tenure marked by regulatory and enforcement milestones, as well as internal discord over Wall Street rules. It also may leave a sharply understaffed and gridlocked commission in her wake.

With White’s departure, the SEC will be left with only two commissioners, who often staunchly disagree with each other – Democrat Kara Stein and Republican Michael Piwowar.

Unless the U.S. Senate confirms two pending SEC nominees during the lame duck session, the 10th floor that is home to the commissioners at the SEC‘s Washington, D.C., headquarters could become a very lonely place come January.

Once White departs, Piwowar, as the sole Republican commissioner, will likely be designated by incoming President Donald Trump to serve as acting chairman until a permanent chairman is selected.

White, a former federal prosecutor and Wall Street defense lawyer in her pre-SEC days, said in a farewell interview with Reuters that she does not know what she will do next, though retirement is not an option.

Since she assumed her post as SEC chair in April 2013, White has presided over a record number of enforcement actions. They consisted of both big cases and smaller matters, often referred to as “broken windows” cases -a reference to former New York City Mayor Rudy Giuliani’s strategy of policing minor offenses to deter bigger ones.

Among her most notable accomplishments were the institution of a policy requiring some companies to admit wrongdoing when they settle cases with the SEC, and new rules that upended money market mutual fund pricing and aim to reduce systemic risks by asset managers.

White, an independent, has often found herself caught in the crossfire between more partisanSEC commissioners who have not been able to agree on controversial rules.

As such, she has been unable to get some rules – such as a politically charged one requiring financial brokers to put their clients’ first – across the finish line.

Moreover, White has also drawn the ire of progressives, including Massachusetts Democratic Senator Elizabeth Warren, who have criticized her for not being tougher on Wall Street and for refusing to push public companies to disclose their political spending.

Before she leaves, White has said she will work to wrap up rules governing the U.S. derivatives market. She also highlighted the SEC‘s intentions to approve a plan that will help police the markets by storing data on every trade order, execution and cancellation. A vote has been slated for Nov. 15.

The SEC draws strength from being a bipartisan panel with a healthy diversity of opinions, but politics are checked at the door, White told Reuters.

“When you cross the threshold into the job as chairman or commissioner, then your mission is theSEC‘s mission,” she said.

Unlike some of White’s predecessors, who were tasked with restoring confidence in the SEC after the financial market collapse, White has not faced the same kinds of crisis management challenges.

Rather, she had to contend with completing a mountain of rules mandated by the Dodd-Frank Wall Street reform law and the JOBS Act, a 2012 law designed to help start-ups.

“When I first came in, on the rulemaking front, there were things pending of great importance,” she said. “We had not yet gotten anywhere, frankly, on the JOBS Act.”

The changes she made in the enforcement division, including requiring corporate defendants in some cases to admit to their wrongdoing rather than letting them settle without admitting or denying the charges, will likely stand out as one of the most significant milestones of her tenure.

Since then, White said, the SEC has done more than 70 settlements with admissions, and some other regulators have started to follow suit,

In its municipal bond fraud case against the City of Miami, White said the SEC‘s insistence on admissions helped send the case to trial, and the jury later handed the SEC a victory.

If she has one regret, she says, it is that the SEC has yet to harmonize disjointed rules governing financial advisers, who are fiduciaries who must act in their clients’ best interest, and brokers, who are held to a lesser standard.