How Booming Mobile Video is Pushing Carriers to Lower Quality 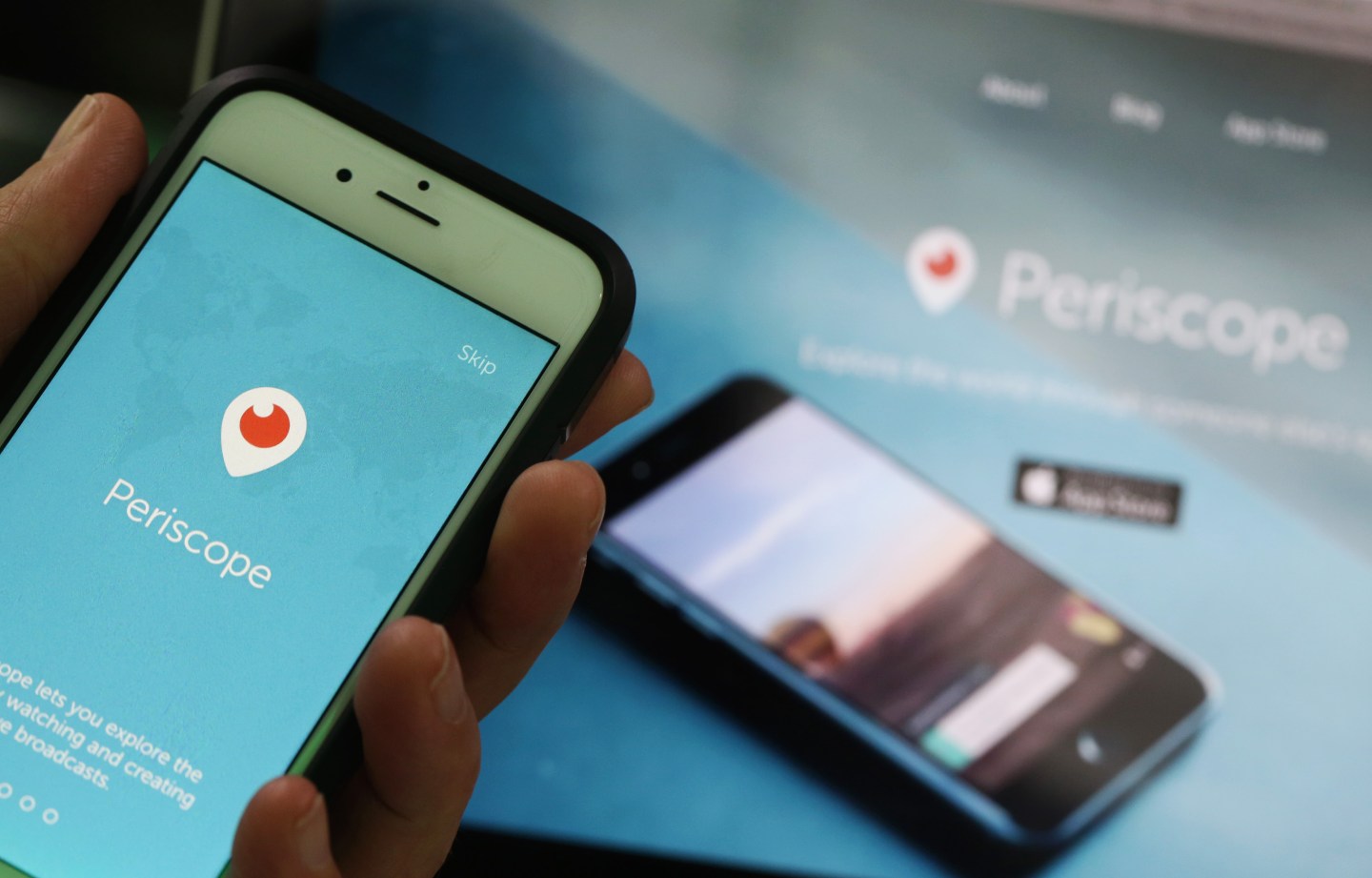 The Periscope video streaming site logo is displayed on the screen of an Apple Inc. iPhone in this arranged photograph taken in London, U.K., on Friday, May, 15, 2015.
Photograph by Chris Ratcliffe — Bloomberg via Getty Images

AT&T announced last week that it planned to degrade the quality of all streaming video for its mobile customers by default next year, though it would provide them with a free option to switch back to full quality video at any time.

T-Mobile first created a lower quality data option—which saves the carriers from having to handle massive amounts of wireless bandwidth—a year ago with its Binge On program. Video watched at the lower quality didn’t count against customers’ monthly data allowance. Then over the summer, both T-Mobile and Sprint created new, cheaper unlimited data plans that, in return for the price cut, automatically reduced video streaming quality.

That can’t help but have made an impression with execs at AT&T (T) and Verizon (VZ). After all, the booming increase in customers watching streaming video had been threatening to stress the capacity of all four carriers’ networks eventually. A study last year from Ericsson predicted mobile video would increase to 70% of all data traffic by 2021 from 50% in 2015 over the same period that overall data traffic is predicted to increase seven-fold.

The coming squeeze is likely to be more acute for the larger carriers. That’s because, with many more customers than the smaller carriers, AT&T and Verizon have less spectrum capacity per user. Verizon has just 1.02 MHz of spectrum per connection and AT&T has 1.18 MHz compared to 1.37 MHz per connection for T-Mobile and 3.64 MHz at Sprint, according to a review by Recon Analytics last year.

The next generation of mobile transmission technology, known as 5G, will offer relief from the squeeze with massively greater wireless capacity. But 5G is still three to five years—at least—from widespread adoption.

So reducing the quality of video that customers watch on their phone screens, where it’s much less obvious than on, say, a 60-inch television screen, is a savvy short-term solution.

The only potential glitch is that while T-Mobile and Sprint (S) offered customers concessions, such as lower prices or data usage exemptions, in return for downgraded video, AT&T isn’t offering its customers anything.

AT&T emphasizes that it is allowing customers to switch back to high definition video for free, while Sprint and T-Mobile charge more to move up from DVD quality on their new unlimited plans. But that ignores that the two smaller carriers cut prices when they introduced the plans in the first place. Sprint’s older unlimited plan, which did not reduce video quality, cost $100 a month versus $60 for the new plan, for example.

AT&T’s popular six gigabytes per month plan costs $80 monthly now and will cost the same when the carrier switches to downgraded video quality by default early next year.

Both smaller carriers have had success luring away regular, monthly phone customers from AT&T and Verizon by bashing their larger competitors for being less customer friendly. After AT&T announced the stream saver feature last week, T-Mobile CEO John Legere was bashing them again.

“How do we know what @ATT will do (wrong) a year from now? Just look at whatever we do now & make it suck,” Legere tweeted.

Time will tell whether the feature copying can continue without having an impact on price.