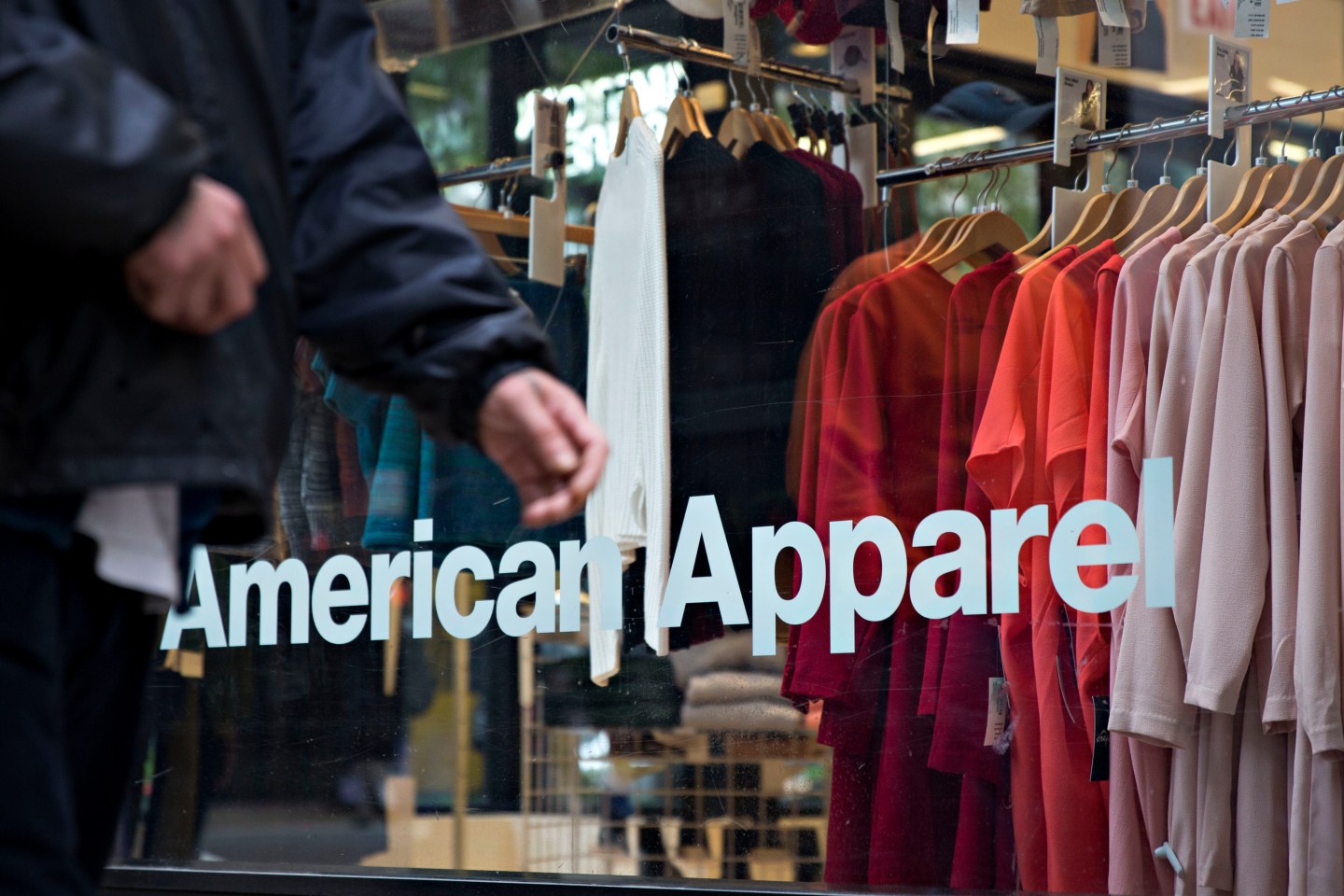 A pedestrian walks past an American Apparel Inc. store in Chicago, Illinois, U.S., on Monday, Oct. 5, 2015. American Apparel Inc. bought itself time and relief when it filed for bankruptcy protection today, but there's still a long way to go if the struggling retailer is to pull itself out of a sales rut and win back shoppers.
Photograph by Daniel Acker — Bloomberg via Getty Images

American Apparel filed for its second bankruptcy protection in just over a year on Monday, weighed down by intense competitive pressures facing U.S. teen retailers and a rocky relationship with its founder.

The second bankruptcy comes as the retailer struggles to overcome years of losses and rising online competition. The company became a part of popular culture for its racy advertising and mercurial founder, Dov Charney.

American Apparel, known as much for its sexually charged advertising, listed assets and liabilities in the range of $100 million to $500 million, according to a Delaware court filing.

Gildan will not be purchasing any retail store assets, it said in a statement.

The bankruptcy filing allows American Apparel to hold an auction for its assets and business under which Gildan’s proposed acquisition would constitute the initial bid.

“Gildan has asked for the opportunity to maintain certain of our manufacturing, distribution and warehouse operations in and around Los Angeles,” American Apparel Chairman Bradley Scher said in a letter to employees, a copy of which was obtained by Reuters.

The company said last week it was winding down its operations in the U.K. The U.S. proceeding—a so-called “Chapter 22,” a play on words for a second Chapter 11—is separate.

American Apparel filed its first bankruptcy in October 2015 following a steep drop in sales and drawn out legal battle with Charney, who was ousted in 2014. It emerged from bankruptcy in February under the ownership of a group of former bondholders led by hedge fund Monarch Alternative Capital.

The company has insisted that any deal keep its manufacturing plant in the United States.

At least eight U.S. teen retailers, including Wet Seal and Pacific Sunwear of California, have filed for bankruptcy in the past two years, as the spending habits of young people shift and they visit malls less often.

The case is in the U.S. Bankruptcy Court for the District of Delaware, case number 16-12551.