That Again? American Apparel Is Reportedly About to Return to Bankruptcy 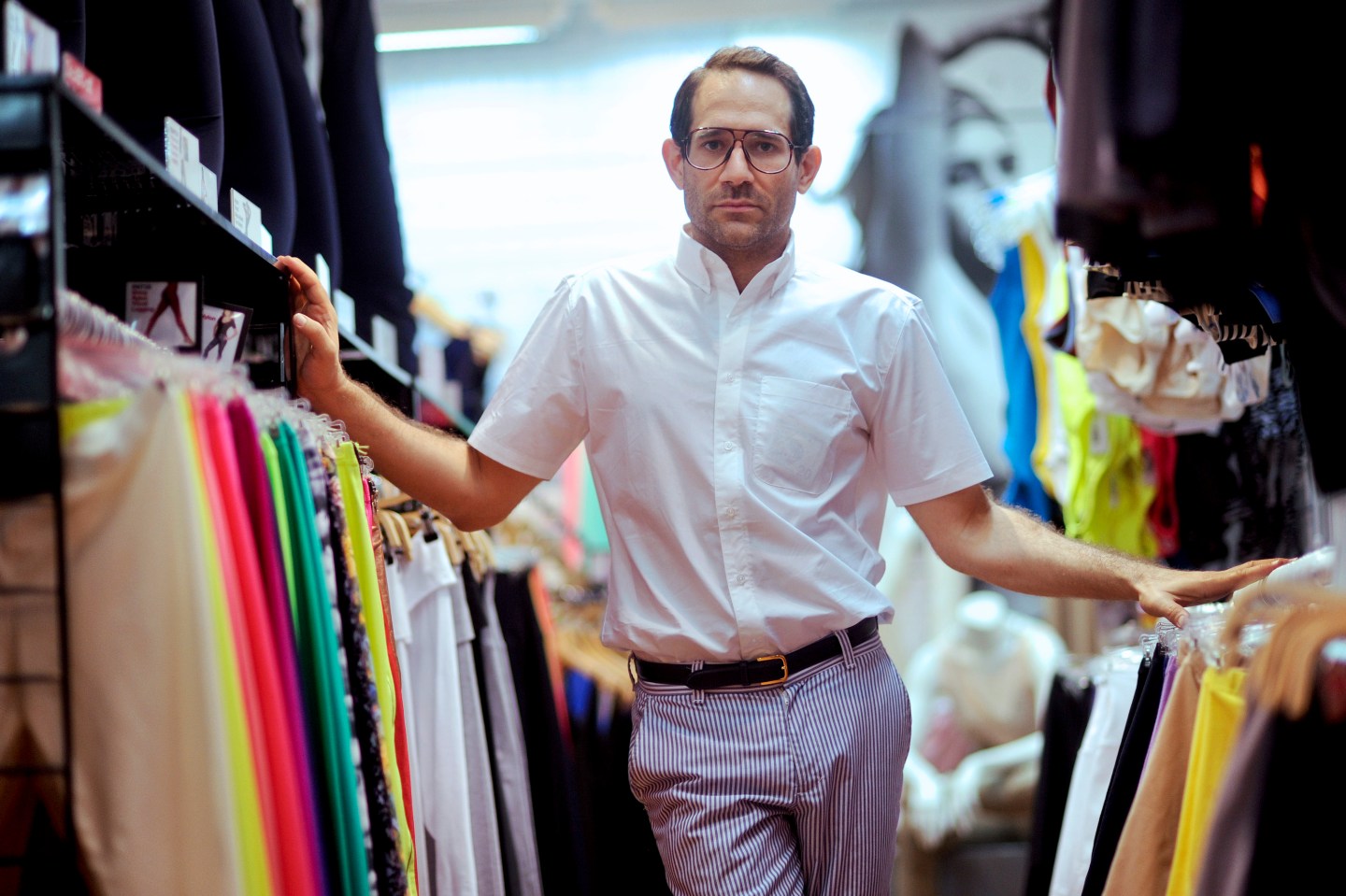 One-time hipster fashion icon American Apparel may be heading into bankruptcy yet again.

The clothing maker famous for its use of semi-pornographic ads is preparing its second bankruptcy filing in less than two years and could make the filing within the next few weeks, reports Bloomberg, citing anonymous sources.

The casual clothing brand has had a rough two years since ousting its controversial founder and CEO Dov Charney in December 2014, six months after he’d been suspended for allegedly misusing company funds and letting nude photos of a former female employee who had accused him of sexual harassment be posted on the web.

After being ousted, Charney filed defamation lawsuits against American Apparel, company chairwoman Colleen Brown, and the hedge fund Standard General, which had loaned him money to increase his stake in American Apparel in exchange for Charney ceding voting rights on his shares.

The brand’s longstanding downward sales spiral continued, and in October 2015, the company declared bankruptcy for the first time. American Apparel’s plan called for restructuring its debt and getting $70 million in new capital from creditors, as well as a $90 million bankruptcy loan. A debt-for-equity restructuring was to reduce its $300 million debt to at most $135 million, and cut its annual interest expense by $20 million.

After emerging from bankruptcy in February, with former bondholders like Monarch Alternative Capital running the show, sales didn’t grow fast enough for the company to survive, Bloomberg reports. Returning to bankruptcy now could help American Apparel by allowing it to break its leashes and shut some of its retail stores, sources told the news organization, which could set the company up for a sale. Those sources said that buyers who have expressed interest are looking most closely at the company’s brand and wholesale operations.

The turmoil at American Apparel must come as no surprise to Paula Schneider, who took over from Charney after he was ousted as CEO. As chief executive of the brand, Schneider had to fend off death threats, watch a piñata with her likeness be beaten to pieces in American Apparel’s parking lot—and face dozens of lawsuits from Charney.

“It was a T-shirt company and I had death threats. I mean, really, ” Schneider said at the Fortune Most Powerful Women Summit in Laguna Niguel, Calif., last week.

Schneider left American Apparel last month and took over as CEO of DG Premium Brands in October. She says it’s already a welcome change from the chaos.

“I don’t have a bodyguard here,” she said, “so it’s already better.”