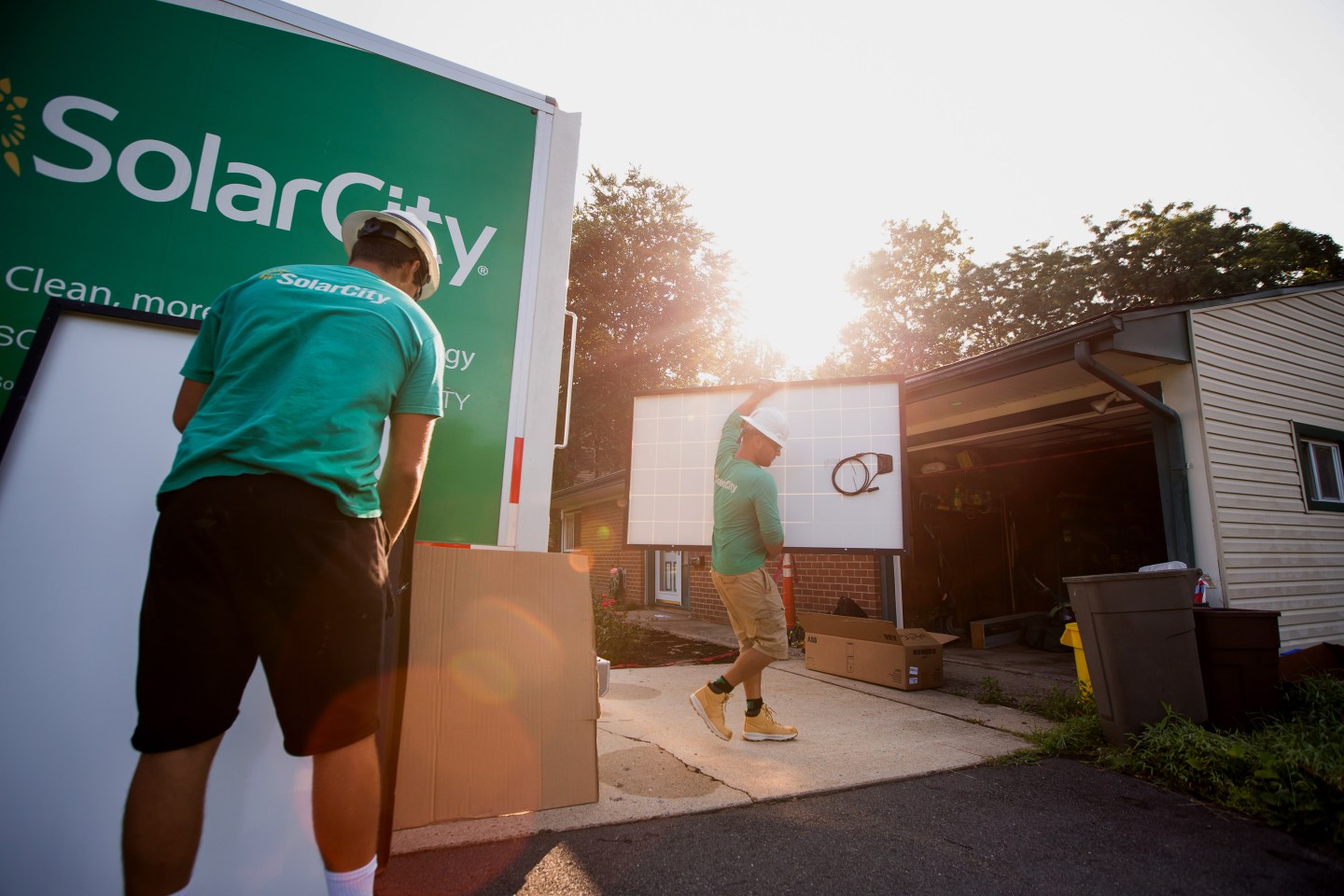 Rooftop solar company SolarCity, which hopes to be acquired by Tesla Motors, said installations exceeded expectations in the third quarter but would come in at the low end of the company’s forecast for the year.

SolarCity, backed by Tesla founder Elon Musk, said it installed 187 megawatts (MW) in the third quarter ended Sept. 30, exceeding its forecast of 170 MW. For the year, it expects installations of 900 MW, a 3% increase over 2015. In August, the company forecast full year installations of 900 to 1,000 MW.

SolarCity (SCTY) is known for its no-money-down financing schemes that allow homeowners to pay monthly fees for solar power and avoid tens of thousands of dollars of upfront costs. But investors have worried that the company has been burning through cash to finance its growth, which has slowed over the last year.

As the cost of solar panels has plummeted in recent years, consumers have become more interested in owning their solar systems rather than leasing. This allows them to claim a lucrative federal tax credit.

SolarCity said it struggled earlier this year because it was leasing installations to customers rather than offering loans so that customers could own their systems. The company started offering loans in the second quarter, and said loan and cash system sales represented 23% of gross residential MW booked in the third quarter. Loans and system sales are expected to become a larger portion of SolarCity’s business heading into 2017, the company said.

SolarCity Really Needs the Tesla Deal to Come Through

Sales costs per watt, which were stubbornly high at the beginning of this year as the company spent more to win customers, fell 18% from the second quarter to 58 cents, a penny below the 59 cents it reported a year ago.

SolarCity agreed in August to a $2.6 billion takeover offer from Tesla (TSLA). Shareholders in both companies are scheduled to vote on the deal on Nov. 17.

This story has been updated as details continue to develop.