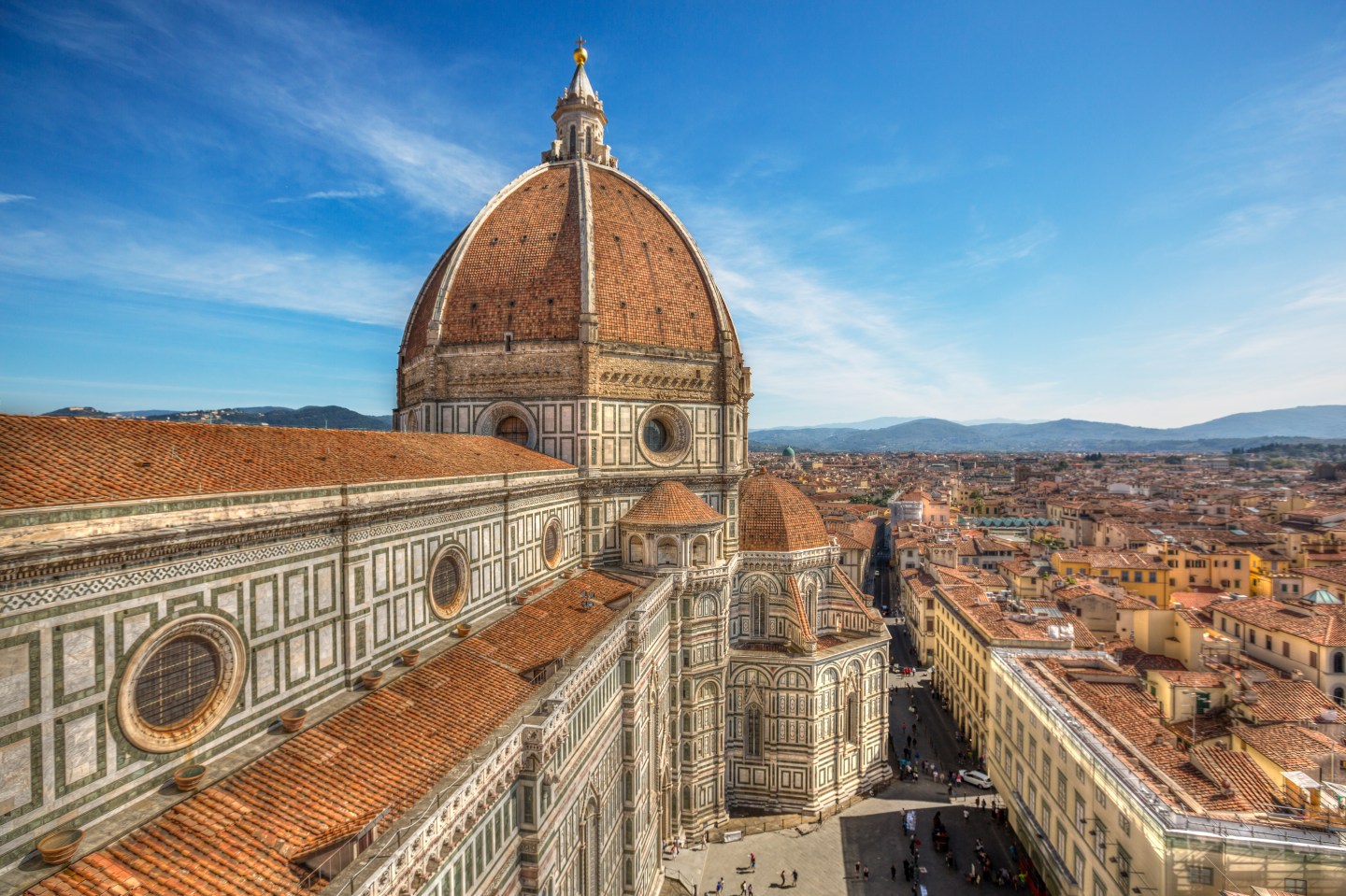 McDonald’s is suing the Italian city of Florence for $20 million in damages after the fast-food giant was refused a licensing application in the shadow of the city’s famous cathedral, Il Duomo.

Florence’s center-left mayor initially turned down the application requesting approval for a new site in the historic Piazza Del Duomo in June, reports The Guardian, following changes to the city’s licensing laws earlier in 2016. A month later, a technical panel tasked with protecting the city’s historic heart doubled down on the decision.

“McDonald’s has the right to submit an application because this is permitted under the law, but we also have the right to say no,” Mayor Dario Nardella said, speaking to Florence’s City Council, adding that the move was part of a bid to support “traditional business.”

Florence is one of Europe’s most popular tourism destinations, and the Piazza Del Duomo, where McDonald’s (MCD) was hoping to set up its golden arches, is its most visited tourist site. Meaning “Cathedral Square,” the Piazza contains several ancient buildings whose provenance dates back a millennium.

When news broke that McDonald’s was planning on opening its tenth restaurant in the city, citizens sprung into action, with 24,000 Florentines signing a petition protesting the fast-food chain’s plans.

“We completely agree that the cultural and artistic heritage and the Italian historical town centers have to be protected,” said a statement released by the fast-food chain. “But we cannot accept discriminatory regulations that damage the freedom of private initiative without helping anyone.”

Speaking in the Wall Street Journal, Florence’s deputy head of tourism and economic development Giovanni Bettarini said, “It’s a not a blanket rejection of McDonald’s. It’s just a rejection of that specific project.”