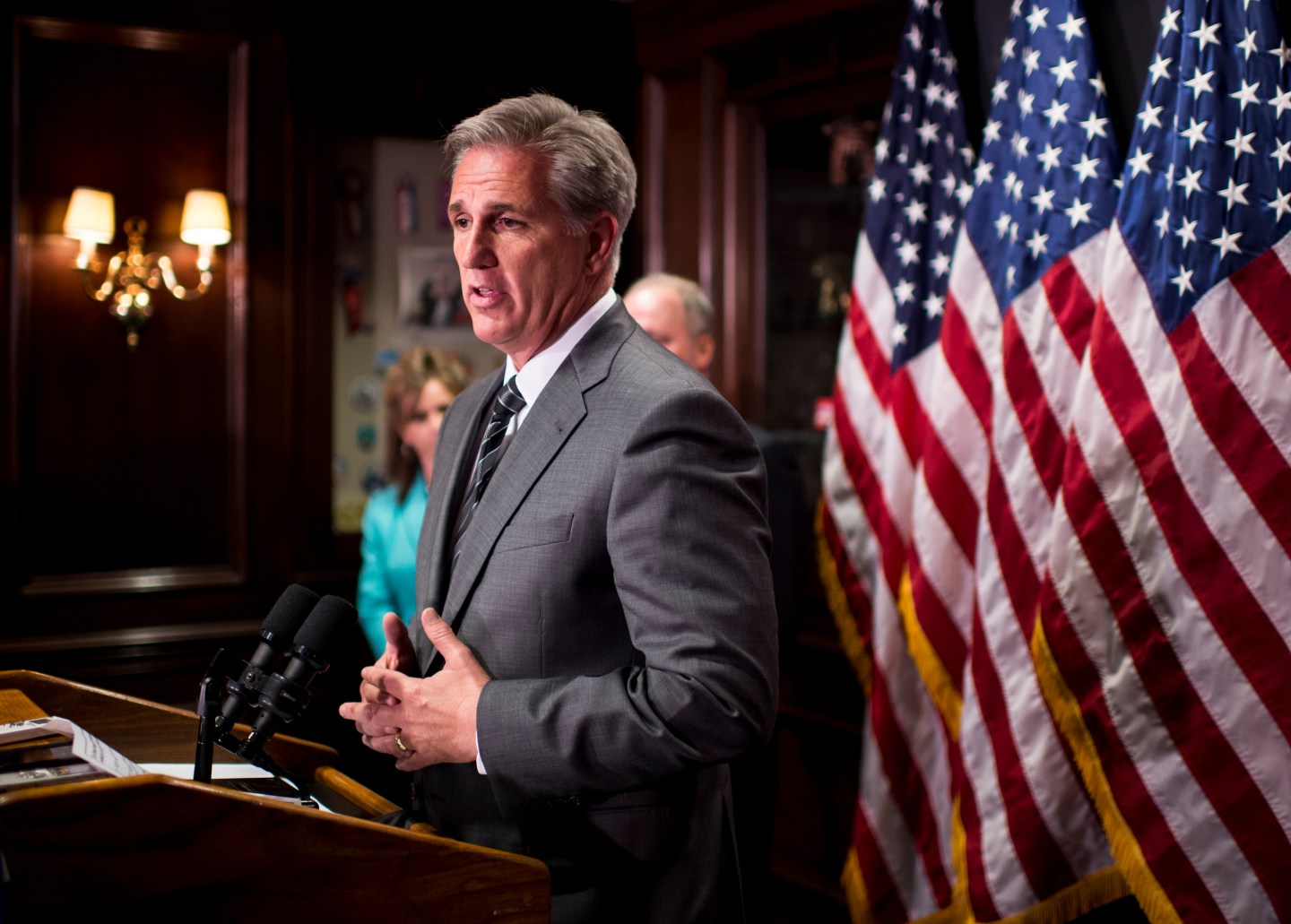 So began a remarkable conversation last week with Kevin McCarthy, the Republican congressman from California’s Central Valley and the House majority leader. It was remarkable because not one week from the ugliest, most momentous, and bitterly divisive election in our lifetime, McCarthy had called to talk about innovation—and how he was trying to support it in a bipartisan manner.

“Growth is the No. 1 answer to America’s problems,” McCarthy told me, veering ever so gently into political territory seeing as only a country with serious “problems” would need to be “great again.” (McCarthy publicly supports the candidacy of Donald Trump, a name that didn’t come up during our conversation.) To achieve that growth, McCarthy is behind 32 bills that have passed the House with overwhelming majorities and would tweak various laws to benefit entrepreneurs. One is an amendment to the JOBS Act that would include special-purpose vehicles, the effect being to broaden potential funding sources for startups. Another removes duplicative regulations on investment advisors, again making it easier for entrepreneurs to raise capital.

McCarthy, who discusses his “Innovation Initiative” here, says he has support in the Senate to move some of these bills in the lame-duck session. He plans to package a handful of the most palatable measures, a technique that benefited the JOBS Act in 2012. He didn’t take one swipe at Democrats, nor did he decry the role of government in achieving policy goals. “This is what I want my government to do: Be effective, efficient, and accountable,” he said.

Fortune’s Tory Newmyer (our ears in Washington, D.C.) tells me McCarthy’s measures are nowhere near the top of the legislative priority list. Still, anything is possible in a lame-duck session, says Newmyer, because “it’s one of the few times there’s stuff moving that actually has to pass, and odds-and-ends bills like these can sometimes hitch a ride.”

Call me idealistic, but I just thought it was swell to chat with a congressional leader about bipartisan efforts to enact laws that would help the country. We’re going to need a lot more of that talk in days to come.