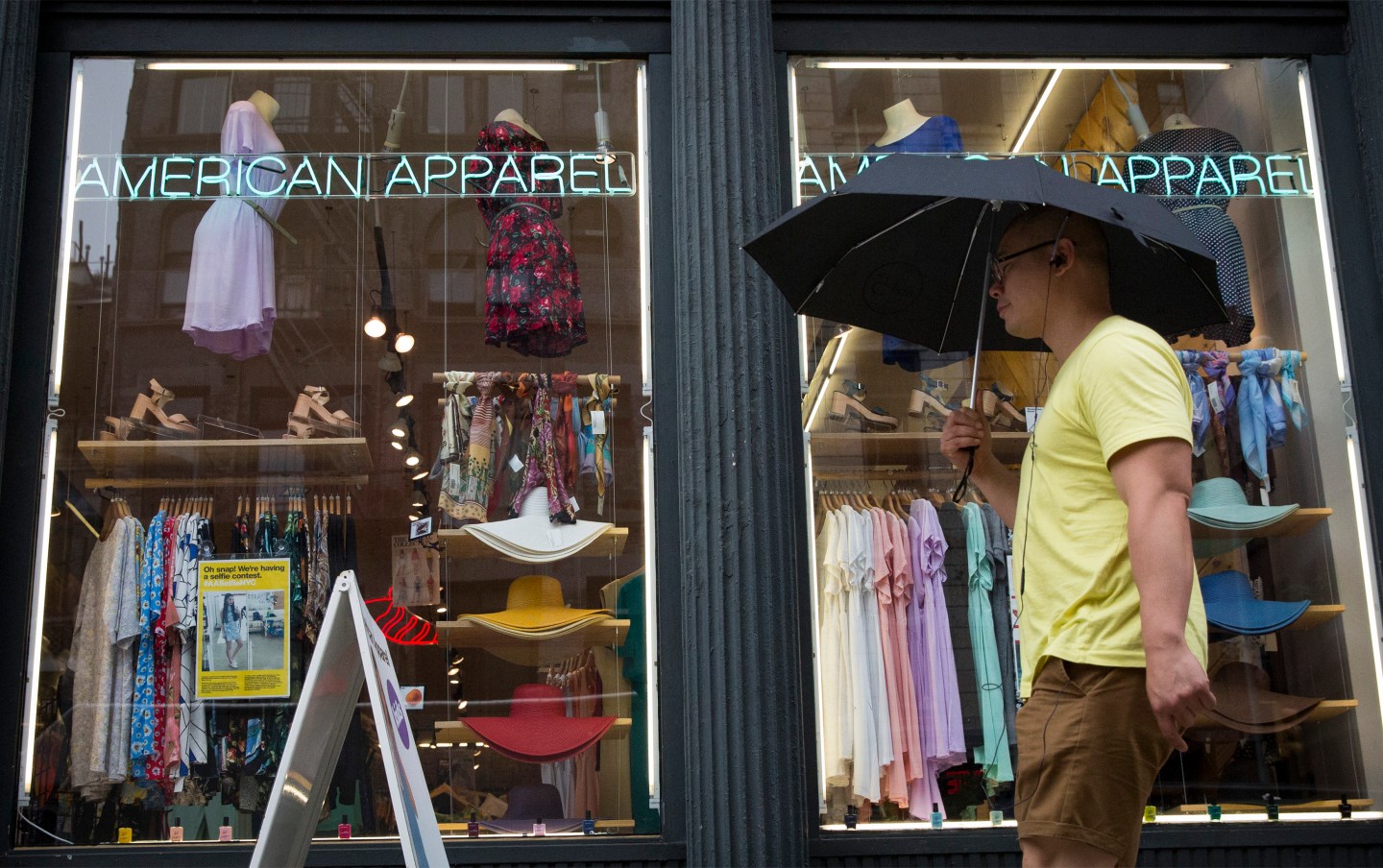 American Apparel (APP) has resumed talks with at least two potential bidders for the U.S. teen clothing retailer, after bankruptcy sale negotiations with brand licensor Authentic Brands stalled earlier this week, a source close to the company said on Tuesday.

American Apparel is looking for a buyer as it prepares for its second bankruptcy in as many years. Declaring bankruptcy would allow any buyer of the Los Angeles company to avoid tens of millions of dollars in liabilities, including leases for around 140 stores in the United States and Canada.

The company is discussing a bankruptcy sale to brand licensor Sequential Brands and financial services company B. Riley Financial, among others, the source said.

American Apparel had been close to agreeing to a sale to Authentic Brands earlier this week and it remains interested, the people said.

Reuters was unable to obtain comment from Authentic or American Apparel on the reason for the slowdown in their talks.

If American Apparel does not come to an agreement with a buyer, it will file for bankruptcy and run a sale process after, the people said. The company said on Tuesday it was winding down its operations in the U.K.

Any potential deal to sell its business in the United States must ensure that American Apparel continues to manufacture in that country, despite cheaper alternatives overseas, the people said.

Talks with all potential buyers may still fall apart and new bidders may emerge, the people cautioned. They asked not to be identified because the matter is confidential.

Spokespeople for Seqeuential and B. Riley did not immediately return requests for comment.

American Apparel hired investment bank Houlihan Lokey earlier this year to explore a sale, months after emerging from Chapter 11 bankruptcy. Like many teen clothing retailers, it has struggled as young shoppers increasingly prefer to buy their clothes online and at fast fashion retailers including Zara .

The company has also had a difficult relationship with its founder, former chief executive Dov Charney, who was fired in 2014 for allegedly misusing company funds and failing to stop a subordinate from defaming former employees. He later made a failed attempt to buy back the company.

American Apparel has been owned by its former bondholders, a group of hedge funds led by Monarch Alternative Capital LP, since emerging from its first bankruptcy.

At least eight U.S. teen clothing retailers, including Aeropostale and Pacific Sunwear of California Inc, have filed for bankruptcy in the past two years.