T-Mobile Has a Cheaper Plan for Wi-Fi in Cars 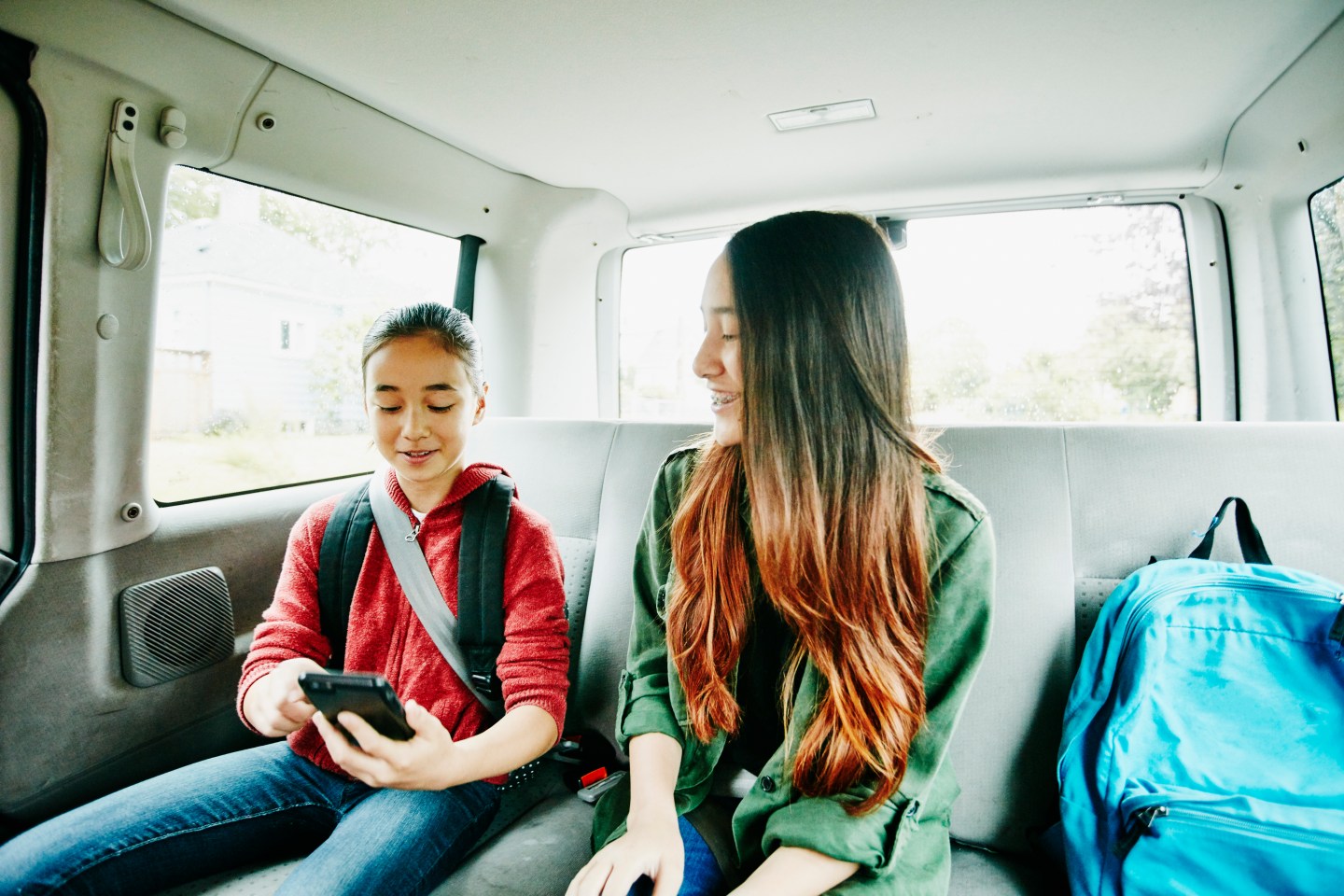 Smiling sisters looking at smartphone in backseat of van on the way to school
Photo credit: Thomas Barwick Getty Images

T-Mobile is going after a piece of the connected car market with the introduction on Monday of a small wireless plug-in module for cars called the SyncUp Drive.

The ZTE-made device plugs into a common data port in cars, known as the OBD-II port, and allows users to monitor aspects of car performance and maintenance needs while also acting as a Wi-Fi hotspot.

The move comes as growth in the wireless phone business is slowing dramatically, and carriers are looking to new areas for adding revenue. One promising market carriers are all pursuing is the Internet of things, which includes connected computing devices ranging from car sensors to smart thermostats and security drones. Some 20 billion to 30 billion smart devices could be online by 2020, according to an estimate by McKinsey & Co.

T-Mobile has focused on attracting mobile phone customers for the past few years and has wildly succeeded, gaining more new subscribers than its major competitors combined. For gaining new connections, AT&T and Verizon largely have been dependent on adding customers who want other wireless services, like tablet data plans or connected car monitors. Industrywide, 55% of all new connections this year were cars and other Internet of things devices, up from 30% just two years ago, industry consultant Chetan Sharma reports.

The functionality in T-Mobile’s new device combines features of connected car services from AT&T and Verizon. AT&T sells two plug-in devices, but one does just car data monitoring and the other offers a Wi-Fi hotspot to vehicle occupants. Verizon’s Hum plug-in has the car monitoring functionality, but does not offer Wi-Fi connectivity.

The more significant difference may be in the pricing. For a user who wants to use the data connection, T-Mobile offers monthly data plans ranging from $20 for two gigabytes to $50 for 10 gigabytes to $95 for 22 gigabytes. Customers who also have a T-Mobile phone plan, however, get a discount of $10 per month.

AT&T offers two somewhat stingier monthly data options: $20 for a gigabyte or $30 for three gigabytes. But an AT&T user can also pay $10 a month and use data from their phone’s data allowance.

For its Hum monitoring device, Verizon (VZ) charges $30 for the equipment, an activation fee of $20, and then $10 per month. T-Mobile (TMUS) initially said that customers who want only the data monitoring service—and not the Wi-Fi hotspot—pay $150 for just the device, but later on Monday said a data plan was required for all users.

(Update: This story was updated at 3:12 p.m. on November 7 with T-Mobile’s statement that a data plan was required for all users.)