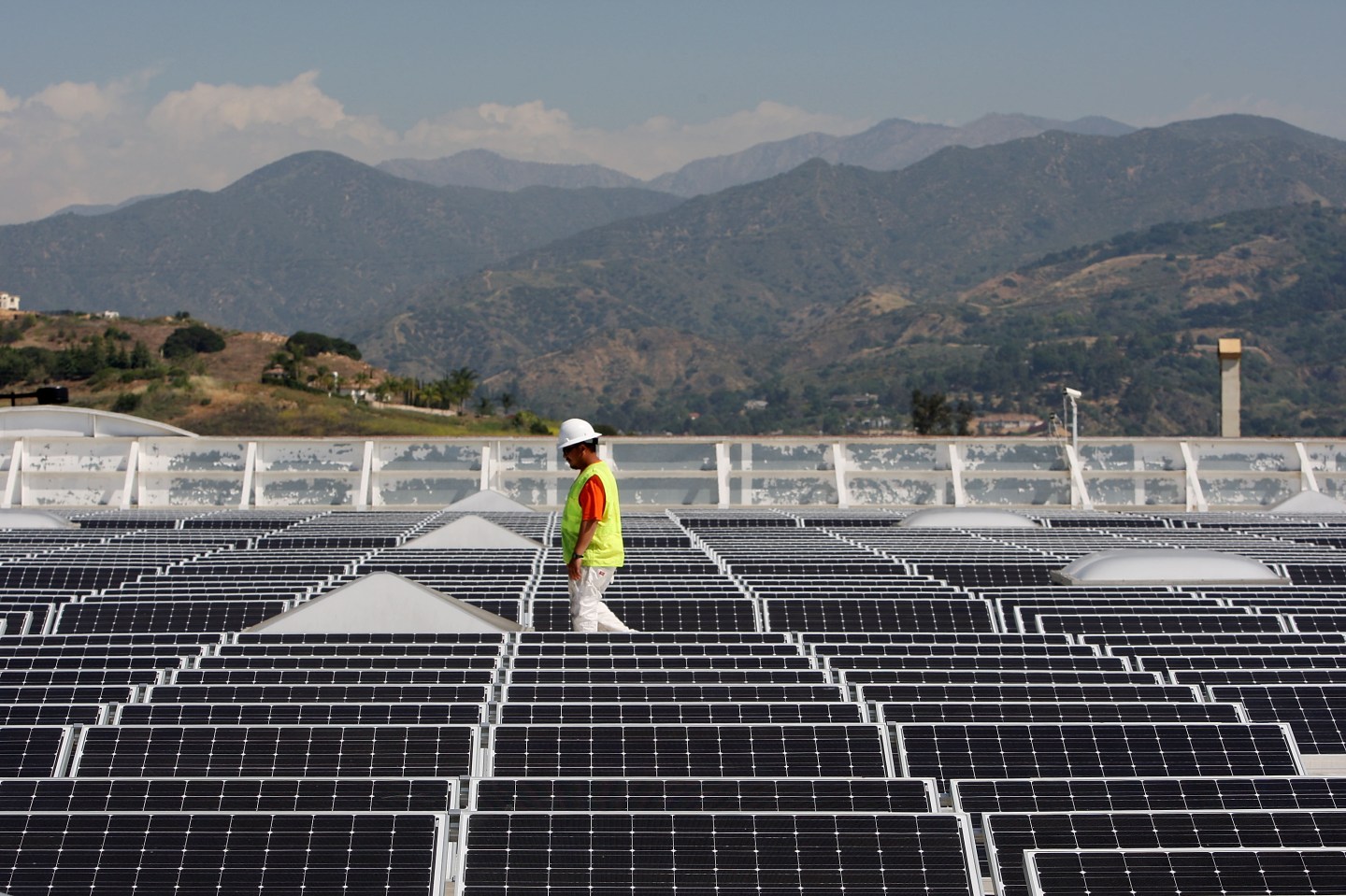 Walmart (WMT) wants to be as green as the billions of dollars it rings in every week.

The world’s largest retailer on Friday laid out a new environmental road map for the next few years as it looks to convince customers it can be a good corporate citizen that offers both low prices and responsible ecological stewardship.

Walmart said it planned to be 50% powered by clean and renewable energy sources by 2025. That compares to 25% currently, part of an initiative announced 11 years ago to reduce Walmart’s environmental footprint. But perhaps more importantly, it will help improve the reputation of a retailer that for many activists was Public Enemy No.1. Last year, Walmart took a big step toward fulfilling that long-term ambition with a deal to buy more than half of the electricity generated by a new wind power facility in Texas for the next 10 years.

The goals were laid out by Wal-Mart Stores CEO Doug McMillon at the Net Impact Conference in Philadelphia and are part of the retailer’s efforts to respond to criticism of its practices. As the world’s largest employer and company, Walmart’s efforts can influence its many suppliers and rivals to follow suit. Being a good corporate citizen will also be crucial to winning over socially conscious consumers, particularly millennials.

“Do customers care?” McMillon asked the audience. “In our experience, there are a lot of customers who do.” He added: “Over time, they’re becoming more sensitive and aware of what they’re buying and their impact on the world.”

The retailer also committed to having all its private brand products use 100% recyclable packaging in nine years and to work toward not adding waste to landfills in places like Canada and the U.S. Walmart is also looking into tech to let customers scan food to get information on its origins. The company said it will be the first retailer to have an emissions-reduction plan approved by the Science Based Targets initiative that was part of the the Paris Climate Agreement signed last year.

Other initiatives include double the sales of locally grown produce by 2025 and to eliminate certified synthetic colors and artificial flavors and get rid of other food additives where possible.