Here’s What’s Next for Yum China 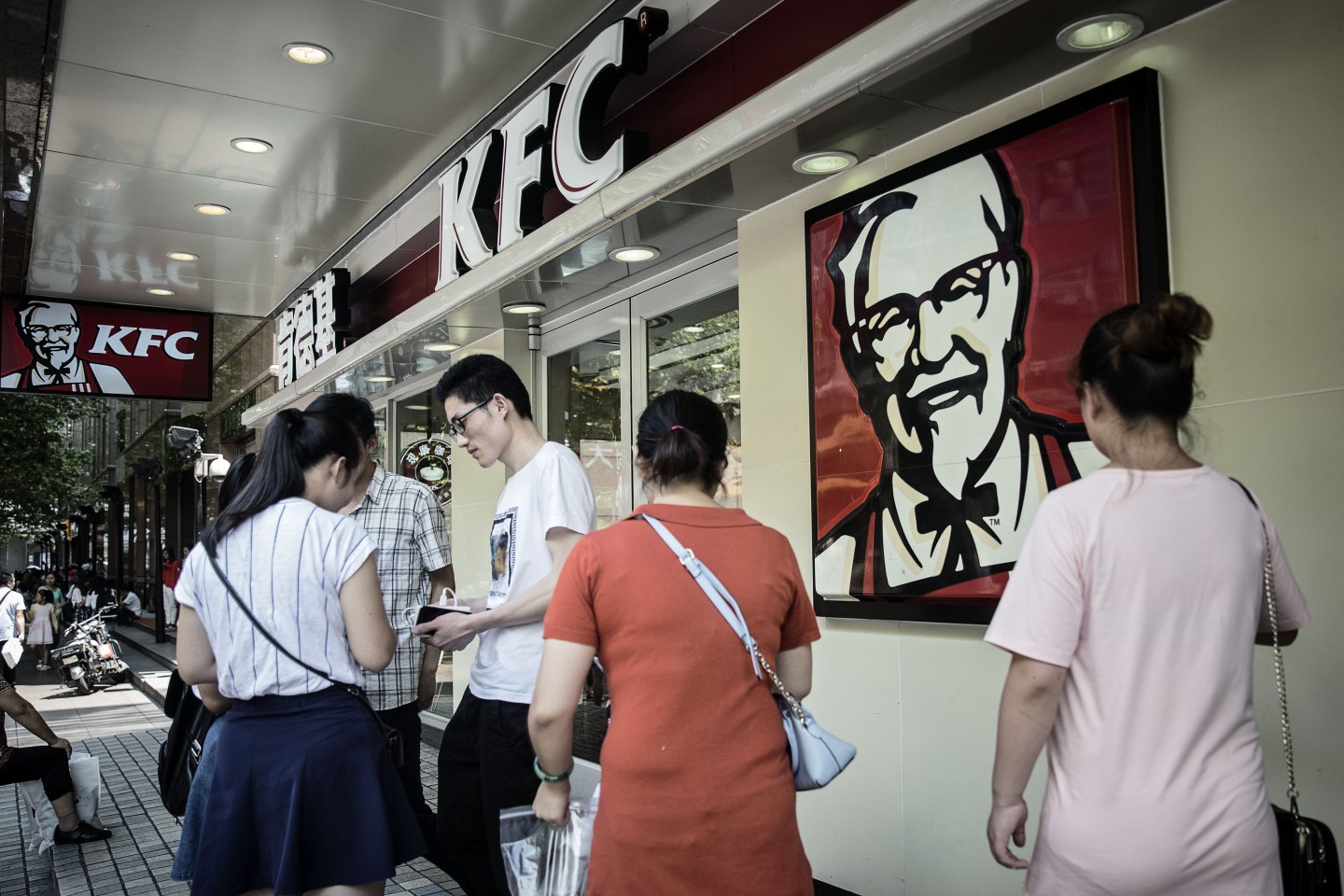 Yum China Holdings, newly hived off from its U.S. fast food giant parent, faces a tricky battle to revive sales growth in the country, chief executive Micky Pant told Reuters, given the strength of its local rivals and a volatile market.

The firm, which debuted on the New York stock exchange on Tuesday, has seen China revenues at its KFC, Pizza Hut, and other outlets flatline since 2012 even as it has opened over 1,500 new stores. It is aiming for stronger growth in 2017, though Pant said China was hard to read.

“We’ve guided to high single-digit revenue growth as our business model, but we can’t really predict year-on-year, that’s the whole point in China. You’ll go up, but the path is not always straight,” Pant said at the firm’s Shanghai offices.

As part of Yum Brands, the China unit saw stellar sales growth of over 20% each year until 2012. Since then, it has struggled with food safety scares, slower economic growth, changing consumer tastes, and stronger rivals.

Pant said that the spin-off of the China unit would not, however, mark a shift away from Yum’s American roots any further than it has done already—its brands offer Durian pizzas and popular Asian breakfast porridge congee.

“Being an American brand has upside and it has some risks… People in general love America, but they might have differences with American foreign policy,” said Pant.

Pant said Yum China will focus on building its own stores rather than via franchise partners in order to maximize returns and keep a strong grip on food safety. In the United States the vast majority of Yum stores are franchised.

“I think the franchise system in China is very nascent, it’s very new. In the U.S. you can go to people with franchise experience of 25 years… They know the whole deal,” said Pant, adding that letting go of control could be a “huge risk.”

“In the vast, vast majority (of cases), for the next several years, we will be building our own stores.”

Yum China aims to build 600 new stores each year with long-term potential for 20,000 outlets in the market. However, Pant said the focus for now would be squeezing more out of its existing 7,300 stores—even if this meant slower expansion.

“We took about $150 million of capital this year and transferred it, instead of building new units, to refurbishing our existing stores,” he said. This has included installing cashless payment systems, efficient LED lighting and digital menus.

Pant added Yum China was likely to attract more investors from Asia, while the traditional U.S. investor base for Yum Brands might be more cautious about the higher risks. One positive, though, was China’s stable political environment compared with other parts of the world.

“Look at the United States. They’ve got an election coming up in a week and no one knows what’s going to happen—that’s the biggest risk of all. At least we have stability here,” he said.