Fired Barnes & Noble CEO Gets $4.8 Million to Go Away 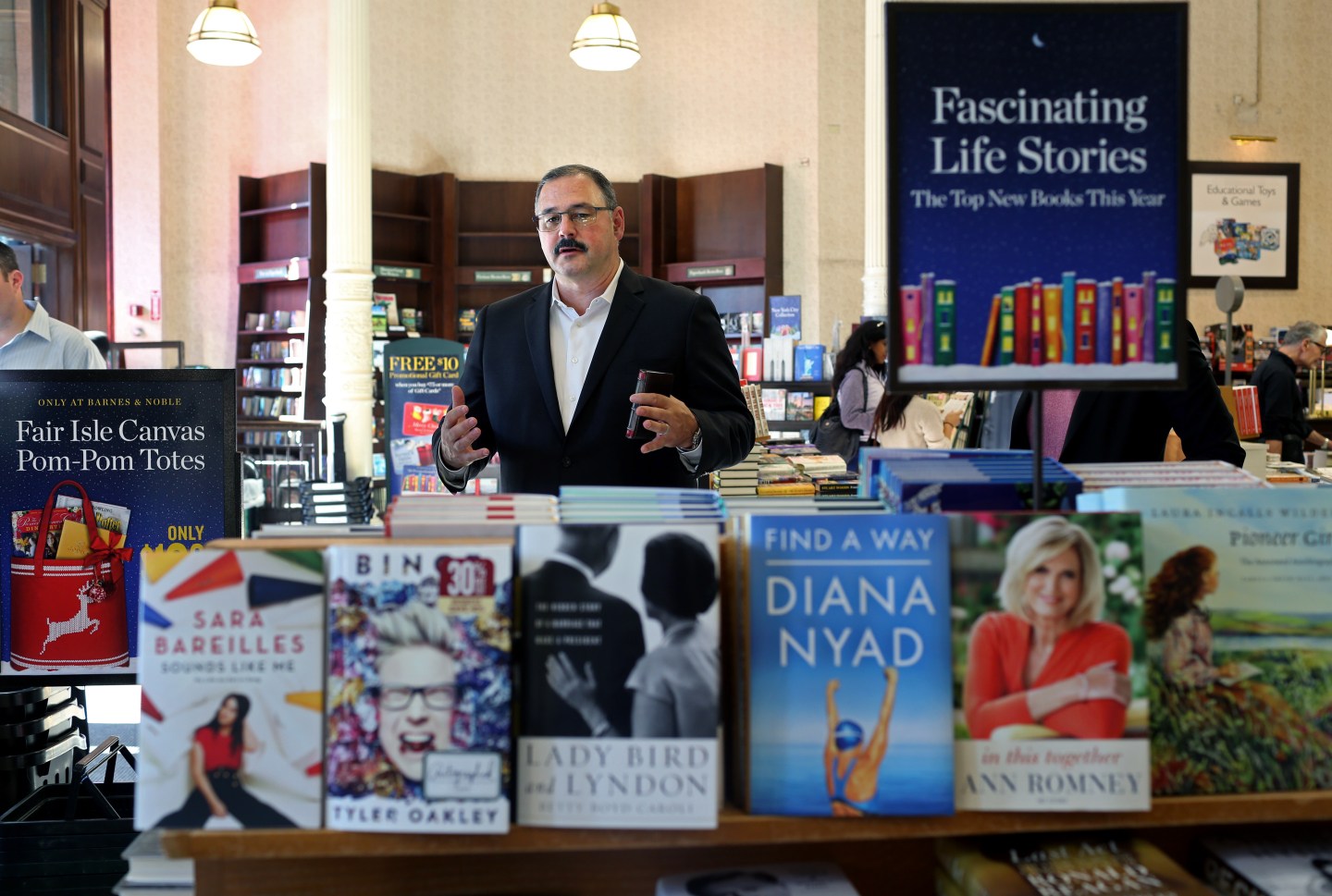 Ron Boire, chief executive officer of Barnes & Noble Inc., speaks about the company's plans for the holiday season in a Barnes & Noble store at Union Square in the Manhattan borough of New York, U.S., on Wednesday, Nov. 4, 2015. The biggest U.S. bookstore chain is counting on new do-it-yourself merchandise such as Raspberry Pi computer kits, art supplies, journals and even a Benedict Cumberbatch coloring book to lure shoppers at Christmas and beyond. Photographer: Yana Paskova/Bloomberg via Getty Images
Yana Paskova — Bloomberg via Getty Images

Sometimes it pays not to succeed.

Barnes & Noble (BKS) said in a recent regulatory filing that it would pay the CEO it fired in August after less than a year on the job $4.8 million to end all claims both parties were making again each other.

The struggling bookstore chain ousted former Chief Executive Officer Ron Boire this summer only 11 months after he took the reins, saying he “was not a good fit” in unusually harsh language for such a corporate announcement. The exit, the third time a CEO has left Barnes & Noble in three years, plunged Barnes & Noble into new turmoil just as it tries to execute a new turnaround plan.

In the U.S. Securities and Exchange Commission filing last week, Barnes & Noble took a decidedly gentler tone, saying it “regrets that things did not work out for the longer term” and wished Boire well in the future.

But don’t feel too bad for Boire: the former CEO of troubled retailers like Sears Canada and Brookstone is getting a payout equal to more than four times his annual base salary of $1.2 million.

On his watch, Barnes & Noble was attempting yet another turnaround, this time testing out new store formats with restaurants and alcohol.

But after Barnes & Noble’s business had stabilized as the growth of e-books slowed, there were new signs of pressure on its core selling business: in the fourth quarter of fiscal 2016 ended in April, Barnes & Noble’s comparable-store sales fell 0.8% and the company expects those figures to rise only modestly in the current fiscal year. And its website was still being rebuilt this year, an extraordinary handicap for competing with Amazon.com.

The company never said explicitly why it had fired Boire. But on a conference call in September to discuss first quarter results, Leonard Riggio, the company’s founder, top shareholder, chairman, and interim CEO told Wall Street analysts Barnes & Noble had “shot itself in the foot somewhat by making unprecedented inventory reductions.” That deprived the bookseller unnecessarily of sales. And he also lamented expense cutting decisions that meant less sales staff on the floor, hurting customer service.

Barnes & Noble is once again conducting a CEO search, but Riggio said on that conference call that the bookseller will take its time this time around.