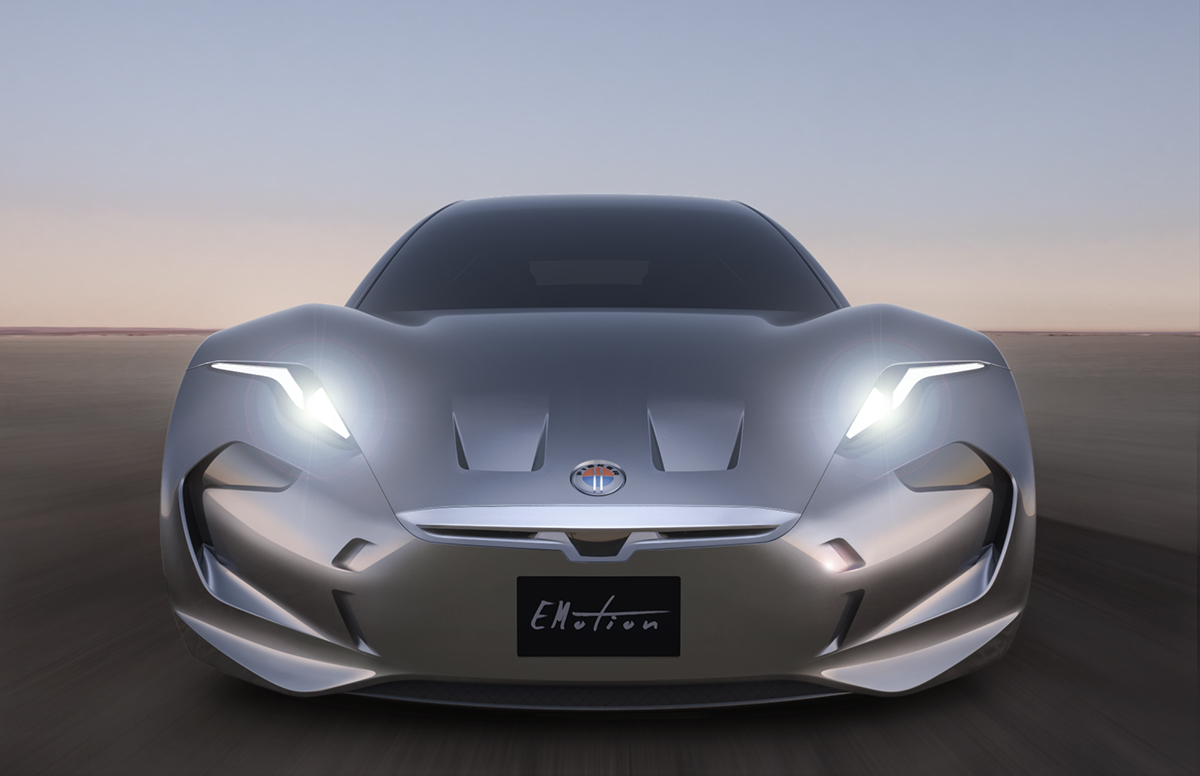 Car designer Henrik Fisker says the first car to come out of his newly launched company Fisker Inc. will be a luxury electric sedan that will be able to travel 400 miles on a single charge, reach a top speed of 161 miles per hour, and be equipped with hardware that will allow fully autonomous driving.

The new company did not offer any specifics about what self-driving hardware it will use or if it’s even started testing it on a prototype. In its Monday announcement, the company did say the fully autonomous driving capability would not be available until it meets regulatory approval. The company says it will announce its self-driving car technology supplier “soon” without providing further details.

The new car, called the Fisker EMotion, will be shown sometime in mid-2017, Fisker said in an announcement today. The car will be produced in an existing facility in the U.S., Fisker said without providing more details.

Get Data Sheet, Fortune’s daily newsletter about the business of tech.

If Fisker is successful the car would surpass the electric range capabilities of every electric vehicle on or about to hit the market. General Motor’s new Chevy Bolt electric vehicle, which is going into production this quarter, has a 238-mile range. Tesla will begin production of its $35,000 Model 3 electric car next year. The Model 3 will have at least a 215-mile range.

Essentially doubling GM and Tesla’s battery range numbers is a high bar for any car company, let alone a startup that has yet to produce any cars. Of course, just because the car will be unveil sometime next year doesn’t mean it will be produced anytime soon.

Fisker is the original founder of the now defunct Fisker Automotive, the buzzy electric car company that famously imploded after raising a staggering $1.2 billion from public and private funds. Fisker resigned as executive chairman in March 2013. The following year Wanxiang Group, China’s largest automotive parts company, snapped up Fisker’s assets for $149.2 million in a bankruptcy auction.

Wanxiang and its subsidiary named Karma Automotive is now producing a reincarnation of the original Fisker Karma car. Wanxiang’s $130,000 car was unveiled in September.

The new Fisker Inc. was short on many of the important details that would help discern whether the company will be able to pull this off. However, there was some information about the car’s design and its battery.

The new car will have a composite, carbon fiber, and aluminum structure with large curved front windshield that will be pushed forward to lower its height and make it more aerodynamic. The rear of the car will have an integrated spoiler.

The electric powertrain will use battery packs produced by a joint venture between Fisker Inc. and Nanotech Energy Inc. The layout of the powertrain has allowed designers to increase the interior space, according to Fisker.