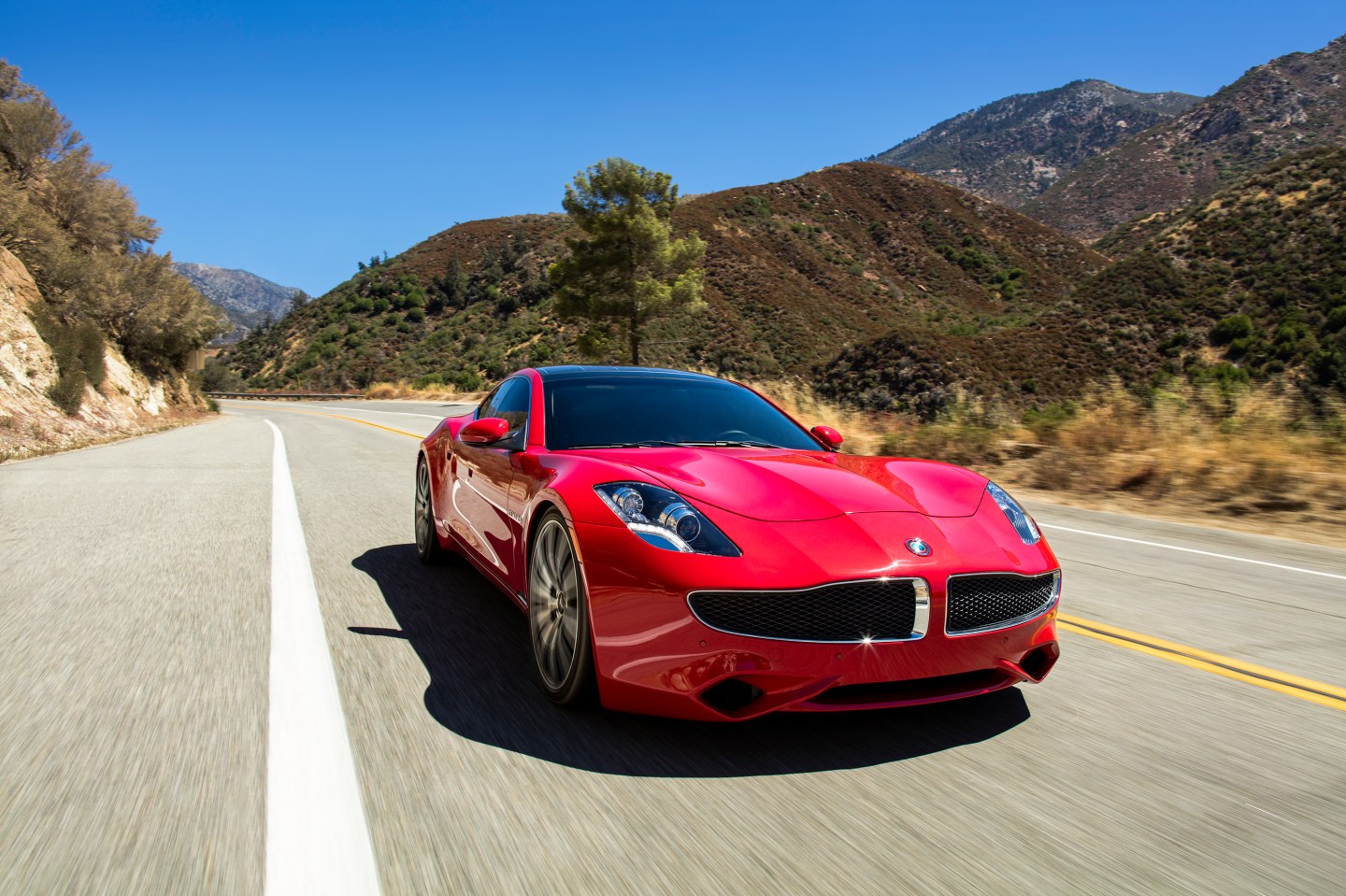 Back in 2011, car designer and entrepreneur Henrik Fisker, then-CEO of Fisker Automotive, put his first extended-range hybrid, the Karma, on sale for $102,000. It was a short-lived success; ongoing financial struggles resulted in the company filing for bankruptcy in 2013 the company and closed its doors.

Fast-forward to yesterday, when the “new” Karma Revero four-door plug-in hybrid was unveiled in Huntington Beach, Calif. No, it’s no longer Henrik Fisker’s—China’s Wanxiang bought Fisker’s assets out of bankruptcy back in 2014 for $150 million and renamed it Karma Automotive—but the car is basically the same. Except now it is retailing for $130,000.

So, what’s new? Apparently the software interface is, and thank goodness, because the old system in the Fisker version was so difficult to use and slow that customers were known to crack the screen from pushing too hard to get it to respond. Rightware’s Kanzi software powers both the Revero’s digital instrument panel and the high-res infotainment system.

The powertrain remains the same—a turbo-charged four-cylinder GM-supplied gas engine and batteries from A123 with capacity increased to yield 50 miles of electric range . The company claims that it’s managed to shave off one second in the car’s zero to 60 mph time in Sport mode, dropping it to a decent 5.4 seconds. (As a comparison, a Tesla Model S P100D pulls it off in 2.5 seconds, and has a base price of $134,500.)

Karma Automotive is also proud of the fact that the car’s original solar roof panel, which powered only a supplemental 12-volt system in the “old” model, is now standard and capable of directly adding to the car’s range. That sounds directionally quite positive, but the net-net is that the panel can increase range by a measly 1.5 miles a day at best, depending on weather.

Wanxiang has invested in a 550,000 square-foot manufacturing facility in Moreno Valley, Calif. There are only currently ten retailers in the U.S. where you can preorder the Revero starting later this month. The company has not stated when the first cars will be delivered to customers.

The oddest detail of all? The company’s pride around the car’s circular badge on the hood, which it claims is hand-painted—an industry first. All in all, it’s early days, but already it sounds like yet another long, uphill battle for a good-looking but challenged four-door. Then again, in its previous iteration under Fisker, the car survived numerous quality issues, bad reviews and one bankruptcy, so there’s a chance it will prove itself to be a phoenix over time.