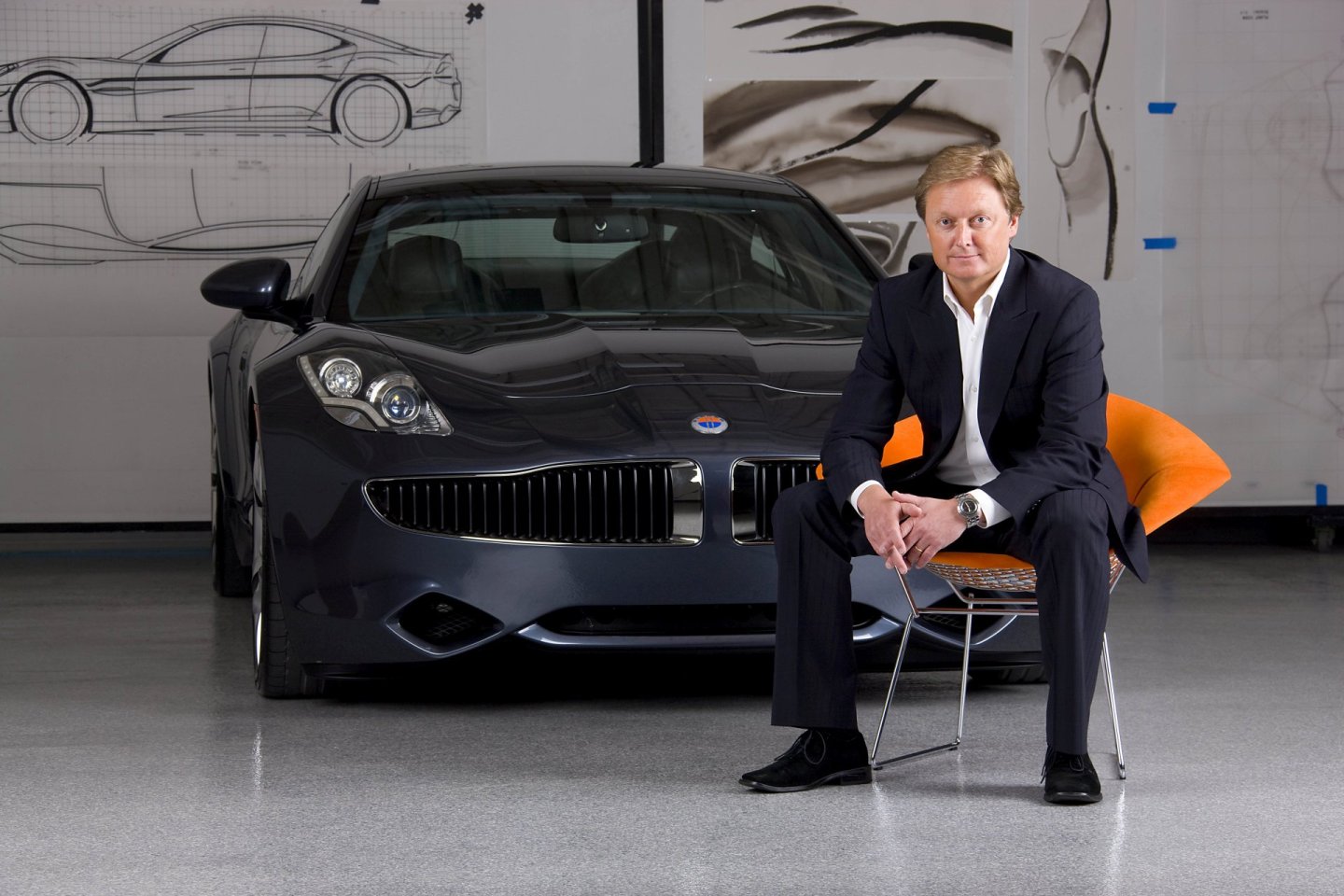 If you were surprised that Chinese auto giant Wanxiang would want to revive the tech behind the formerly bankrupt electric car maker Fisker, get ready to be even more surprised and a little confused.

The original founder of Fisker, car designer Henrik Fisker, said on Tuesday that he’s launching a new (and totally separate) company called Fisker Inc, which will use new battery technology to make an electric car in the spirit of his original one.

Fisker’s new company has no affiliation with Wanxiang and its subsidiary named Karma Automotive, which is also building a reincarnation of the original Fisker Karma car. Wanxiang’s car was unveiled last month at an event in Huntington Beach, Calif.

Thus, from the ashes of a company that lost over $1 billion, a $139 million loan from the Department of Energy, and became a political punching bag, there are now two competing companies looking to revive parts of the brand and original idea.

Fisker says his new company will build an electric car that is “a spiritual successor to the Fisker Karma,” and it will be shown off during the second half of 2017.

The car will have “the world’s longest electric range of any production car previously developed,” or more than 400 miles, he claims, thanks to new battery tech built by a division of Fisker Inc, called Fisker Nanotech. The battery tech will supposedly have a chemistry that is “unlike anything used by an electric vehicle to date,” and will use “new packaging” and “lightweight materials,” according to a release.

Beyond the superlatives, the new company doesn’t reveal the chemistry that will be used or the battery’s metrics.

But after a series of struggles, technical issues, and mismanagement, the company delivered about 2,000 cars and ran out of money, later declaring bankruptcy. Wanxiang bought Fisker’s assets out of bankruptcy in 2014, as well as battery company A123 Systems, which provided batteries for the original Fisker Karma.

For more on the original Fisker Karma in 2011, watch:

That company, which Wanxiang dubbed Karma Automotive, has been working on redeveloping the original car ever since.

Apparently so has the designer-founder. Fisker tells Bloomberg that he’s been working “in stealth mode” relaunching the company over the last two years.

We’ll see how Wanxiang’s Karma Automotive responds to the move.

In 2008, Tesla [fortune-srock symbol=”TSLA”] accused Henrik Fisker of stealing some of Tesla’s design ideas and trade secrets, after agreeing to contracting work with Tesla and then launching the original Fisker Automotive. That suit went to arbitration a few months later.