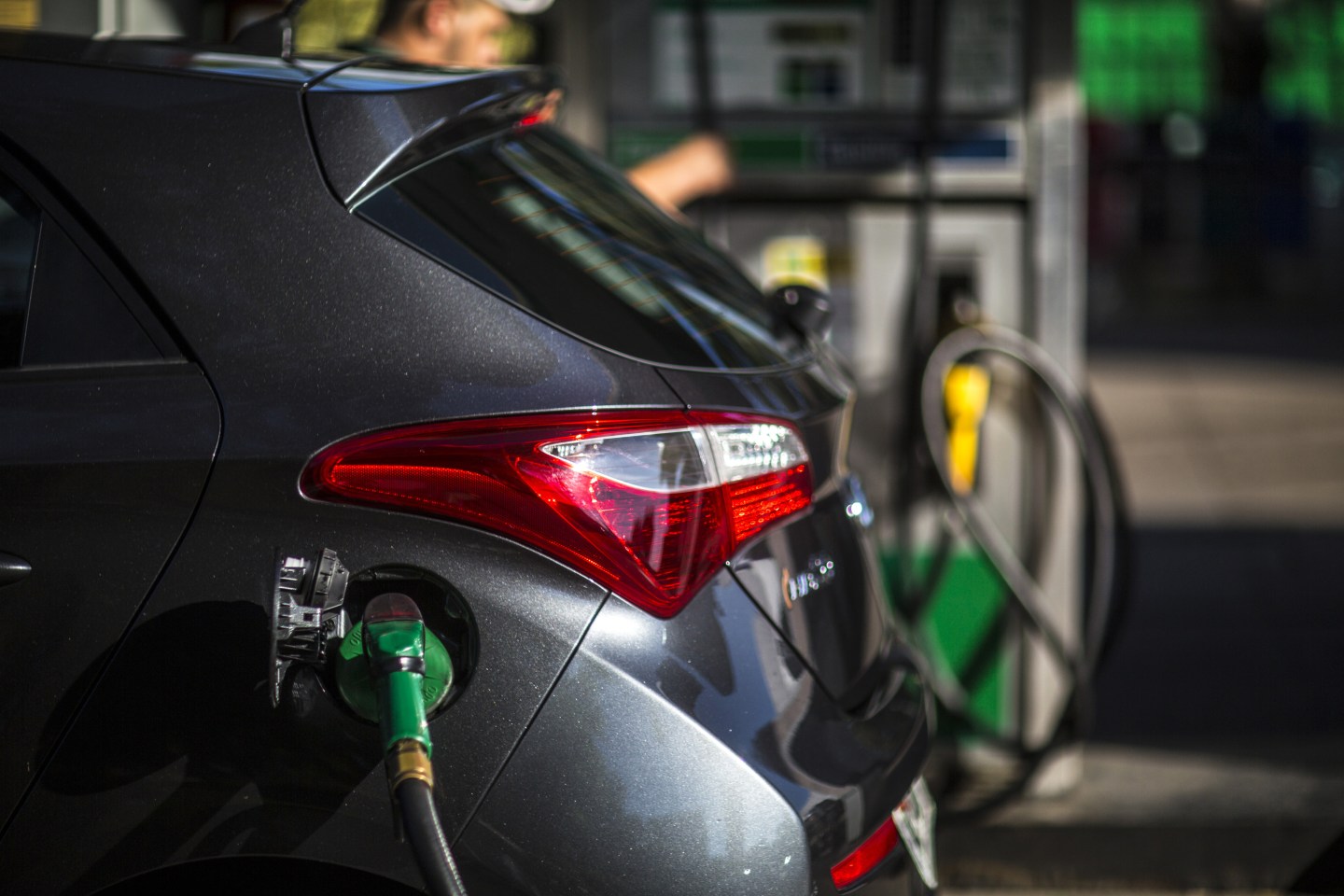 A car is filled with gas at a Petrobras BR station in Rio de Janeiro, Brazil, on Wednesday, April 6, 2016. Petrobras Chairman Nelson Carvalho has opposed a management proposal to reduce the price of gasoline in a bid to boost sales, said a person familiar with the discussions. Photographer: Dado Galdieri/Bloomberg via Getty Images
Photo by Dado Galdieri/Bloomberg via Getty Images

A study released this month by the American Lung Association finds that, while a gallon of regular gas now averages around $2.22 nationwide, that price does not reflect about $1.15 in healthcare and other costs imposed on taxpayers, healthcare consumers, and businesses when it is used.

The study is based on data from ten states that have adopted California’s aggressive goals for transitioning to zero-emission vehicles (ZEVs). In 2015, those states—including New York, Oregon, and New Jersey—suffered $24 billion in health-related costs, including 220,000 lost work days, from asthma, heart attacks, and other ailments caused by vehicle emissions.

Those states also suffered $13 billion in climate costs from vehicle emissions, including costs to agricultural productivity and property damage from increased flood risk. The transportation sector produces 49% of greenhouse emissions in the states surveyed.

According to the ALA’s calculations, that means every 16 gallon tank of gas used in 2015 generated $11.82 in healthcare costs and $6.55 in climate-related costs.

The ALA also estimated the future cost savings of a transition to zero-emission vehicles. If 100% of new cars sold by 2050 are battery-electric, plug-in hybrid, or hydrogen fuel cell vehicles, and 65% of the entire passenger fleet is made up of such vehicles, the ten ZEV states will save $20.5 billion in annual health costs and $12.8 billion in climate costs.

The social costs of vehicle emissions are what’s known in economics as an externality—a cost (or benefit) of a product that isn’t reflected in its market-derived price. Other examples of negative externalities include the damage water pollution can do to the fishing industry, or the quality of life damage caused by outdoor advertising. The quintessential positive externality is education, whose economic benefits reach far beyond the individual being educated.

In some markets, particularly in Europe, high taxes have long been imposed on gasoline, in part as an attempt to make its price better match its real social costs, and to financially offset those impacts.

For more on tech and the environment, watch our video.

The ALA study arguably oversimplifies the link between emissions in a region and climate costs in that region, because the impact of greenhouse gases on climate change are global rather than local. The dispersed nature of climate impacts has contributed to the challenge of negotiating greenhouse-gas reduction treaties, thanks to what’s known as the free rider problem. All nations benefit more or less equally when one chooses to reduce its emissions, while only those making cuts suffer the economic impacts of reduced fossil fuel use, making it extremely tempting for individual actors to do nothing.

But the particulates that cause most emissions-related health problems, such as microscopic soot and ash, do have highly localized impacts. The new study shows that many of the benefits of the transition to zero-emissions vehicles are quite local—and quite substantial.