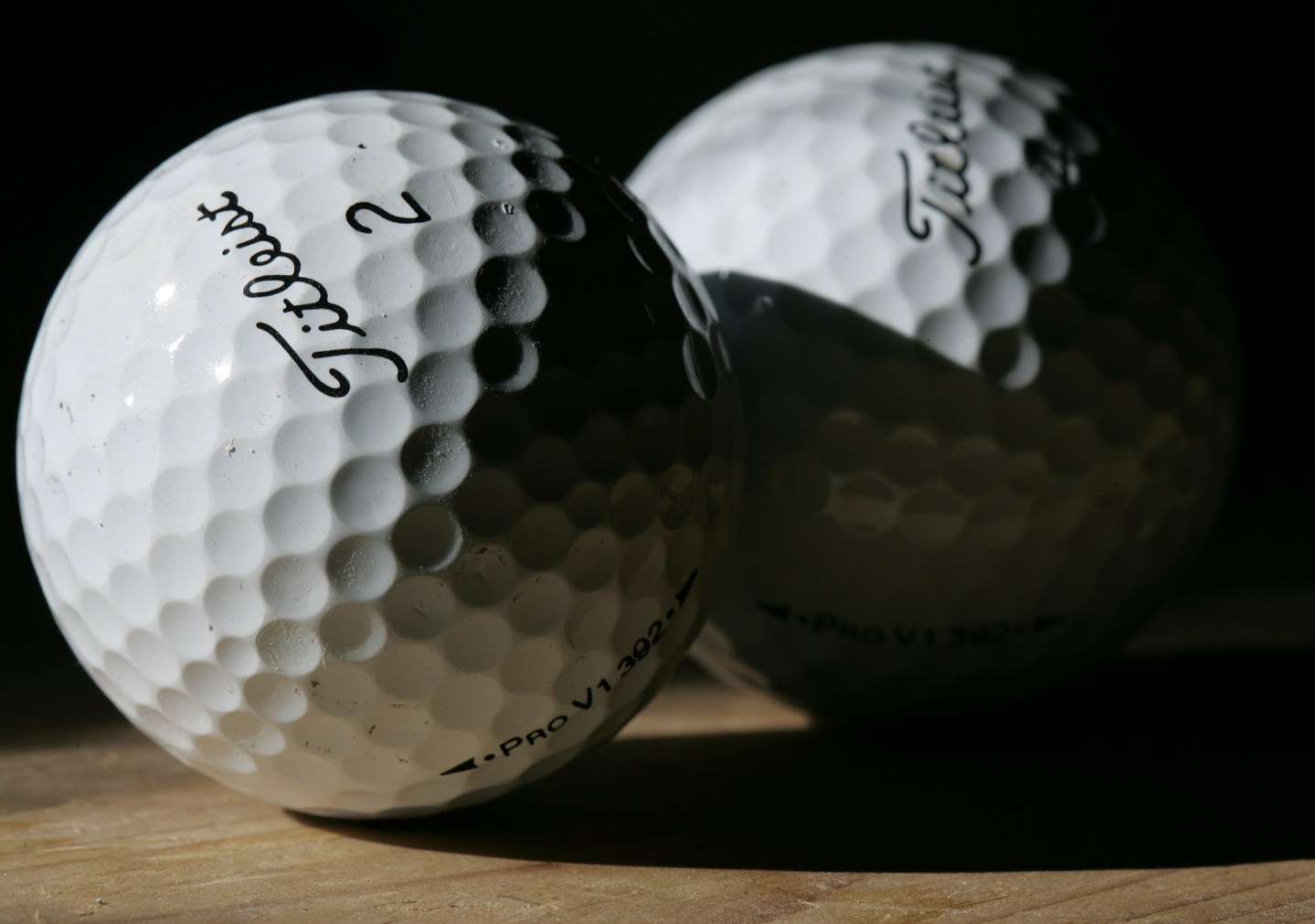 In 1932, Phil “Skipper” Young, a Massachusetts-based rubber entrepreneur—his company made bathing caps and gas masks—was out playing golf. He missed a clutch, well-struck putt, and perturbed, he took the ball to be x-rayed. He was dismayed to find the ball’s core was off-center. A few years later, with the help of a buddy from MIT, he was making (properly centered) golf balls. He branded them “Titleist.”

In the 84 years since, Young’s company has gone through many iterations, but Friday marked a new chapter for the $1.5 billion, Fairhaven, Mass-based business, now known as Acushnet Holdings. Under the ticker GOLF, the company, whose portfolio now includes FootJoy golf gloves and Scotty Cameron Putters, made its debut on the New York Stock Exchange at $17 per share. But it was not a stellar opening day. The offering price was below the $21-to-$24 range at which the company had originally planned to price shares, and the stock peaked at $18 in the morning, before closing at $17.25.

Acushnet was previously owned by a group of Korean investors including Fila, after being spun out of Fortune Brands (now spirit maker Beam Inc.) in 2011. Its IPO comes at what would seem an awkward time for a golf equipment company. Nike and Adidas both announced they were fleeing the business earlier this year.

And, for years, the sport has been on the decline in the U.S. 24.1 million Americans played golf in 2015 down from a peak 30 million in 2005 according to the National Golf Foundation. Between 2006 and 2014, the number of golf rounds played declined. Other bad signs: Scores of courses have closed; the game hasn’t caught on with Millennials; Tiger Woods has yet to make his long-awaited return to the game.

Acushnet CEO Wally Uihlein is not particularly troubled by these trends, which he says reflect “a necessary correction” rather than a downturn for the sport. For a time, golf boomed because of “occasional players,” he says, which led to an oversupply of courses and retail merchandise.

Uihlein believes Acushnet is well positioned for the future given its focus on “dedicated golfers,” whom he defines as a “resilient” category of 8 million players who hit the links regularly and spend $1,200 a year on the sport in the U.S. (and twice that in Japan and Korea).

Indeed, Acushnet’s venerable brands dominate the game. The Titleist ProV1 golf ball has been the most popular in the sport since 2000. (Titleist golf balls account for 36% of the company’s revenues.) And both FootJoy and Titleist are leading brands on the PGA Tour, which Acushnet says helps in its “pyramid of influence” marketing strategy: Golfers aspiring to play better buy what the pros use.

Uihlein also sees growth opportunities in overseas markets like China and in his company’s customization efforts. Acushnet conducts hundreds of thousands of club and ball fittings each year, and works to educate customers on how they can improve their game with equipment tailored to their own personal swing speed and style.

Acushnet is also counting on corporate America to stay in the game. Among the risks listed in its IPO filing: “a decrease in corporate spending on our custom logo golf balls.” Those customized products accounted for more than 25% of the company’s global net golf ball sales in 2015.