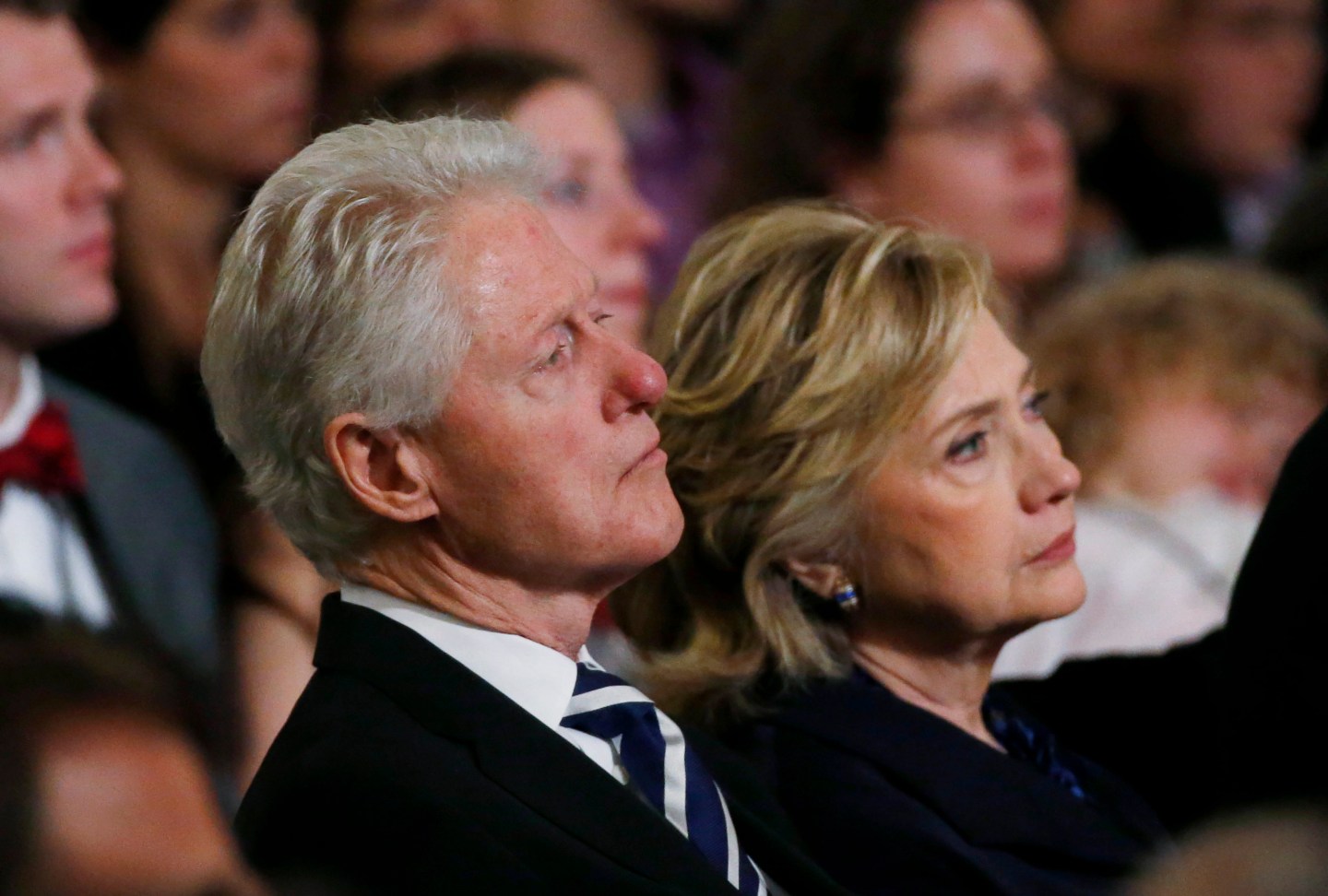 I received an email yesterday from a man who praised me for going three straight days without touching politics in the opening essay of CEO Daily, and urged me to continue the trend – else he would cancel. I wish I could comply. But this year’s election keeps kicking up issues of critical interest to business. (Sorry, Tom. We will miss you.)

Today’s topic is the latest stash of stolen Clinton emails, which show just how intricately interwoven the Clinton charity, Clinton State Department, and Clinton family finances really were. I’ll spare you the details, but if you missed it, you can read TIME’s story here.

All of this may have been legal—there’s a heavy burden of proof on those who call it a “criminal enterprise.” Moreover, as I’ve written before, the Clinton foundation clearly did good work in the world. But it’s now beyond doubt—if there ever was any—that many of the companies contributing to the foundation were interested in buying influence in Washington. And they also were personally enriching the Clintons in the process—or as one aide has now memorably dubbed it, building “Bill Clinton Inc.”

I’ll leave the political conclusions and needed government reforms to others. But a sizable number of Americans have already come to their own conclusion: the system is rigged and big business is in on the rigging. The potential consequences are dire—public companies need the trust of the public to survive and thrive. To rebuild that trust, business leaders will need to radically rethink an approach that is undermining the legitimacy of capitalism.

There’s an important—or rather, essential—lesson for business here. Election 2016 has shown that the battle business must win is not the one in the no-longer-smoke-filled backrooms – where cash contributions and closeted tête-a-têtes often win the day. The important battle is the one for the public’s heart and mind—and that’s the one business is losing.