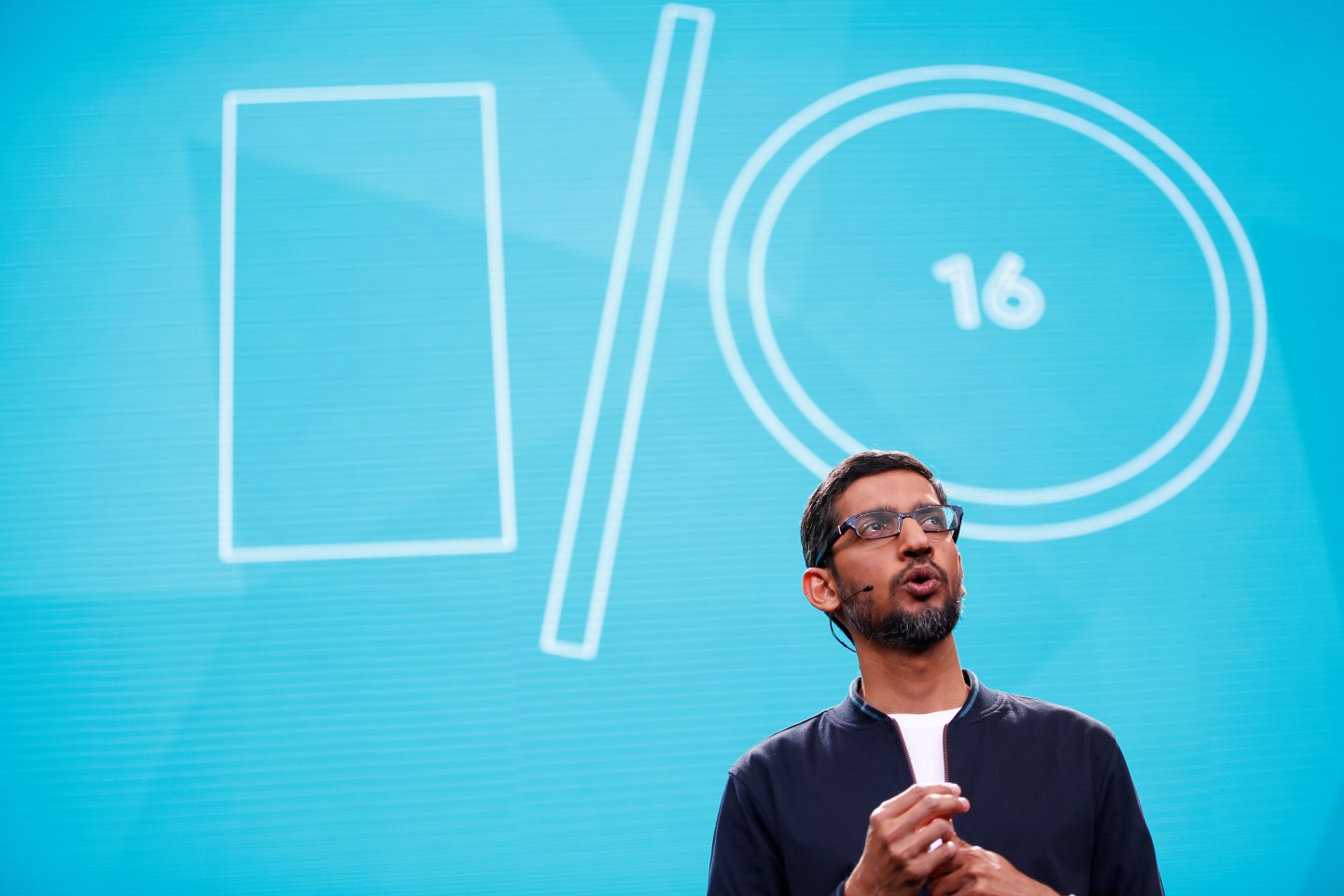 Google is still synonymous with Internet search and advertising, but the company continues to push its cloud business as a priority. As to how big that nascent business really is? Well that’s anyone’s guess.

What we learned from Google’s earnings call is that cloud—along with Google Play, the company’s online music and video business, Chromecast hardware, YouTube Red subscriptions and other things—drove 39% growth in Google’s “other revenue” to $2.543 billion from $1.75 billion for the same period last year. That’s a healthy number but it also covers an awfully wide range of things.

To be fair, Amazon just started specifying its AWS results in April 2015, and Microsoft’s cloud results include traditional software like Windows Server that runs on-premises. So obfuscation is the norm here. The same day Google reported its results, Amazon said AWS sales hit $3.2 billion for its third quarter, up nearly 55% from $2.08 billion for the year-ago period.

During Alphabet’s earnings call, chief financial officer Ruth Porat said cloud is generating “substantial revenue growth, reflecting the ongoing momentum in the business as well as the enormous opportunity in this area.”

And Google chief executive Sundar Pichai stressed that the company’s line of hardware devices, promising they will bring much more cloud-based value and functionality to the masses.

“This new era is one in which people will experience computing more naturally and seamlessly in the context of their lives, powered by intelligent assistants and the cloud. This transition is as significant as the move over the last decade from desktops to mobile devices,” Pichai said.

In the public cloud infrastructure market, one company (in this case, Google) aggregates masses of servers, networking, and storage and sells or rents these technologies to customers on a pay-as-you-go basis. Many businesses see public cloud as a viable way to augment or replace their own data centers.

AWS pioneered this market starting in 2006. Microsoft, now seen as an up-and-coming number two player, jumped in about four years later with Azure. Google is now playing catch up and trying to attract businesses in an effort led by executive vice president Diane Greene.

The thing is that it’s still hard for many people to see Google prioritizing cloud over its other efforts. Greene, the former chief executive at VMware (VMW) has been making a public effort, and Pichai offers positive remarks on earnings calls. Pichai and Alphabet chairman Eric Schmidt talked at a cloud event last year, but there hasn’t been a ton of specific details, and very little in the way of cloud talk from the co-founders

For those who say Amazon CEO and founder Jeff Bezos is similarly hands-off when it comes to his company’s cloud business, remember: he once made the trek to Amazon’s annual cloud developer conference in Las Vegas in 2012 (but not since), and he has stressed AWS’s earnings potential.

Note: This story was updated to include a fuller definition of what constitutes Google’s “other revenue.”