How General Electric Is Upgrading the Railroad Industry 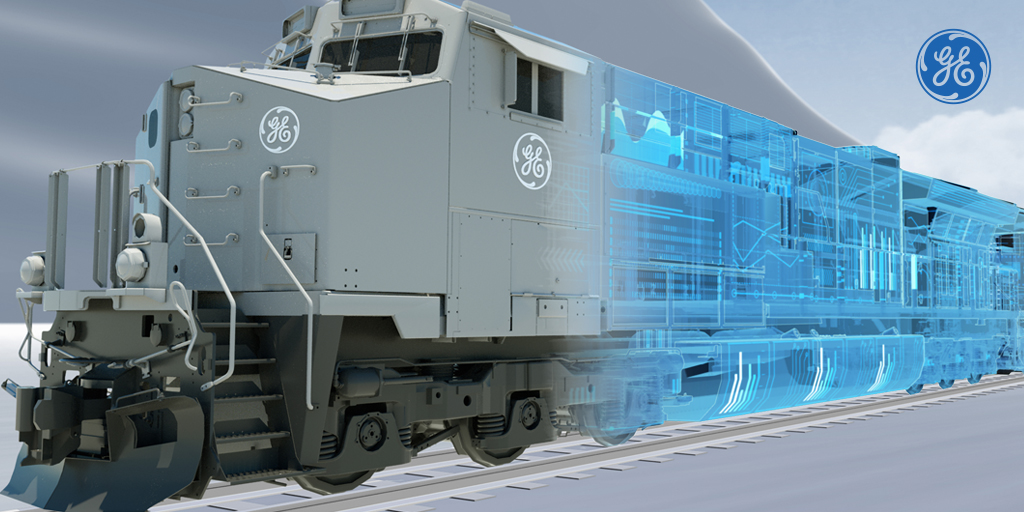 Developing the autonomous vehicles of the future is hard enough: just think about the complex systems and enormous bandwidth that will be required to make sure our connected cars run smoothly on roads and highways that were never designed for such a thing.

When it comes to the railways that link the U.S. and move a great deal of the country’s cargo, railroad companies and GE Digital are already deploying the networks and systems that can allow train operators to operate much more efficiently today with real-time data, laying the groundwork for an autonomous future.

“The U.S. railroad industry experiences hundreds of thousands of hours of unplanned downtime, and that costs them billions,” says Seth Bodnar, chief digital officer for GE Transportation, the division of industrial behemoth General Electric (GE) that, among other things, builds some of the world’s most advanced locomotives.

Bodnar, who will be speaking at Structure 2016 on November 9th in San Francisco, is responsible for bringing cutting-edge technology principles—fog computing, the industrial internet, and data analysis—to one of the world’s oldest transportation industries.

So how is GE helping its customers avoid that downtime? Modern GE locomotives come with a computer roughly as big and as powerful as your standard tablet, and that device gathers and processes real-time data about railway conditions, train maintenance, and even crew morale to help railroad companies move trains through crowded railway corridors in as safe and efficient a manner as possible.

This notion of edge computing—or fog computing, as the marketing people seem to want us to call it—is a key theme for Structure 2016 and one I outlined in a recent piece for ZDNet. More and more companies are finding that they can unlock new capabilities or simply ensure they’re providing a reliable service by increasing the amount of processing power at the edge of their networks, rather than requiring all that data to travel all the way to its data centers for processing and then all the way back to the mobile device for execution.

The benefits of this approach are pretty obvious. Modern trains can be up to a mile long, with hundreds of cars in tow. Weather, issues with the track, train equipment failures; all of these challenges will show up at some point or another, and railroad operators have to manage around those obstacles in order to deliver a shipment on time. When a train can make a lot of these decisions itself—paired with real-time data from a data center—railroad operators enjoy a much better picture of the situation than ever before, allowing them to make better and faster decisions about how to route their networks.

This is also true when it comes to managing massive rail yards or ports, which have a maze of separate tracks to accommodate trains in the loading or unloading process. Simply getting out of the yard can be a challenge some days, but these systems can make it much easier for traffic managers to understand the exact position of the dozens of trains in the yard and route them as needed.

GE offers several of these connected features in the locomotives it sells for around $2.5 million, and it commands a large portion of this market.

“As you improve service quality and reliability, you make rail a more competitive mode of transportation,” Bodnar says. “It’s the most efficient land-based transportation (compared to trucking), but the differentiator is reliability.”

GE’s efforts in this area are going to produce a ton of data about train efficiency and intelligent routing, and I’m particularly interested in how that data informs the design of next-generation transportation networks involving autonomous vehicles, whether on rail or on road. And companies outside of the transportation industry stand to learn a lot about how to manage mobile assets in a complicated environment, which, after all, is the exact definition of the modern railway system.

Seth Bodnar will be speaking at Structure 2016 on the second day of the event, which will take place November 8th and 9th at the UCSF Mission Bay Conference Center. More details on the stellar lineup can be found here, and you can register for tickets online.