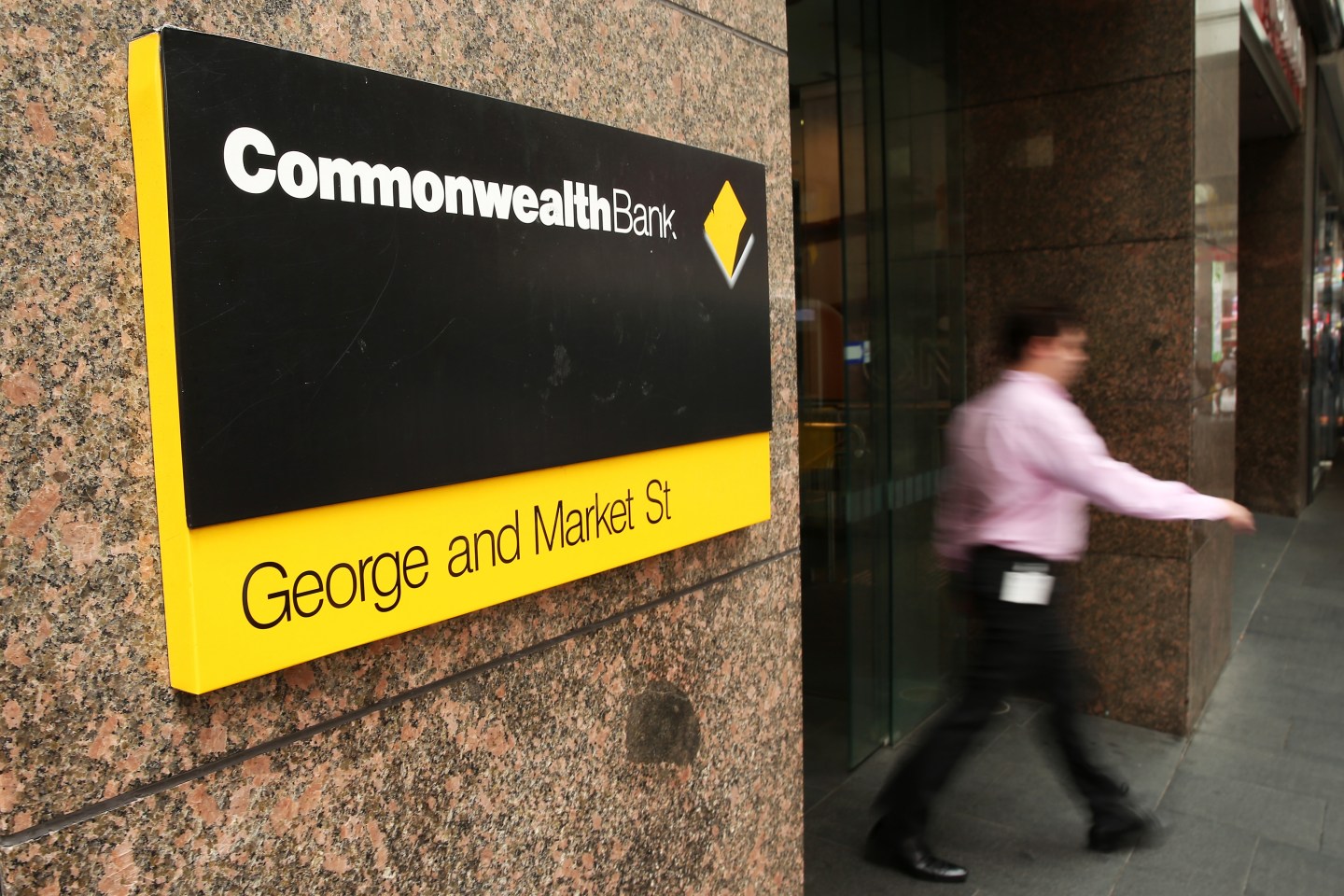 A man exits a Commonwealth Bank of Australia (CBA) branch in Sydney, Australia, on Monday, Feb. 10, 2014. Commonwealth Bank, Australia's largest lender, is expected to post a 10 percent increase in cash earnings from a year ago when it reports first-half results on Feb. 12, according to the median estimate of 9 analysts surveyed by Bloomberg. Photographer: Brendon Thorne/Bloomberg via Getty Images
Brendon Thorne/Bloomberg via Getty Images

Australia’s corporate regulator said the country’s “Big Four” banks will have to repay at least A$178 million ($136 million) to more than 200,000 customers as a result of past practices of charging fees for financial advice without providing it.

The Australian Securities and Investments Commission (ASIC) said a report on Thursday that A$23 million had already been repaid by the four banks and wealth manager AMP. The ASIC estimated another A$154 million in payments would be required in the future, plus interest which ASIC Deputy Chairman Peter Kell told reporters could total A$10-15 million.

The customer compensation ordered by the watchdog comes at a time when each of the “Big Four” – which account for 80% of lending in Australia – have come under fire for abuse of market power following scandals involving misleading financial advice, insurance fraud and interest-rate rigging.

The bulk of the payments will be made by Australia’s largest bank, Commonwealth Bank of Australia (CBA) (CMWAY), which said in a statement on Thursday that it had failed to provide annual reviews with financial advisers to customers. It expects to pay A$105 million of compensation by mid-2017, an estimate that matches ASIC’s tally.

“We will continue to look across our business for areas where we may have made mistakes and put things right for customers,” said Annabel Spring, CBA Group Executive, Wealth Management, in a statement.

ASIC estimated Australia and New Zealand Banking Group (ANZ) (ANZBY) will have to repay A$49.7 million, a figure matched in a statement by ANZ.

National Australia Bank (NAB) (NAUBF) faces a bill of A$16.9 million, Westpac Banking (WEBNF) is liable to repay A$1.2 million, and AMP stands to return A$4.6 million to clients, ASIC estimated. The calculations don’t include interest charges.

For more on compliance in banking, watch Fortune’s video:

NAB, Westpac and AMP said in separate statements that they would be compensating affected customers for their mistakes, but did not disclose the amounts involved.

ASIC’s Kell said most of the industry infractions had occurred before wide-ranging reforms to the financial planning industry were introduced in 2013. “We think the introduction of those reforms helped bring these issues to the surface,” Kell told reporters on Thursday.

Financial planners are now required to provide an annual fee advice statement to customers, who must “opt-in” to the advice relationship every two years. Historical practices under fire included considering service obligations satisfied if a financial advisor had attempted to offer an annual review by making three unanswered phone calls.

Diane Tate, executive director of retail policy at the Australian Bankers’ Association, said the industry had been working with the regulator to improve record-keeping practices and compliance systems.

“Banks are implementing changes to their businesses to improve their systems and address community concerns around conduct and culture,” she said.