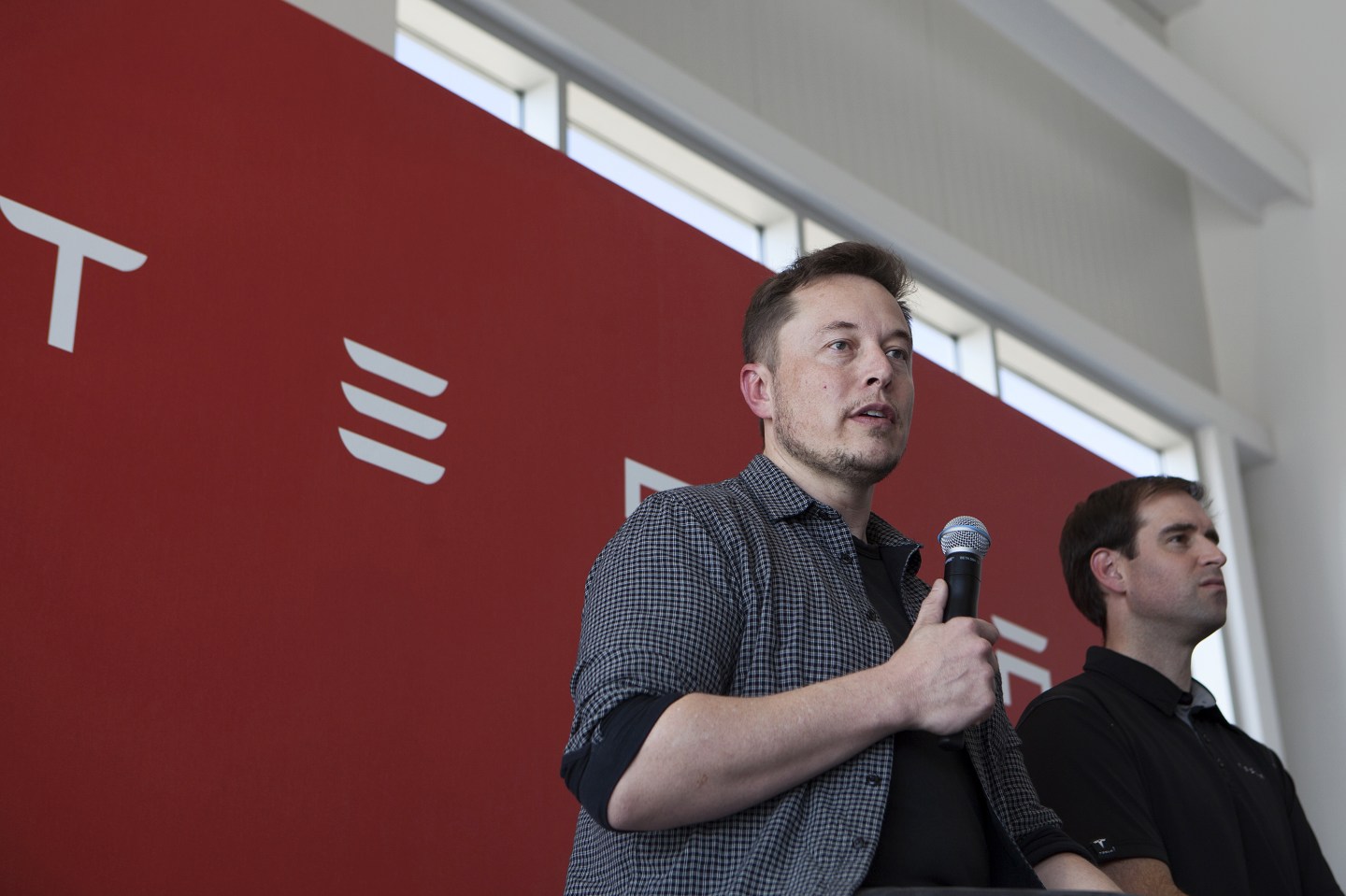 Billionaire Elon Musk, chief executive officer of Tesla Motors Inc., left, speaks as Jeffrey Straubel, chief technical officer and co-founder of Tesla Motors Inc., looks on during a press event at the company's new Gigafactory in Sparks, Nevada, U.S., on Tuesday, July 26, 2016. Tesla officially opened its Gigafactory on Tuesday, a little more than two years after construction began. The factory is about 14 percent complete but when it's finished, it will be about 10 million square feet, or about the size of 262 NFL football fields.
Photograph by Troy Harvey—Bloomberg via Getty Images

Tesla, led by billionaire entrepreneur Elon Musk, posted net income of $21.9 million, or 14 cents per share, for the third quarter ended Sept. 30 compared with a loss of $229.9 million, or $1.78 per share, a year earlier.

On an adjusted basis, Tesla reported a profit of 71 cents per share, compared with a loss of $1.35 per share in the same period last year.

Tesla (TSLA) reiterated its delivery target for the second-half of 2016, saying it expected to deliver just over 25,000 vehicles in the current quarter.

The Silicon Valley carmaker said earlier this month that it delivered 24,500 vehicles in the latest quarter, an increase of 70% from the same period last year.

Tesla said it had $3.08 billion in cash and cash-equivalents as of Sept. 30, compared with $3.25 billion at the end of the second quarter.