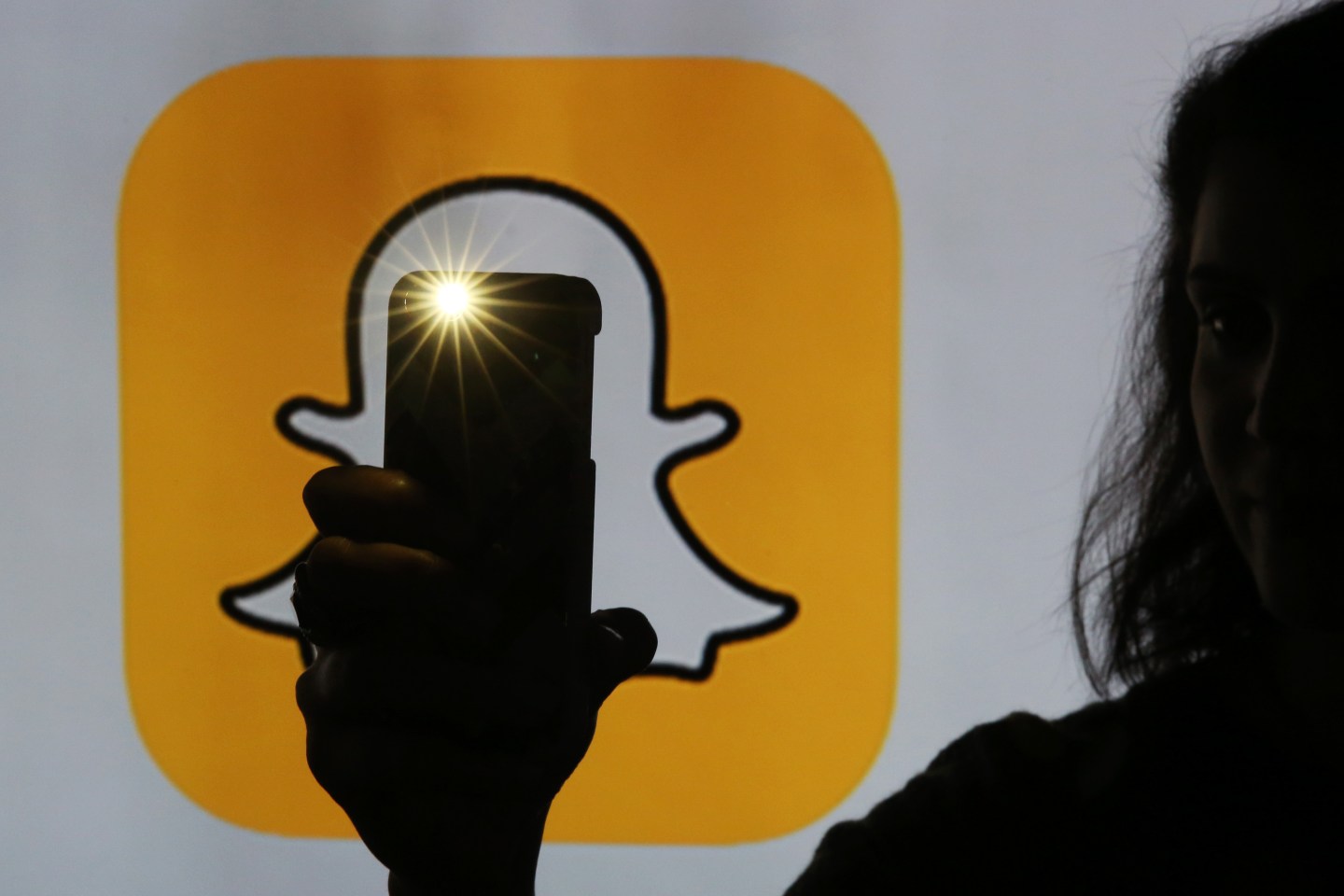 A woman takes a photograph with a camera whilst standing against an illuminated wall bearing Snapchat Inc.'s logo in this arranged photograph in London, U.K., on Tuesday, Jan. 5, 2016. Snapchat Inc. develops mobile communication applications that allows the user to send and receive photos, drawings, text, or videos that will only last for an allotted amount of time. Photographer: Chris Ratcliffe/Bloomberg via Getty Images
Photograph by Chris Ratcliffe—Bloomberg/Getty Images

The company behind the popular ephemeral messaging app is looking to raise $4 billion when it goes public next year, according to a report from Bloomberg citing anonymous sources. The initial public offering could value Snapchat’s parent company at $25 billion to $35 billion, higher than the $20 billion valuation it received when it raised funding earlier this year.

The size of the funding to be raised could change and the company’s valuation possibly reach $40 billion, according to the report.

Earlier this month, reports surfaced that Snapchat is planning to go public as early as March 2017. Snapchat’s sales are expected to hit $250 million to $350 million this year, and $1 billion next year. Because its revenue is currently under $1 billion, the company plans to go public confidentially, according to Bloomberg.

Last month, the company changed its corporate name to Snap, Inc. at the same time it unveiled an upcoming pair of video-recording sunglasses designed to let the wearer capture short video clips and post them on Snapchat.

Founded in 2011 as an app for sharing photos and short videos that disappear after the recipient has viewed them, Snapchat was originally an answer to growing teen concerns about permanent online social media potentially haunting users into adulthood. Since then, Snapchat has added other new features and capabilities, like an in-app media hub where users can read bite-sized articles from publishers like People, Vice, and ESPN.