Why Michael Moore’s Trumpland Is Going Viral With Conservatives 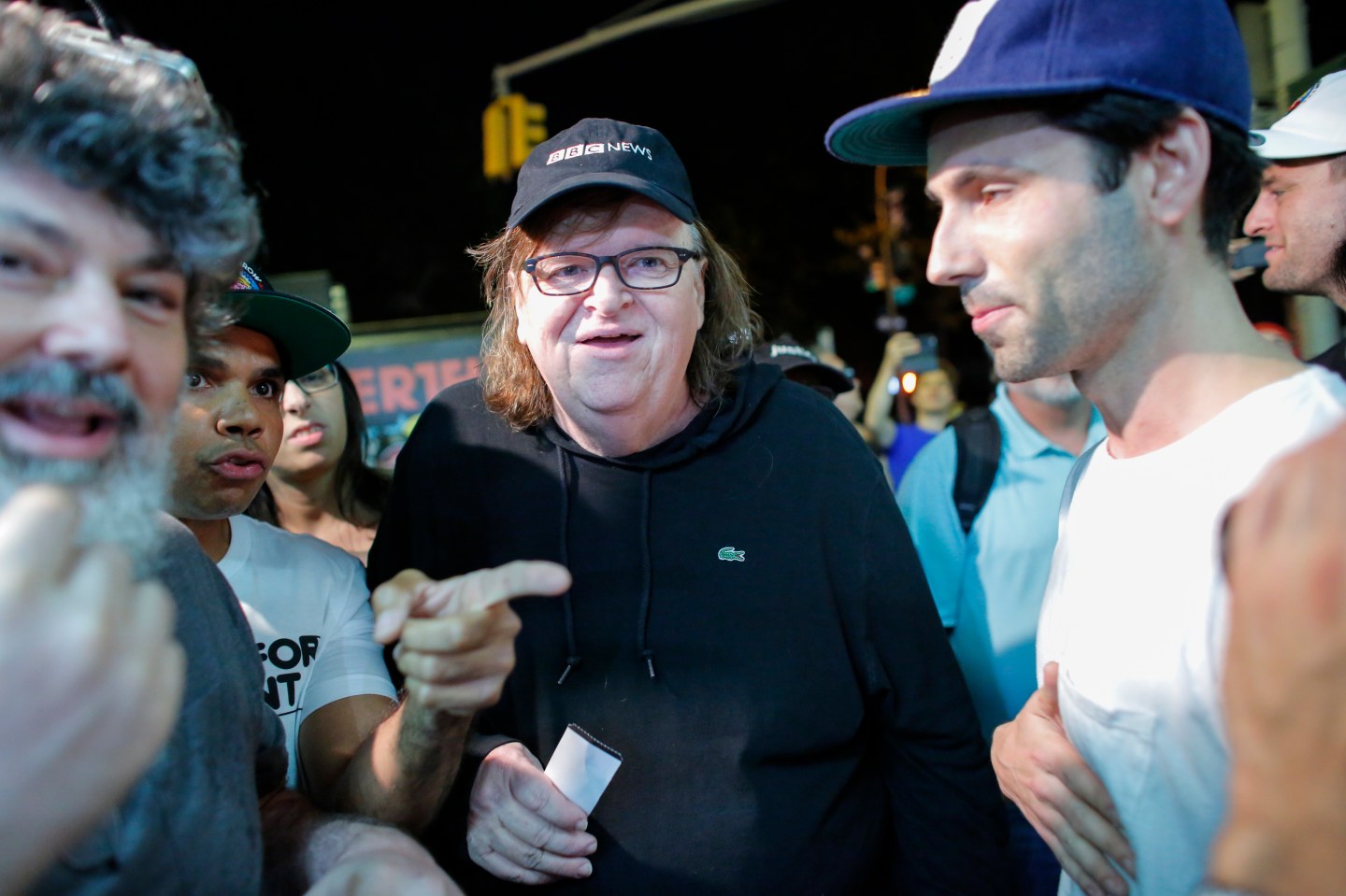 At least part of the movie is, anyway. Even conservative site Breitbart has written about a particular passage from the film, a clip where Moore talks about the appeal of voting Trump: “[He’s speaking] to people who are hurting, and it’s why every beaten down, nameless, forgotten working stiff who used to be part of what was called the middle-class loves Trump,” Moore says. “He is the human Molotov cocktail that they’ve been waiting for.”

And indeed, Moore’s colorful closing lines in the clip sound like a call to action: “Trump’s election is going to be the biggest f**k you ever recorded in human history—and it will feel good.”

If you make this go viral, Trump will win. It's 4 minutes that makes the choice in this election crystal clear.#EarlyVoting pic.twitter.com/UOgqSfet6a

Of course, the clip making the rounds cuts Moore off mid-sentence, leaving out the rest of his point: “It will feel good—for a day. You know, maybe a week. Possibly a month.”

Then he adds, “Because you used the ballot as an anger management tool and now you’re f**ked.”

Michael Moore in TrumpLand is not a rollicking invasion of Trump country, as the title suggests. Even though the movie was filmed in Republican-leaning Wilmington Ohio, it’s decidedly not a Roger & Me-style reportorial tour de force of exposing wrongdoing. Moore doesn’t actually venture out into “TrumpLand” at all, instead filming the entire thing on a stage inside a Wilmington theater.

Here’s what TrumpLand really is: a quiet, personal and sympathetic plea to vote for Hillary Clinton, aimed at people who don’t like her. The film’s viral success on conservative websites means it’s doing a pretty good job (even if the message on those sites is truncated). In typical Michael Moore-fashion, the filmmaker is trying to reach the autoworkers, laid-off manufacturing employees, and the rest of the disenfranchised middle class with a message about why the former first lady is the country’s best choice for president.

But while he’d probably be happy to sway a few Trump voters, residents of TrumpLand aren’t the target audience. The movie primarily takes aim at the Bernie-or-bust and Jill Stein contingents.

Moore’s attempts to persuade revolve around not how terrible Trump is, but about how much he admires Hillary Clinton. Speaking against a backdrop of black-and-white photos of the young candidate, he talks about her campaigns for women’s rights and her work on expanding access to health care, among other liberal projects.

And he closes the movie by urging people to go vote for her, even if they have to hold their nose while doing it. His reasoning probably won’t appeal to conservatives: he suggest that it’s possible Clinton has been harboring a leftist side that she’s had to hide during her years in the spotlight, biding her time until she could enact her liberal agenda. In other words, he spoke to his left-leaning base and basically said, “She’s very well may not be the centrist, pro-business hawk you think she is.”

With that pitch, Moore’s apparently quickly-produced and occasionally clumsy movie (there are a few truly cringe-inducing videos interspersed throughout the film) hits its mark. During one of the first showings at the IFC Center in New York, there were a few hecklers from the liberal side of the anti-Clinton camp, and as the audience got up to leave, one shouted “Vote Jill Stein!”

Someone else responded: “She doesn’t believe in vaccines!”

To which the man replied, “That’s a lie!”

Prompting someone else to yell, “We’re in New York, it doesn’t matter who we vote for!” something that’s hard to argue with during a presidential race in the deep-blue city.

Even if Moore convinced every member of the Manhattan audience to vote Clinton, it wouldn’t tip any scales. TrumpLand’s raison d’etre, however, is that the same can’t be said for the residents of Wilmington in the swing state of Ohio.