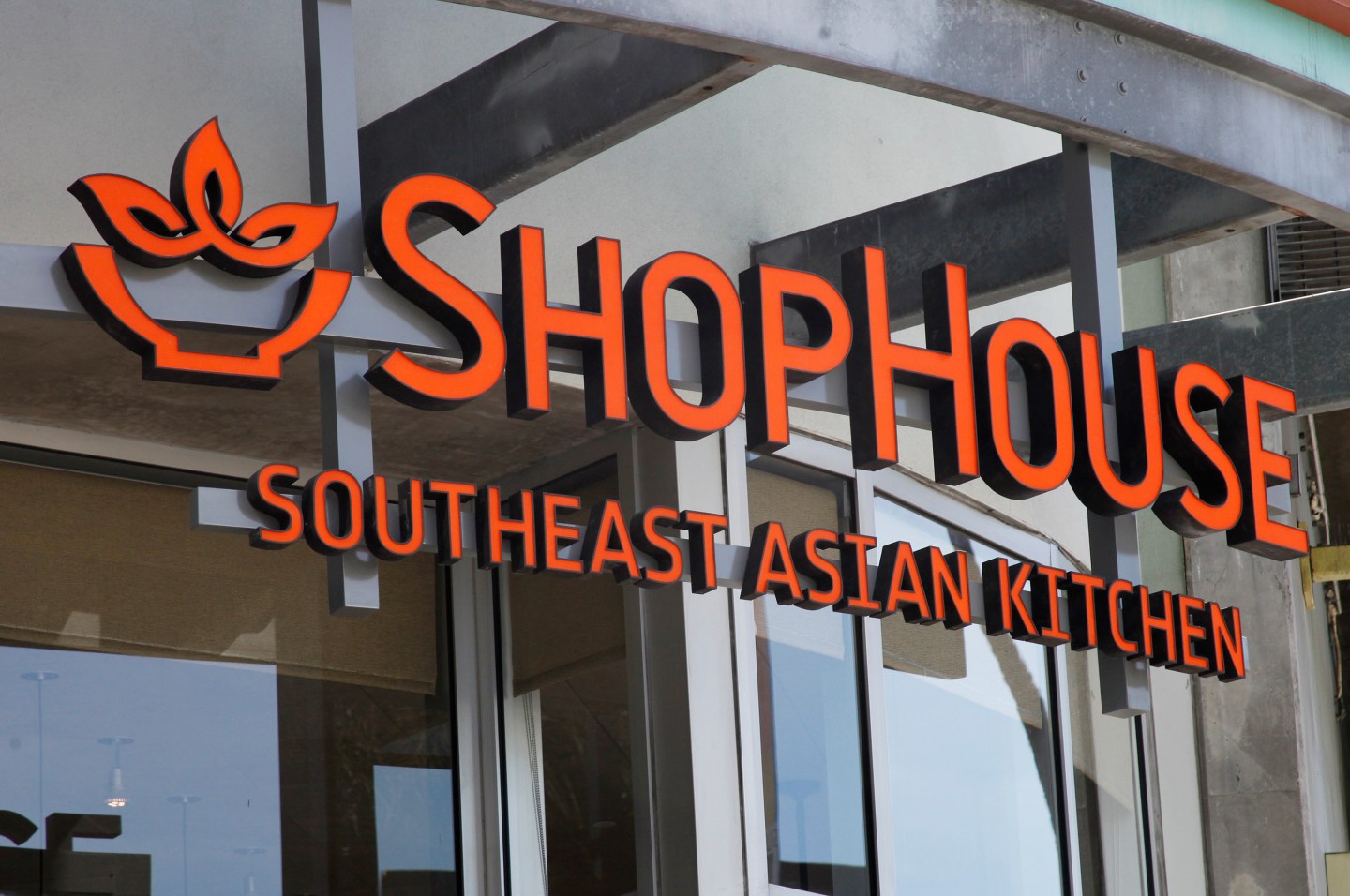 A ShopHouse Southeast Asian Kitchen is pictured in Hollywood, California July 16, 2013. The "fast-casual" restaurant boasts one of the industry's hottest stock runs, but fickle diners and an ever-expanding selection of entrepreneurial eateries are making it harder for the upscale burrito seller to keep delivering the explosive growth that made it a Wall Street favorite. Photo taken July 16, 2013, REUTERS/Fred Prouser (UNITED STATES - Tags: BUSINESS FOOD) - RTX11R9L
Photo by Fred Prouser — Reuters

Chipotle Mexican Grill is halting investments on an emerging fast-casual brand, ShopHouse Asian Kitchen, as it mulls over strategic options that could include a sale of the concept.

The disclosure, reported at the same time Chipotle (CMG) posted a quarterly sales drop for the fourth consecutive quarter, came with a roughly $14.5 million asset impairment charge that weighed on earnings. It also came with a concession that Chipotle said ShopHouse did not demonstrate the ability to support “an attractive unit economic model.”

“As a result, we have decided not to invest further in developing or growing the ShopHouse brand and will pursue strategic alternatives,” Co-CEO and founder Steve Ells told investors.

Big restaurant chains have for years tinkered with investments in new and emerging concepts to make a small bet on other cuisines. Chipotle is also backing a fast-casual pizza concept, called Pizzeria Local. Executives stressed that while ShopHouse wasn’t a good fit strategically, it would still place bets on newer restaurant brands.

“Although the exotic ShopHouse cuisine was not able to attract sufficient customer loyalty and visit frequency to make it a viable growth strategy for us, we continue to believe that our approach to food, people, and unit economics with the right cuisine, with the right concept, can lead to a compelling growth strategy,” Ells said.

Chipotle itself was once one of those “bets”—McDonald’s (MCD) famously backed it before divesting the business in 2006.

But the move to get out of the Asian food business comes as Chipotle management is tasked with fixing the core brand. Sales at the Mexican burrito chain, up until 2015 a darling of the restaurant industry, have been pressured as the company aims to move on from a poorly handled response to E. coli outbreaks that hit several states and raised questions about food safety. Chipotle’s comparable restaurant sales—an important metric that judges the health of established locations—have now dropped by double digits for four straight quarters.

While Chipotle claims economics alone were the motivating factor behind exiting the ShopHouse business, the recent activism of the chain’s newest investor Bill Ackman could be an unstated driver of the decision. While Ackman hasn’t disclosed his demands yet for what he wants Chipotle to do to fix its stock and sales, it’s possible ditching distracting brands was on the table. After all, peer Buffalo Wild Wings (BWLD), which has found itself pressured by activist investor Marcato Capital Management, has been advised to dump its “emerging brands” growth plans and instead focus on B-Dubs.

“We believe the company should remain singularly focused on its largest earnings driver rather than placing wild bets, however small, on hit-or-miss ‘growth drivers’—particularly those in the highly competitive, non-core, fast casual space,” Marcato said. B-Dubs investments in the space include fast-casual taco concept R Taco and pizza purveyor PizzaRev.