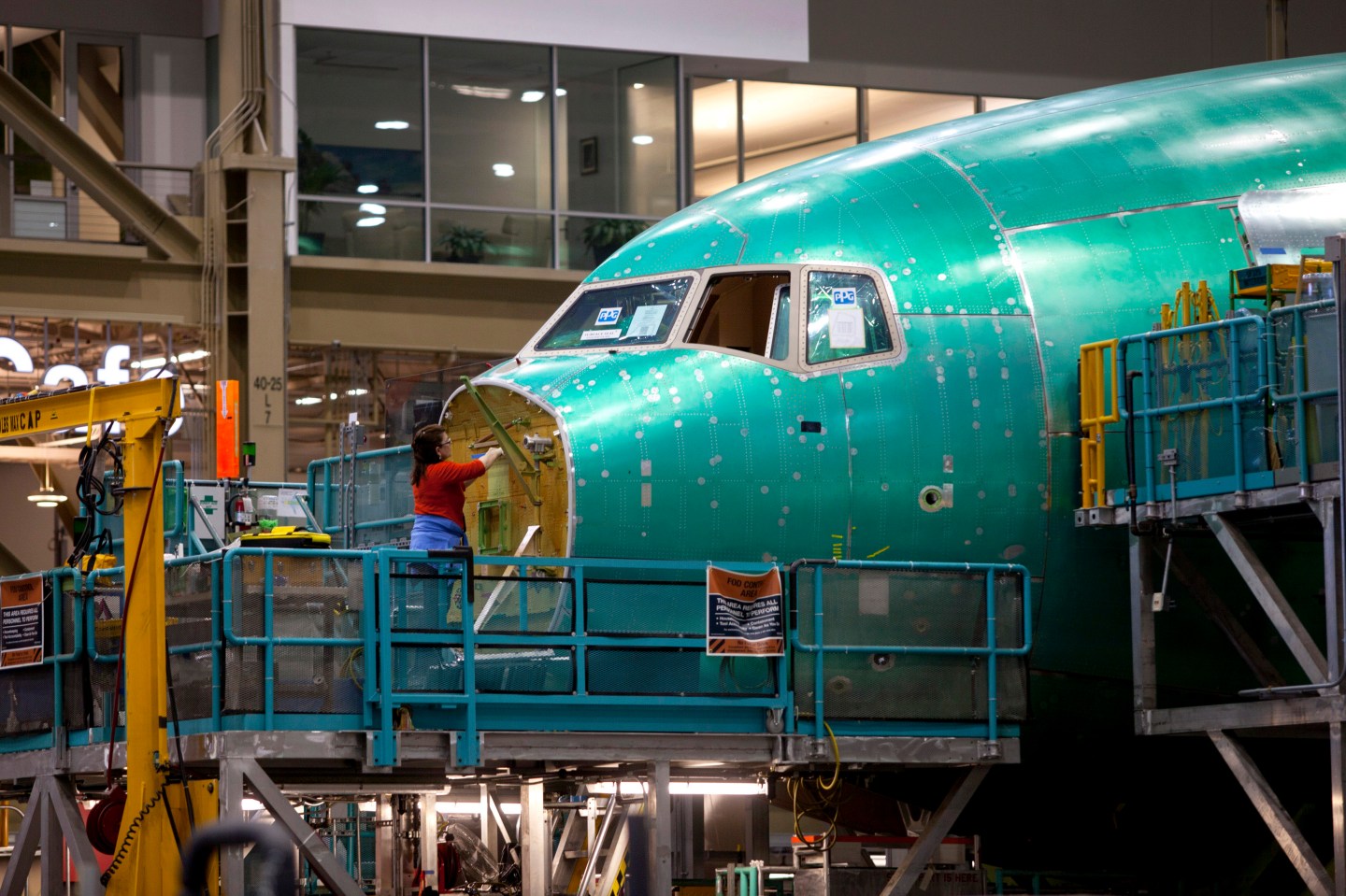 An employee works on the nose of a Boeing Co. 777 airplane at the company's facility in Everett, Washington, U.S., on Tuesday, June 25, 2013. Boeing Co. uses the Automated Spray Method (ASM), which consists of a robot with two guns that applies two paints at different thicknesses, to efficiently paint the wings of the popular 777 airplanes.
Photograph by Mike Kane—Bloomberg via Getty Images

Boeing Co reported a 33.7 percent rise in quarterly profit on Wednesday and raised its commercial airplanes delivery forecast for the year, sending its shares higher.

The world’s largest jetliner maker expects to deliver 745 to 750 commercial airplanes, up from its previous forecast of 740 to 745.

The additional planes would boost revenue by $500 million, prompting Boeing to raise its year-end revenue target to between $93.5 billion and $95.5 billion.

Core earnings, which exclude some pension and other costs, rose to $3.51 per share from $2.52.

Both figures included a special gain of 70 cents a share, reflecting a tax benefit Boeing received by claiming more depreciation on plants and equipment than it had previously.