Tesla Versus GM: Which Self-Driving Car Roadmap Will Win? 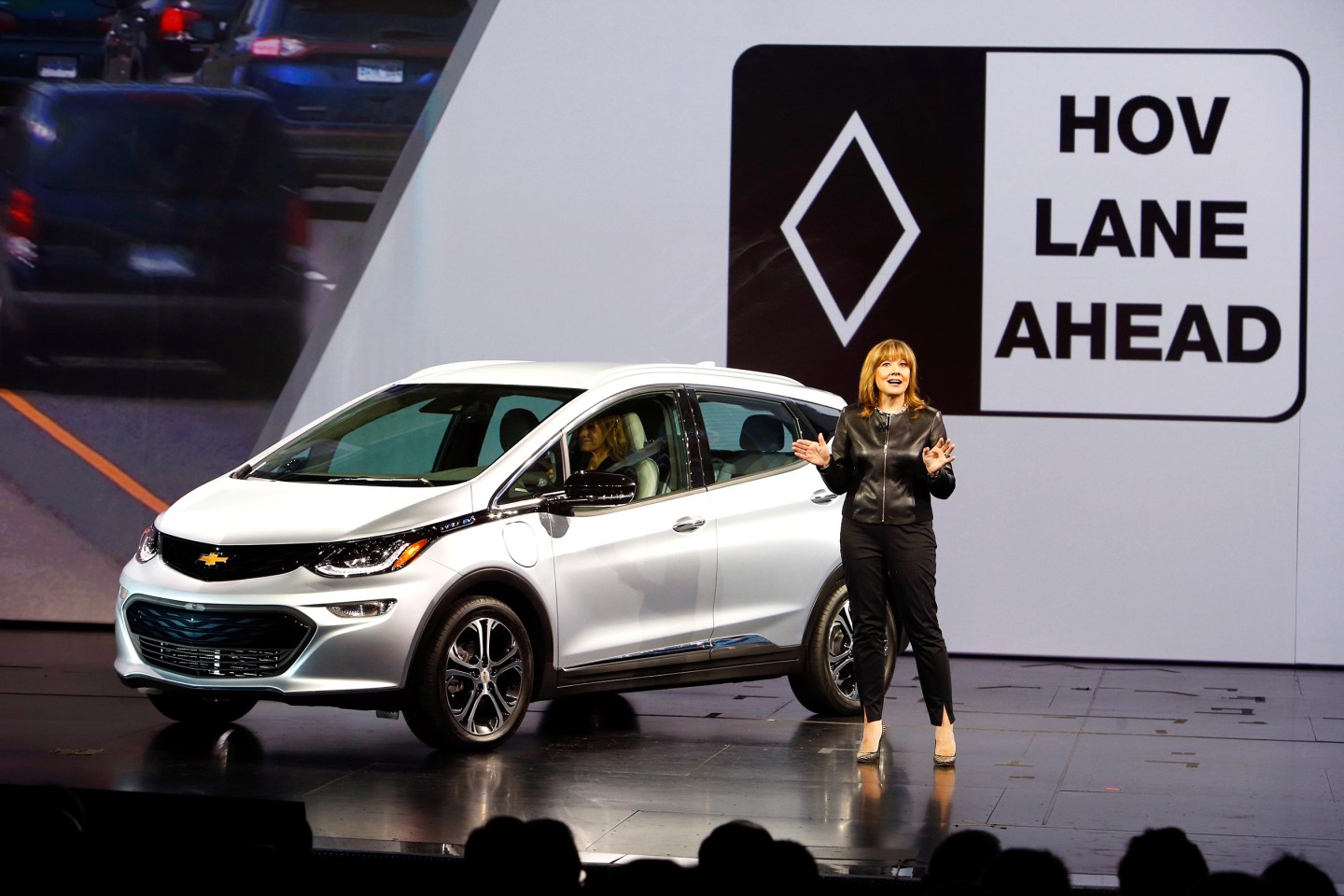 General Motors Chairman and CEO Mary Barra unveils the 2017 Chevrolet Bolt EV during a keynote address at the 2016 CES trade show in Las Vegas, Nevada January 6, 2016. The car will have a 200-mile range and cost about $30,000, she said. REUTERS/Steve Marcus - RTX21BNI
Steve Marcus—Reuters

In the race to develop self-driving cars, a few roadmaps are emerging. There’s the Tesla Motors approach of putting driverless vehicle technology directly in the hands of car owners. The other strategy—and the one General Motors CEO Mary Barra appears to be steering—gives control to the automaker. At least initially.

GM’s deployment of self-driving cars that can safely navigate city streets without human intervention will first happen in a controlled, ride-sharing environment, Barra said Monday during the automaker’s third quarter earnings conference call, further explaining the reason behind the company’s alliance with on-demand ride service Lyft and the launch of its car-sharing program Maven.

These initial self-driving cars, which can be ordered by consumers on demand, will have speed limitations and operate only within restricted geographic boundaries, Barra said.

“That’s why the ownership will stay with the company in these first models as we continue to learn” she said. “And that path is very much on track.”

In short, GM plans to deploy self-driving cars as a service, not sell fully autonomous vehicles to private individuals. This aligns with GM’s activity over the past 18 months, including a partnership and $500 million investment in ride-hailing startup Lyft, the creation of an engineering team dedicated to autonomous driving, and its purchase of Cruise Automation, a San Francisco autonomous vehicle startup.

Tesla CEO Elon Musk’s approach is in stark contrast with Barra’s path. And yet, both CEOs are driven by the same underlying pursuit of safety and reducing traffic accidents and fatalities. They just differ wildly on the best way to achieve that goal.

Earlier this month, Musk said all new Tesla vehicles will be equipped with radar and cameras that will enable them to (eventually) drive autonomously—without human intervention. Tesla customers will be able to order “Full Self-Driving Capability,” when they buy a new car. Vehicles with this ability will have eight cameras (not the standard four), ultrasonic sensors, radar, and a supercomputer capable of processing data 40 times faster than previously.

The software, or the brains, will be rolled out via wireless updates to the car’s operating system—and in line with the proper regulatory approvals. This will likely mean gradual improvements and capabilities, not a sudden flip-of-a-switch from semi-autonomous features to a car that can handle all critical driving functions.

In Musk’s view (according to his comments on the subject in the past year), rolling out such advanced self-driving capability isn’t reckless. It’s responsible—ethical even—and to slow that progress down is essentially killing people. The motto for the team behind Autopilot, Tesla’s semi-autonomous feature that handles highway driving, is reportedly “not to let the perfect be the enemy of the better,” according to a report by CNN in July.

Meanwhile, Barra and other traditional automakers are more conservative. They are continually rolling out advanced driver assistance systems in the cars they sell, while pursuing an on-demand self-driving car service people can use, but not own.

“We feel we have the right system and we’re working with regulators,” Barra said, adding that the company can scale to put those vehicles into production very quickly.