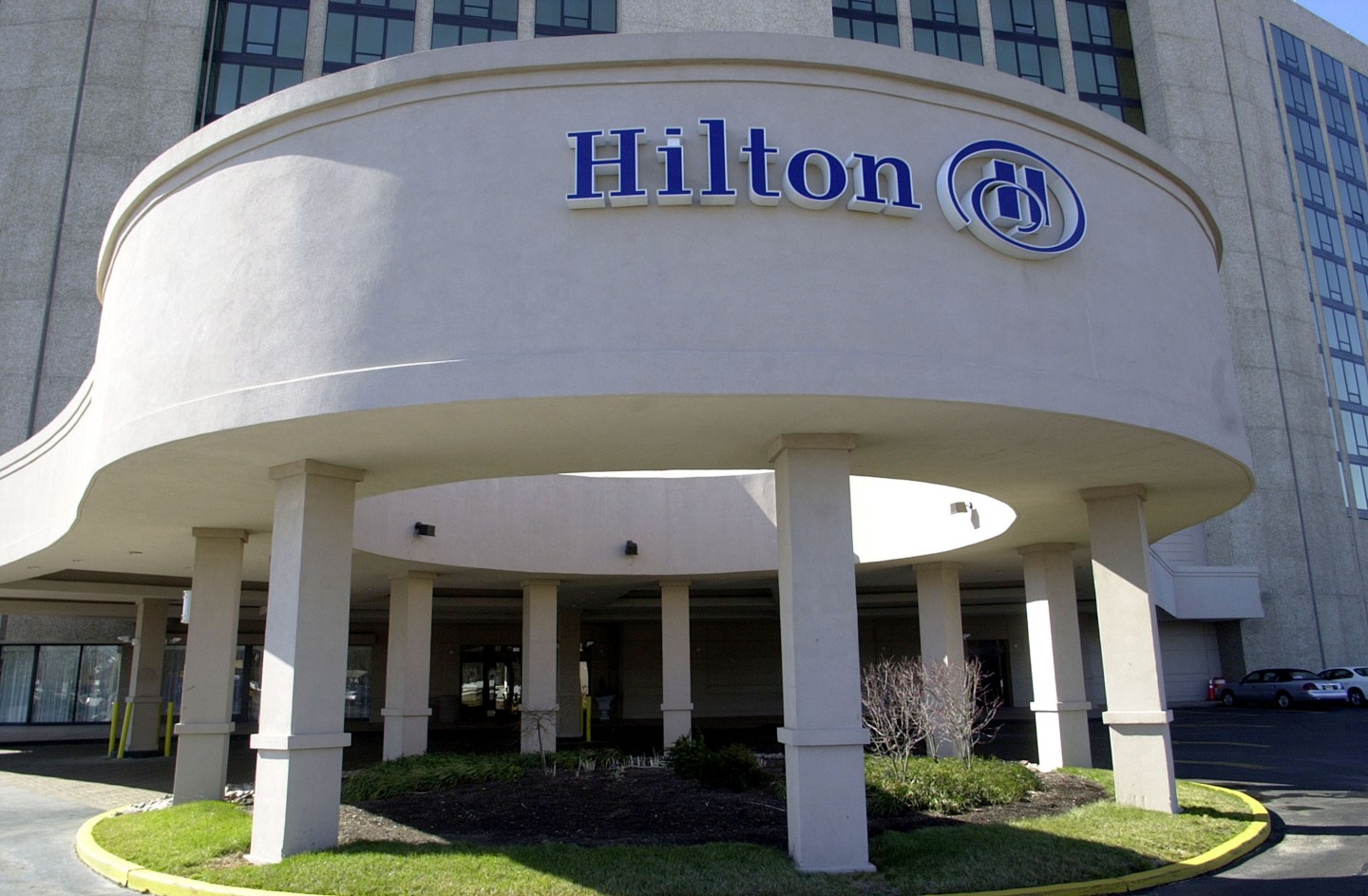 The deal marking the second investment in the hotel industry this year by ambitious and fast-growing HNA, now the operator of more than a dozen airlines including flagship carrier Hainan Airlines and a group with more than $100 billion in assets. In April HNA bought Carlson Hotels, owner of Radisson hotels, for an undisclosed sum.

It also comes as Chinese companies step up hotel deals to tap free-spending mainland China tourists, now traveling overseas in record numbers. Their spending at home and abroad is expected to hit $72 billion this year, according to China Travel Academy, a government-backed research institute.

Chinese companies have also been splurging on foreign acquisitions to sidestep slowing growth at home. The HNA deal would take China’s overseas M&A to a record $191 billion so far this year, more than 70% of 2015’s tally.

HNA agreed to buy its shares in Hilton for $26.25 each, a 14.6% premium to Hilton’s Friday’s closing price, valuing the whole of Hilton at about $26 billion. Blackstone took Hilton private in 2007 for $26.7 billion, including debt, and the private equity firm listed the company in 2013 in the biggest-ever hotel IPO.

Shares in Hilton, whose brands include Conrad Hotels & Resorts, Curio and Double Tree as well as Hilton, ended flat in New York on Monday after rising as much as 3.7% to $23.76 in early trading on news of HNA‘s stake buy.

Established in 1993, HNA has emerged under the stewardship of co-founder and chairman Chen Feng as one of China’s most acquisitive overseas dealmakers, having announced about $20 billion of deals this year alone, according to Reuters calculations.

In hotel deals, however, it hasn’t all been plain sailing for would-be Chinese buyers.

Meanwhile HNA‘s latest deal will see it appoint two directors to Hilton’s board, raising its size to 10. It will also give HNA a stake of about 25% in Hilton’s real estate and timeshare businesses, following their expected separation by the end of 2016.

Blackstone will continue to have two seats on Hilton’s board, including Jonathan Gray who will remain as chairman.

Evercore was the financial adviser to Hilton, while JPMorgan advised HNA.