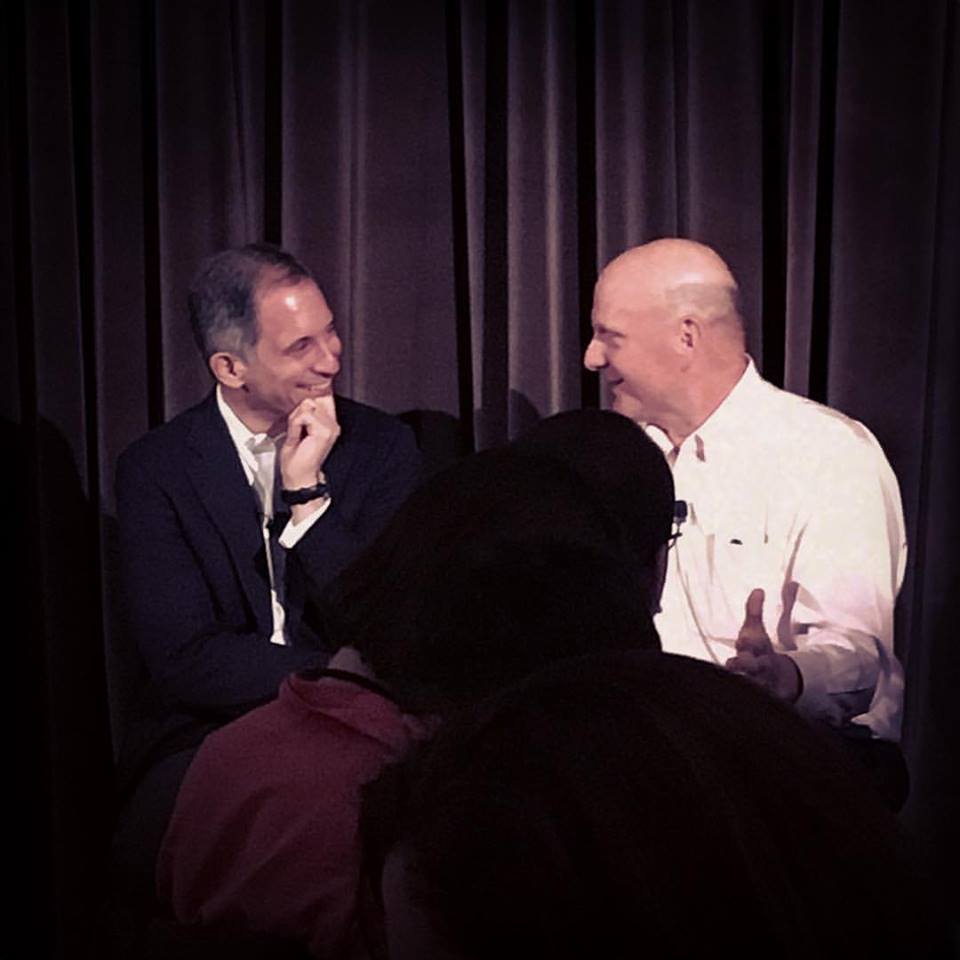 Speaking to CNBC on Friday, Ballmer, who owns a stake in Twitter, said that he is not and never has considered buying the company.

“I have never, ever ever wanted to buy Twitter myself,” Ballmer said. “I mean come one, I got a good life right now, I don’t need to do that.”

Ballmer did not give a specific reason why he wouldn’t buy Twitter, only to say that he is “having a lot of fun with the Clips,” his wife, and philanthropy.

He did praise Twitter as being an “irreplaceable” service that no company or product could replace as a substitute for the way it lets people quickly engage with the public without many barriers. He cited how much the Twitter messaging service contributed to the current presidential election between Republican nominee Donald Trump and Democratic nominee Hillary Clinton.

“Would it have been the same without Twitter?” Ballmer asked. “Without Trump banging out those late-night tweets? I don’t think so.”

Ballmer offered no ideas to help turnaround the beleaguered company, which has been attempting to sell itself but has been reportedly rebuffed by numerous companies like Salesforce (CRM), Google (GOOG), Microsoft (MSFT), and Disney (DIS). Although Twitter is used by millions of people, its user base has stopped growing and the company has had trouble making money.

Twitter (TWTR) must either sell itself to “someone who can propel it” or “take an independent path,” Ballmer said.

He also said he thinks “it’s a weird deal” that Twitter is being run by CEO and co-founder Jack Dorsey, who is also the current CEO of mobile payment company Square. The fact that Dorsey is running two companies, “could be an issue” for Twitter as it navigates a turnaround. “I’m a big believer in almost mono- maniacal kind of focus,” Ballmer said.

Microsoft Is Poised to Make a Dent in Office Messaging

Regarding his former company Microsoft, Ballmer praised current CEO Satya Nadella, who is attempting to shift the organization from a being personal computing giant that sells the popular Windows operating system into an outfit focused on cloud computing, where it sells computing capacity on-demand to customers.

“Satya’s got the company doing the right stuff,” Ballmer said. “He’s going down this cloud path.”

In a December interview with Bloomberg News, Ballmer criticized Microsoft for the way it discloses its cloud revenue, saying the company should reveal profit margins for its cloud business. “It’s sort of a key metric—if they talk about it as key to the company, they should report it,” Ballmer told Bloomberg.

Microsoft, like Google (GOOG), IBM (IBM), and other companies that are pushing hard into cloud computing, use different metrics when reporting what they consider to be their “cloud business,” which has led to several technology analysts to call for more transparency so they can be more equally evaluated.

Microsoft, for example, does not reveal sales of its Azure cloud computing business, but reports total sales for its “intelligent cloud” units that contains several other businesses, like Office 365 and Dynamics 365 sales software.

A Microsoft spokesperson told Fortune in response to Ballmer’s December comments, “We enjoy a regular dialogue with Steve, and welcome his input and feedback, as we do from our other investors.”