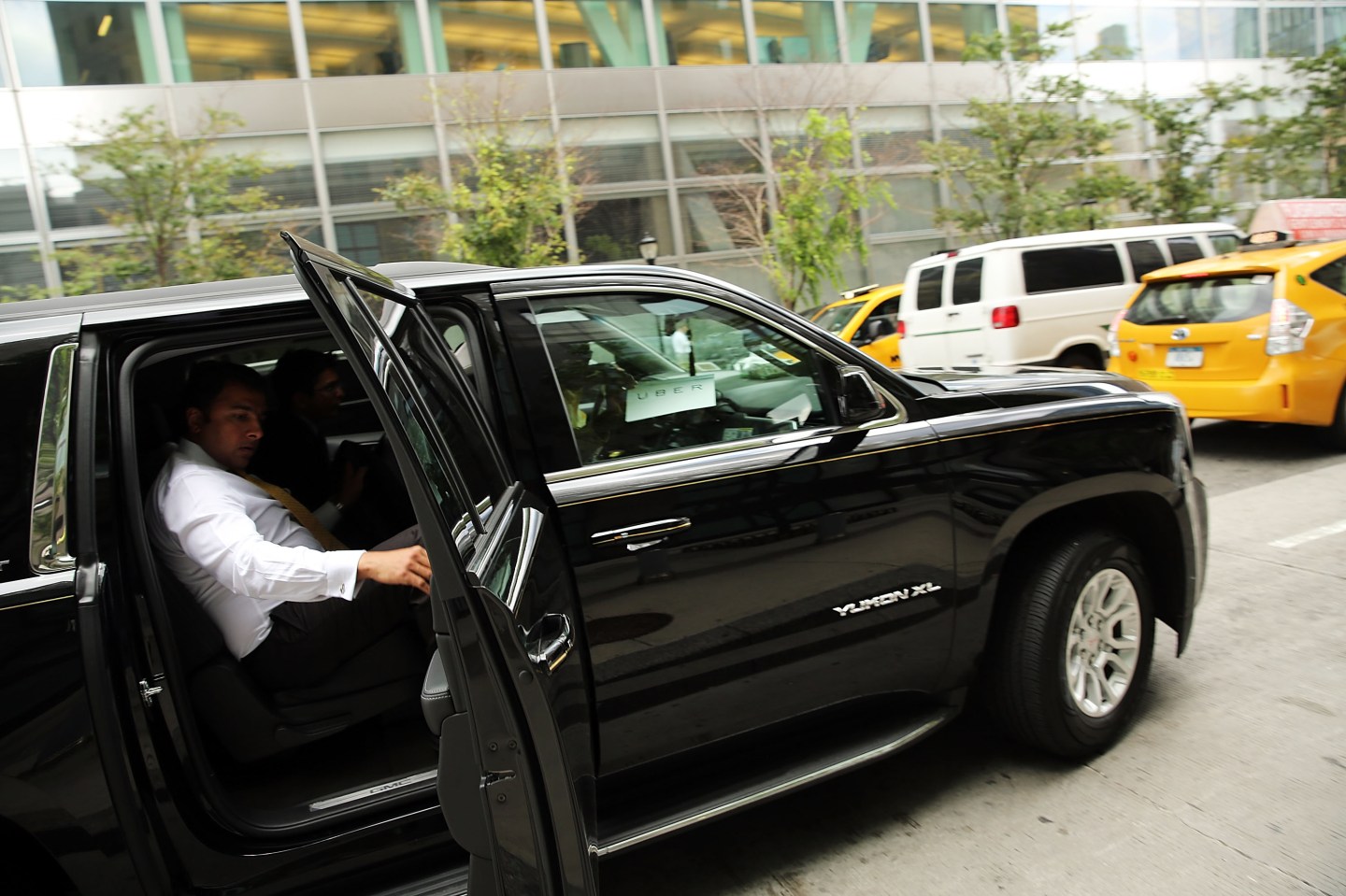 For the first time in the third quarter of 2016, more business travelers are choosing ride-hailing services like Uber and Lyft than traditional taxis and rental cars combined, according to statistics from the expense report software company Certify.

Of the over 10 million ground transportation receipts Certify processed during the three months that ended in September, 52% of them were for the two ride-hailing services. Uber was the overwhelming victor, with 48% compared to Lyft’s 4%. The numbers cover North America.

Ride-hailing has made a huge jump among business travelers over the past year: In Certify’s data for the same quarter last year, Uber had a 31% share and Lyft had 3%, while taxis had 22% and rental cars had 44%.

The recently finished quarter was the first in which ride-hailing surpassed taxis and rental cars combined, at least according to Certify’s expense reports. In the second quarter of 2016, ride-hailing services had 49% of the total, with car rentals and taxis accounting for 37% and 14% respectively. (It’s worth noting that the numbers aren’t perfectly comparable, as car rentals can be the only option for some longer or rural trips.)

The numbers showing ride-hailing becoming the dominant business transportation option come just a day after Uber co-founder and CEO Travis Kalanick said at Vanity Fair’s New Establishment Summit in San Francisco that the ride-hailing giant had reached than 40 million monthly active riders worldwide. He added that he company paid out between $1.5 billion and $2 billion to drivers in the last month, after taking its cut, and that an average Uber rider spends $50 monthly on the service.