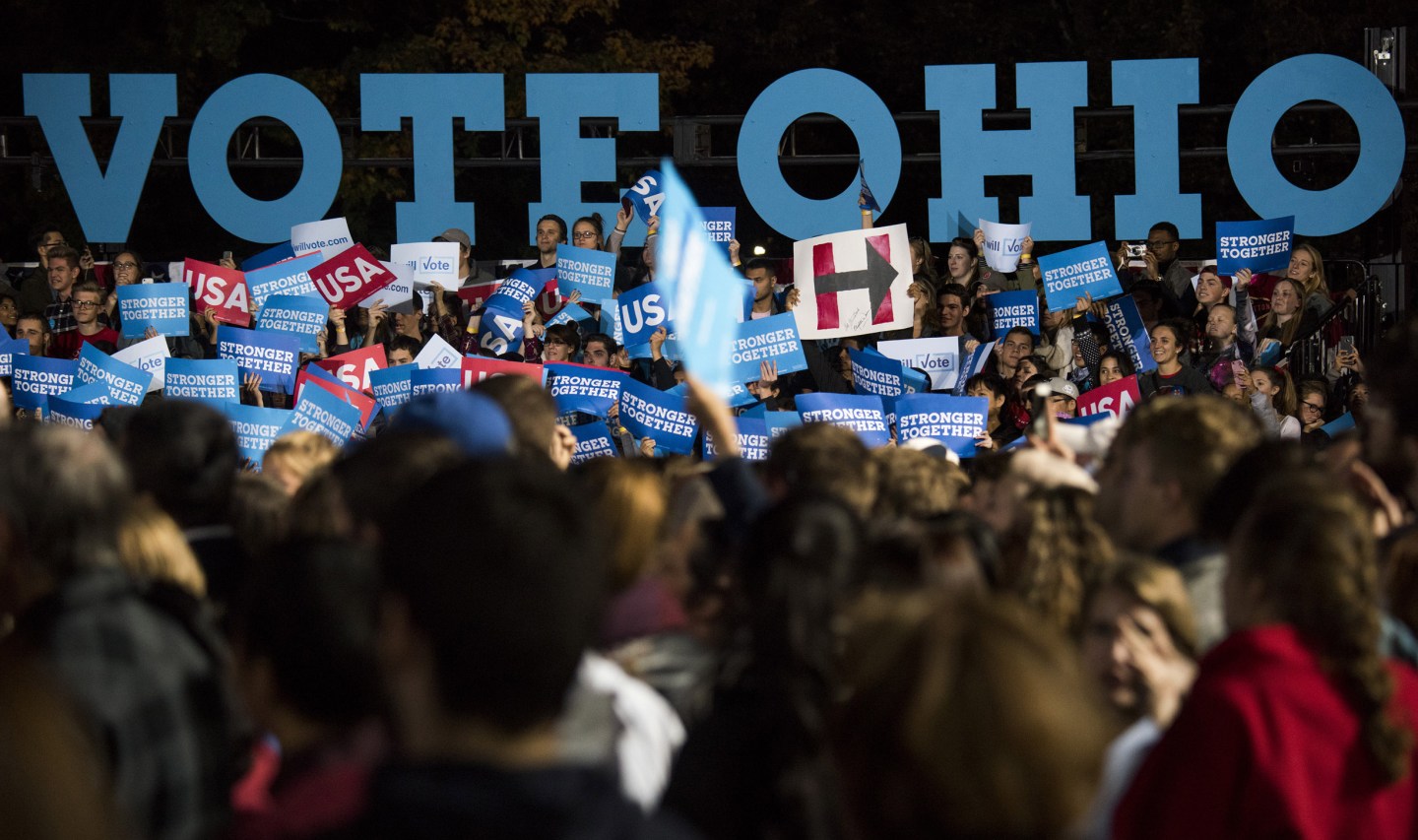 The Buckeye state has been considered a bellwether since at least 1840, when newsman first uttered “As Ohio Goes, So Goes the Union” about that year’s presidential contest. Many years later it remains a battleground, and a reflection of a changing America with all its contradictions—the good, the bad, and the ugly.

It’s becoming older and whiter than most of the country.

Balloons and confetti drop from the ceiling of Quicken Loans Arena during the Republican National Convention in Cleveland, Ohio. Anadolu Agency Getty Images

Ohio’s population is 79.8% white (compared with 61.6% nationwide), and the country’s seventh-most-populous state has resisted the demographic trends of immigration that are turning many states blue.

Some of those demographic shifts could harm the state’s economic outlook. An older population, a low birth rate and much outmigration could constrain Ohio’s long-term prospects, Moody’s says.

The recession savaged its economy, but the state bounced back fast.

The hard-hit state recovered from the recession—and 11% unemployment—quickly, thanks in part to trading partner Detroit’s auto bailout. And, like a few other U.S. success stories, shale deposits in the state’s northeast helped too.

Once a manufacturing mecca, Ohio is still home to 24 Fortune 500 companies, including Procter & Gamble (PG) and Kroger (KR) in Cincinnati. A good sign: The state’s economy has diversified away from heavy industry in recent years. However, after giving Ohio a hard look, GE (GE) CEO and Cincinnati native Jeff Immelt passed on his hometown and moved his company’s headquarters to Boston.

The export hub is not loving trade.

Ohio is the nation’s eighth largest exporter, shipping $50.7 billion, and roughly 47%, of its manufactured goods abroad in 2015. Still, the state is a stronghold of antitrade fervor, which was on display at Cleveland’s 2016 GOP convention.

A version of this article appears in the November 1, 2016 issue of Fortune with the headline “Ohio, Ourselves.”