Last Presidential Debate: How to Watch, Stream and What to Expect 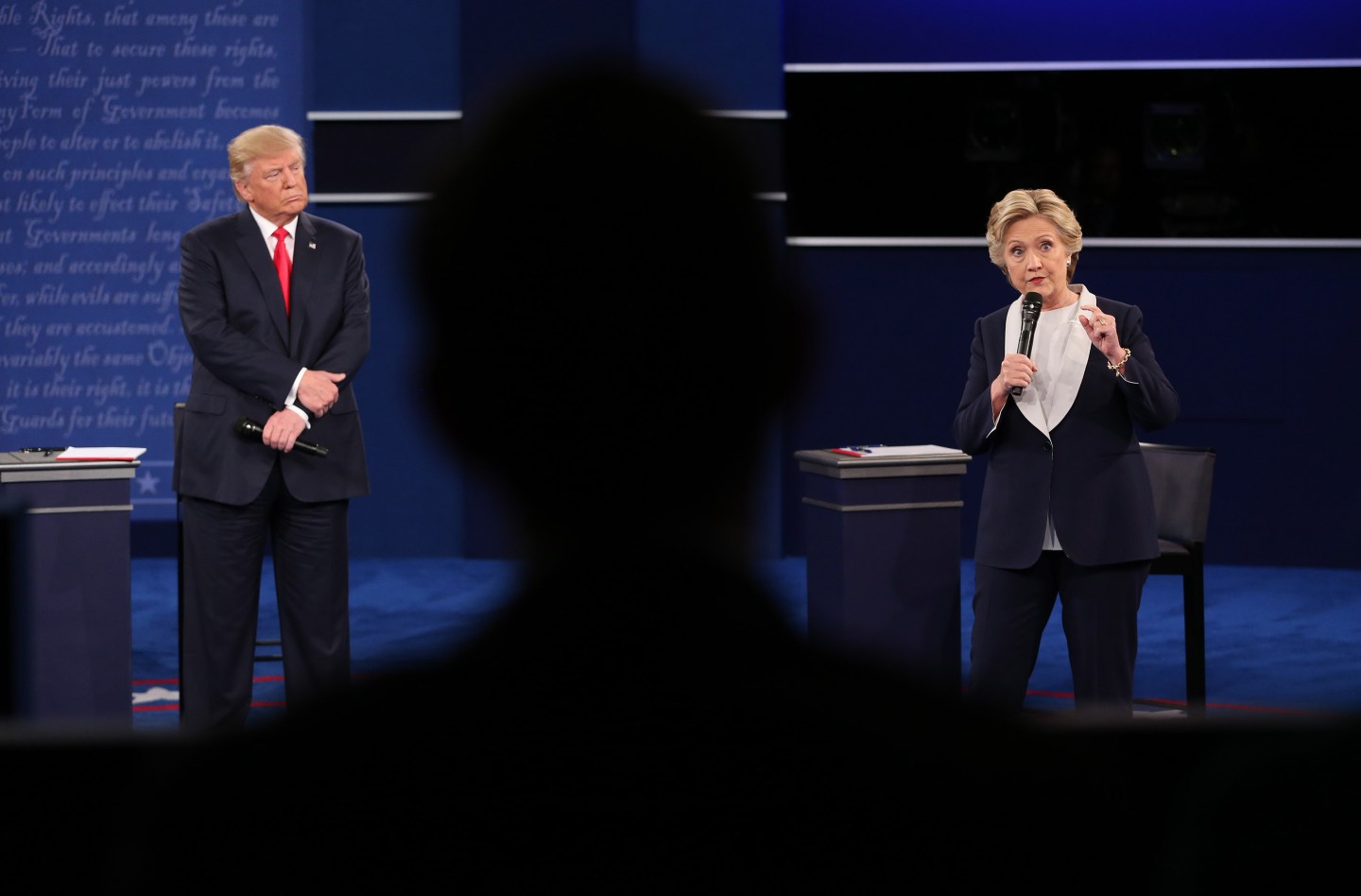 Hillary Clinton, 2016 Democratic presidential nominee, speaks as Donald Trump, 2016 Republican presidential nominee, stands during the second U.S. presidential debate at Washington University in St. Louis, Missouri, U.S., on Sunday, Oct. 9, 2016. As has become tradition, the second debate will resemble a town hall meeting, with the candidates free to sit or roam the stage instead of standing behind podiums, while members of the audience -- uncommitted voters, screened by the Gallup Organization -- will ask half the questions. Photographer: Daniel Acker/Bloomberg via Getty Images
Daniel Acker— Bloomberg via Getty Images

The past week has been especially turbulent for GOP nominee Donald Trump, as he has faced a growing list of sexual assault accusations (which he denies). But Democratic nominee Hillary Clinton also has seen her campaign’s emails continue to make news as WikiLeaks releases more hacked emails every day. The Clinton campaign and White House both have pointed the finger at Russia, saying it’s trying to tilt the election in Trump’s favor.

All of these allegations likely will make for more drama at the final debate of the election cycle.

This year’s wild presidential election has resulted in monster TV ratings every time candidates Hillary Clinton and Donald Trump shared the same stage. The first debate had a record-breaking 84 million viewers (the second debate logged 66.5 million). While it’s unlikely the third debate will break records, it is still sure to be one of the year’s most-watched events, both on television and online.

Political pundits (and polls of voters) mostly agreed that Clinton won the first of her debates against Trump. While some conservatives praised Trump’s performance in the second debate, Clinton’s poll numbers give her a clear lead with a few weeks left before the election.

The final debate takes place Wednesday night at the University of Nevada, Las Vegas and it will be moderated by Fox News anchor Chris Wallace. The topics will include debt and entitlement programs, immigration, the economy, Supreme Court, and “fitness” for the presidency.

Like the previous debates, the Wednesday event—which will run from 9 pm. to 10:30 pm ET, without commercial breaks—airs on the major broadcast networks (ABC, CBS, FOX, and NBC) as well as C-SPAN. It will also air on cable news channels such as CNN, Fox News, Fox Business Network, and MSNBC, as well as Spanish-language networks Telemundo and Univision.

Meanwhile, for anyone interested in watching Sunday’s big event on the big screen, Regal Entertainment Group announced last week that it will offer free screenings of the final presidential debate live in 206 Regal Cinema theaters across the U.S. Fortune also will live stream the debate on its home page.