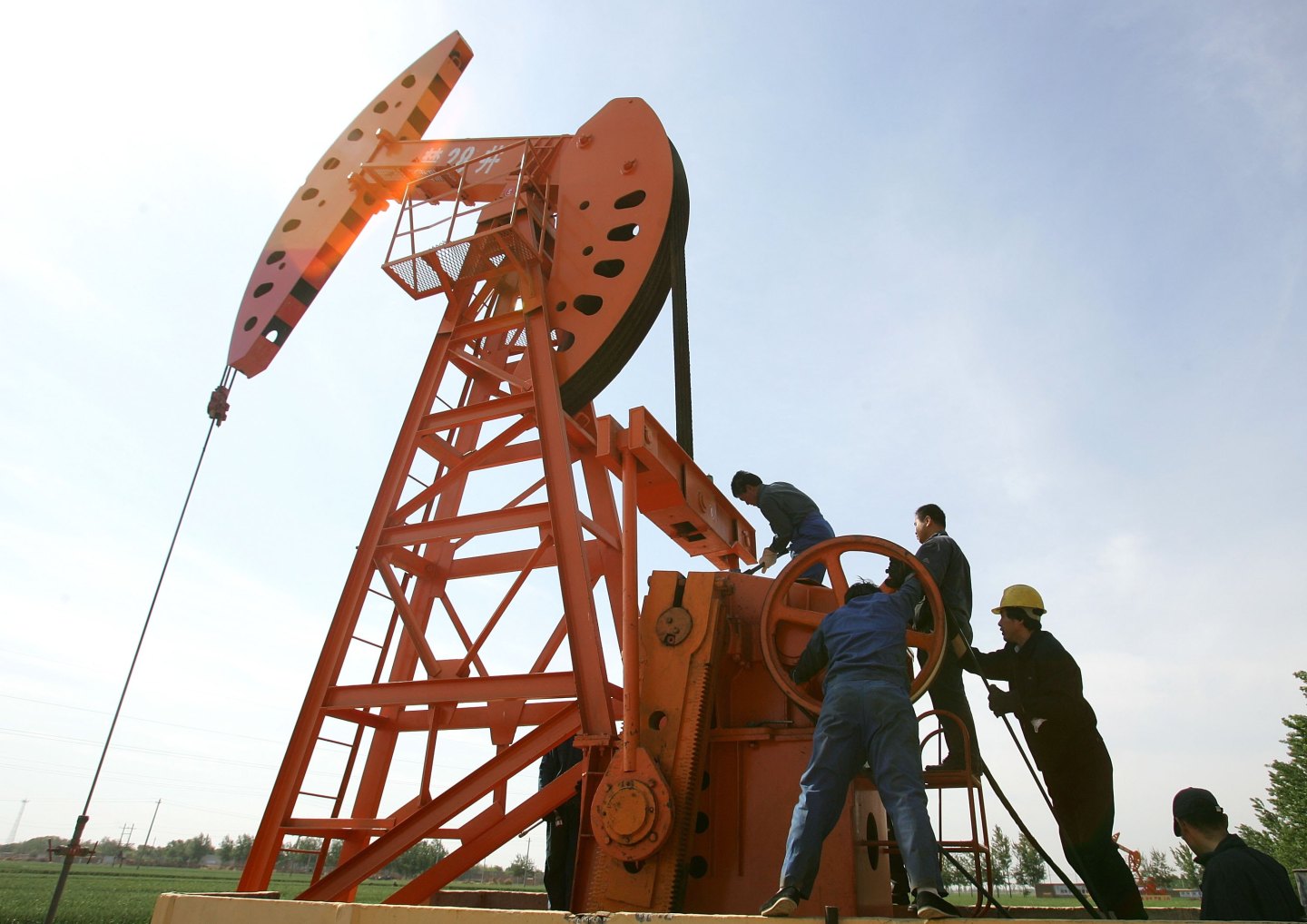 HEJIAN, CHINA - MAY 13: Chinese laborers repair an oil pumping unit at Huabei oil field on May 13, 2006 on the outskirts of Hejian city, Hebei province, China. China, the second oil consumer after the United States, cut imports of crude oil slipped for the first time this year in April, according to government data, reportedly, with a 1.8 percent fall from a year earlier that may dent hopes of firmer demand growth. (Photo by Guang Niu/Getty Images)
Guang Niu Getty Images

China’s crude oil output fell 9.8% in September from a year earlier in the second-biggest year-on-year decline on record, government data showed, with major producers continuing to shut high-cost wells to rein in spending.

Domestic crude output dropped to 15.98 million tonnes, or 3.89 million barrels per day (bpd), near the lowest in six years on a daily basis, National Bureau of Statistics data showed on Wednesday, reflecting both spending cuts at oil fields and the closure of old wells.

The sharp decline, following a record 9.9% drop in August, is the latest sign that a prolonged efficiency drive by drillers in one of the world’s top five producers may help to rebalance the oversupplied global market.

“Overall, low oil (prices) offer a good excuse or reason for Chinese firms to finally shut down those high-cost fields, which were previously operating with little concern over cost,” said Tee Sengyick of consultancy SIA Energy.

Daqing, China’s largest oilfield by output and one of its oldest, as well as Shengli in the eastern province of Shandong, are considered some of the nation’s most inefficient fields and have drawn the most scrutiny among producers in their output cuts.

Those curbs have come as international oil prices have stabilized amid hopes that OPEC members will agree output cuts. Prices are hovering around $52 a barrel after recovering strongly so far this year, but are still down more than 50% since mid-2014 and upstream companies are still struggling to make a profit.

Sinopec Oilfield Services Corp, a listed unit of CNPC’s upstream business, has forecast a nine-month net loss of 8.9 billion yuan ($1.3 billion) due to low prices and weakness in the sector.