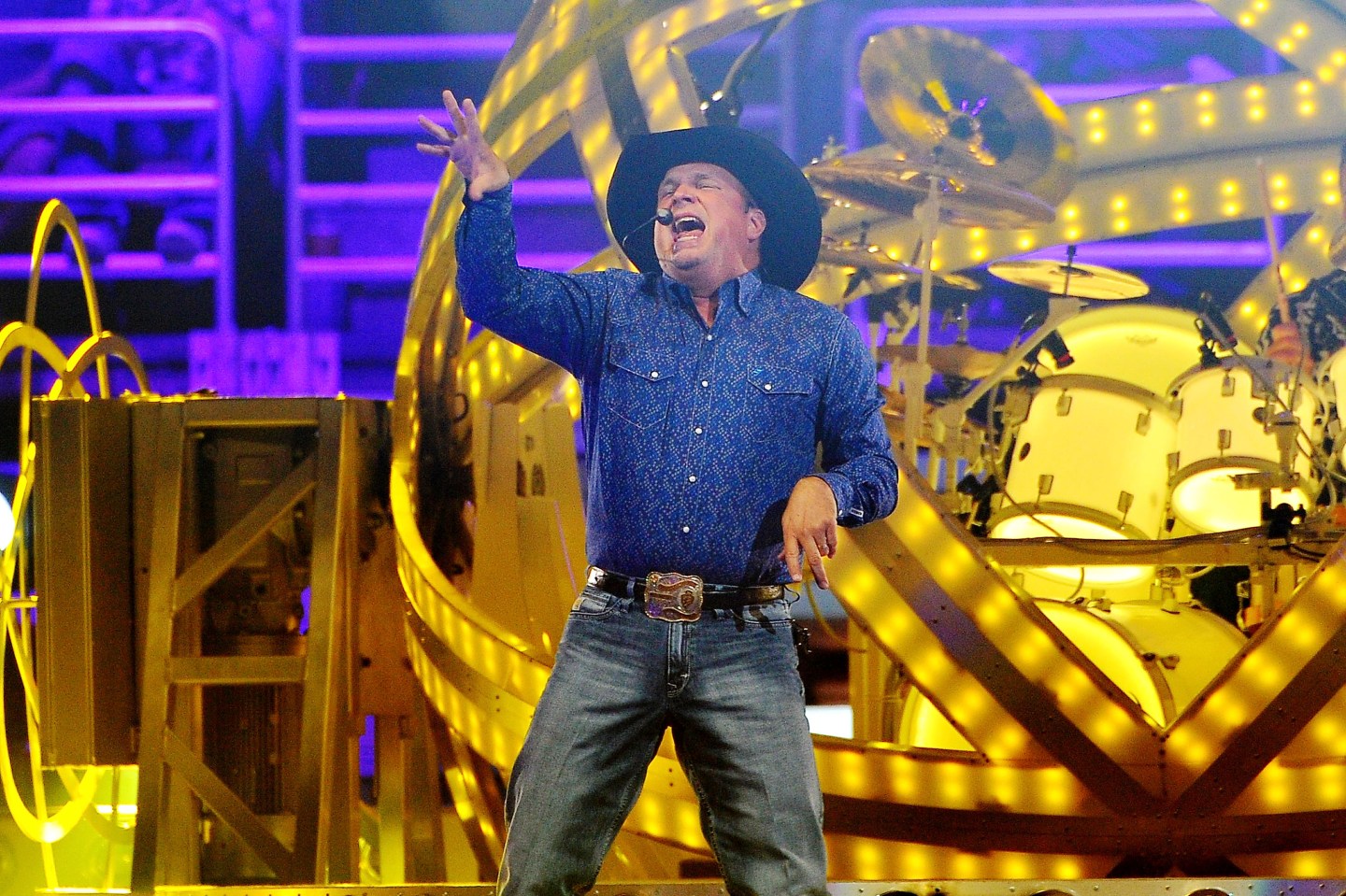 The new music streaming service, which launched just last week, will be the only one with exclusive streaming rights to the country singer-songwriter’s music, Recode reports. Up until now, Brooks was one of the few artists not streaming their music anywhere.

This is an interesting choice for Amazon (AMZN) considering Brooks’ music career peaked about 20 years ago. However, it may end up working in the company’s favor: For one, the only artist to outsell Brooks in the U.S. is The Beatles. It’s also unlikely many of Brooks’ older fans have committed to any streaming service yet, meaning this could be a big draw for them.

Amazon Music Unlimited will at first only stream “Baby, Let’s Lay Down and Dance,” Brooks’ latest single, and a couple of his greatest hits albums. Upcoming projects will eventually be available to stream on the service, including “Gunslinger,” a new album releasing next month, and a Christmas album Brooks is making with wife Trisha Yearwood.

Most of Brooks’ music, including tracks that aren’t streaming, will be available to purchase as digital downloads through Amazon’s music store, too. Amazon is also sponsoring his 2017 concert tour.

Amazon Music Unlimited launched on Oct. 12 and is offering subscriptions ranging between $3.99 and $9.99 per month.