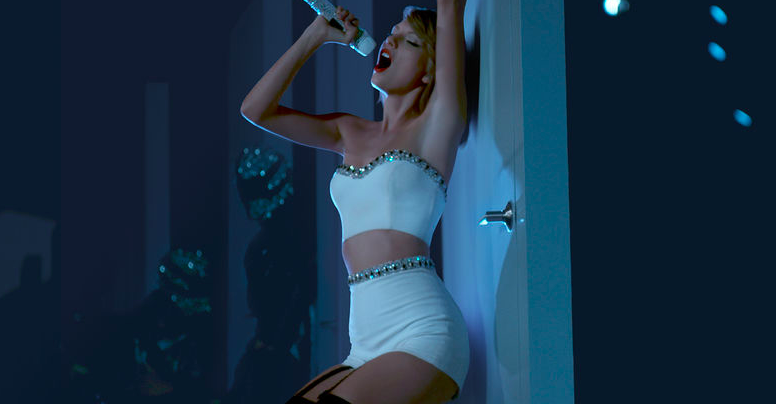 Taylor Swift may not be your cup of chai, but she’s got an enormous following.

With more than 40 million albums sold and 130 million singles downloaded, the 26-year-old singer-songwriter is one of the most successful artists of all time.

The 55-city world tour that wrapped up two weeks ago was her biggest yet. It drew 2.3 million fans, grossed $250 million and was, by all appearances, a lot of fun. Ms. Swift sings, dances, cracks wise, rides a magic floating catwalk, and welcomes to the stage a parade of celebrity guests that included Justin Timberlake, Mick Jagger, Mary J. Blige, Alanis Morissette, Ellen DeGeneres, Lena Dunham, Serena Williams, and the U.S. Womens Soccer team.

So it will matter to more than a few people that Taylor Swift’s 1989 World Tour Live, the two-hour documentary released on iTunes Sunday morning, is not just a first-rate piece of music-video filmmaking, but an Apple Music exclusive.

The video is free, but you have to subscribe to Apple’s (AAPL) new music streaming service to see it.

Apple was late to the music streaming party, and it entered with a new business model. Its customers must pay to stream music—$9.99 per month, $14.99 for the family plan. Previous streaming services—Spotify (SPOTIFY), Pandora (P), YouTube (GOOG) and the rest—all offer both a paid and a free, ad-supported service.

It was Apple’s no-free-music policy that persuaded Taylor Swift—no slouch as a businesswoman—to grant Apple exclusives for both her 1989 album​ (named for the year she was born), and the new documentary.

Apple Music will need more deals like this to persuade a generation raised on free to start paying for their entertainment. Swift’s World Tour Live was Apple’s biggest draw yet, but it may not be the last. According to Billboard, Apple will start streaming the Beatles on Christmas Eve.

The Beatles’ catalog was already available for download on iTunes, but streaming rights had to be negotiated anew. The Beatles—like Apple and Taylor Swift—don’t give anything away for free.

For more on Apple’s deal with Taylor Swift watch the Fortune video below.