Some of St. Jude Medical Devices Are About to Be Sold Off for $1.12 Billion 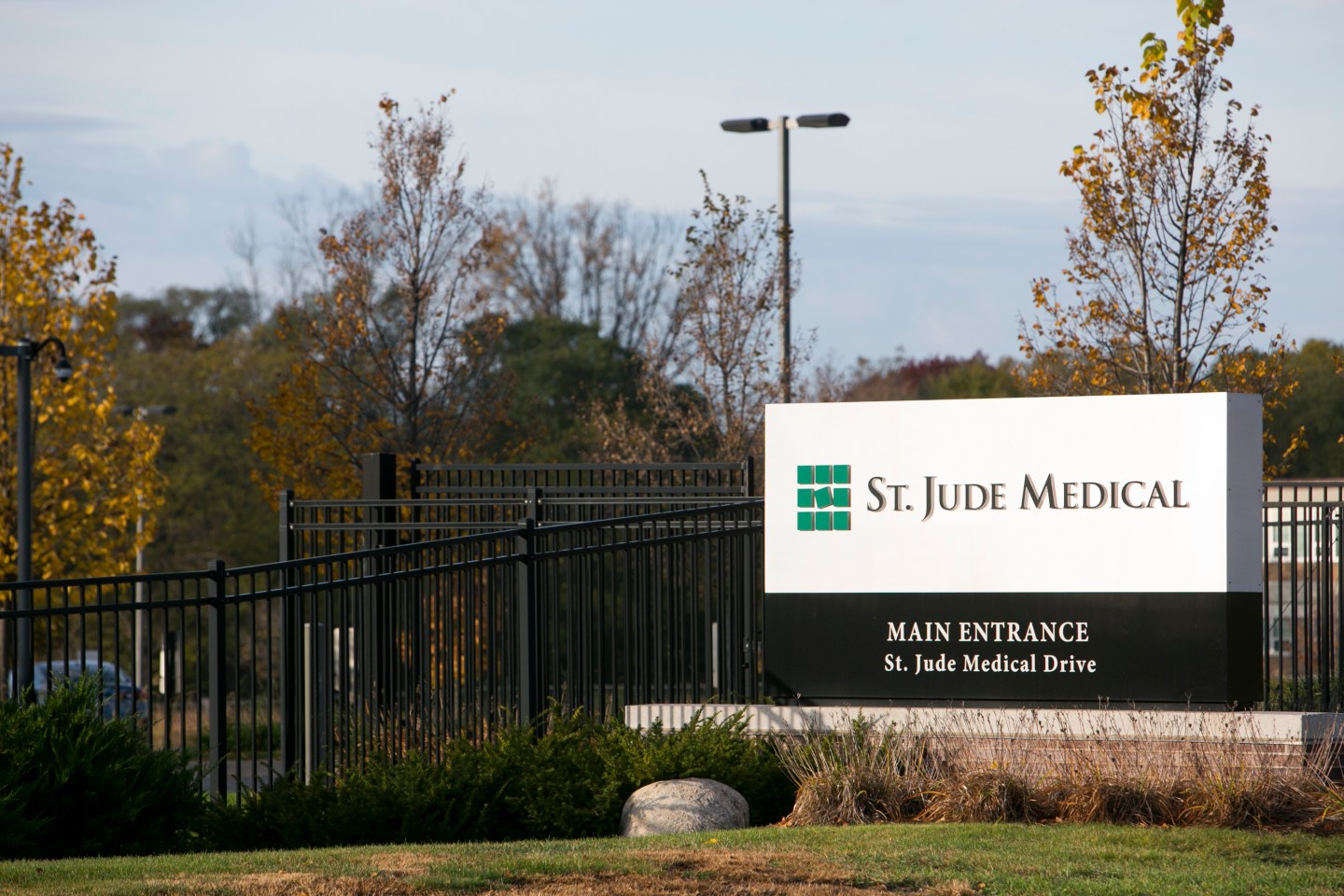 Abbott Laboratories, which is in the process of buying St. Jude Medical for $25 billion, said the companies would sell some of their medical devices to Japan-based Terumo for about $1.12 billion.

Abbott said on Tuesday the deal is an important step toward completion of the St. Jude acquisition, which is scheduled to close by the year-end.

The deal is subject to the successful completion of Abbott’s acquisition of St. Jude and other approvals.

The divestiture was a nice win for the companies as it signaled that the deal remained on track to close before the year-end and the price seems “extremely lucrative,” Canaccord Genuity analysts wrote in a client note.

St. Jude has been under pressure after short-seller Muddy Waters and research firm MedSec Holdings alleged in August that the company’s heart devices were riddled with defects that make them vulnerable to cyber hacks. St. Jude has denied the allegations and sued both companies.

For more, read: St. Jude Medical Will Form a Cybersecurity Board After Heart Device Defect

The company said last week it would recall some of its 400,000 implanted heart devices due to risk of premature battery depletion, a condition linked to two deaths in Europe.

Abbott said it would retain its vascular closure products.

Abbott has been divesting to focus on its cardiovascular devices and diagnostics business, selling its medical optics division to Johnson & Johnson (JNJ) for $4.3 billion last month.