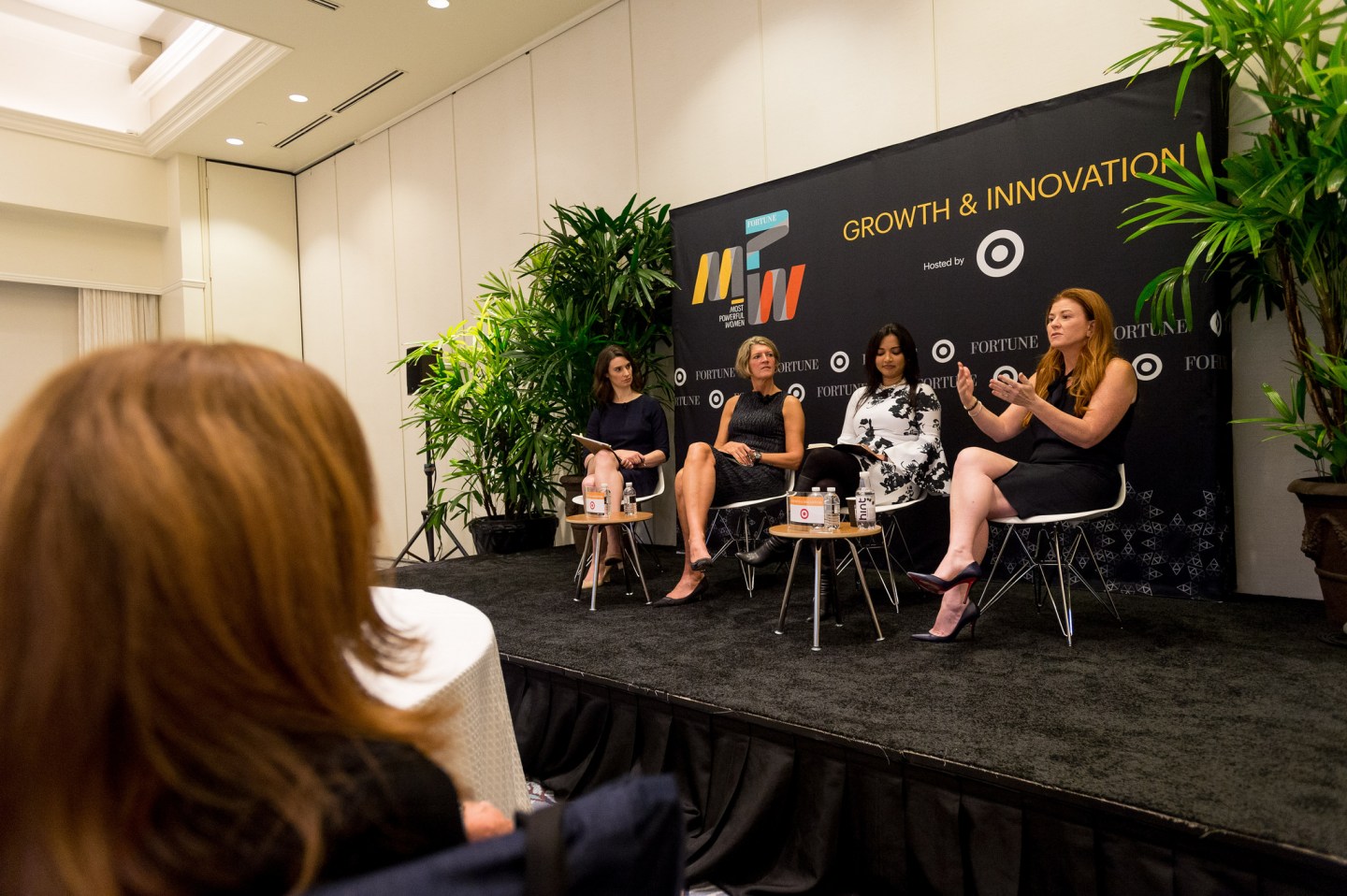 Who decides the future of food? You do.

Speaking on a panel at Fortune’s Most Powerful Women Summit on Tuesday, Sally Grimes, chief global growth office and president of Tyson Foods, noted that when it comes to issues like genetically modified organisms (GMOs), shoppers’ beliefs don’t always line up with the science. “So for us, we just follow the consumer,” said Grimes. “We don’t try to convince the consumer that GMOs aren’t bad.”

It’s not that she doesn’t think that the food industry has a responsibility to inform its customers, she said. “When the science is there, we share the science. But there are personal value systems that aren’t necessarily driven by scientific fact—then we’re going to follow the consumer.”

Fellow panelist Beth Ford, Land O’Lakes COO and group EVP, noted that it’s not just ingredients that matter to shoppers. “Millennials especially are making decisions about their food based on the values of the company.”

Hint water founder and CEO Kara Goldin agreed: “They want to know everything from where is the food coming from, to what are you going to do with that plastic bottle afterwards.”

So, how do you please consumers that wants total information—and may have their own non-scientific ideas about what does and doesn’t belong in their food?

The keys, the panel seemed to agree, are transparency and authenticity. “You have to have authenticity about what you’re presenting to the consumer—because they will find out,” said Ford.

That can involve offering an increasing variety of options. “Not all consumers want GMO-free,” said Grimes, adding that her company offers a range of products, some GMO-free, some not. “It’s about choice.”