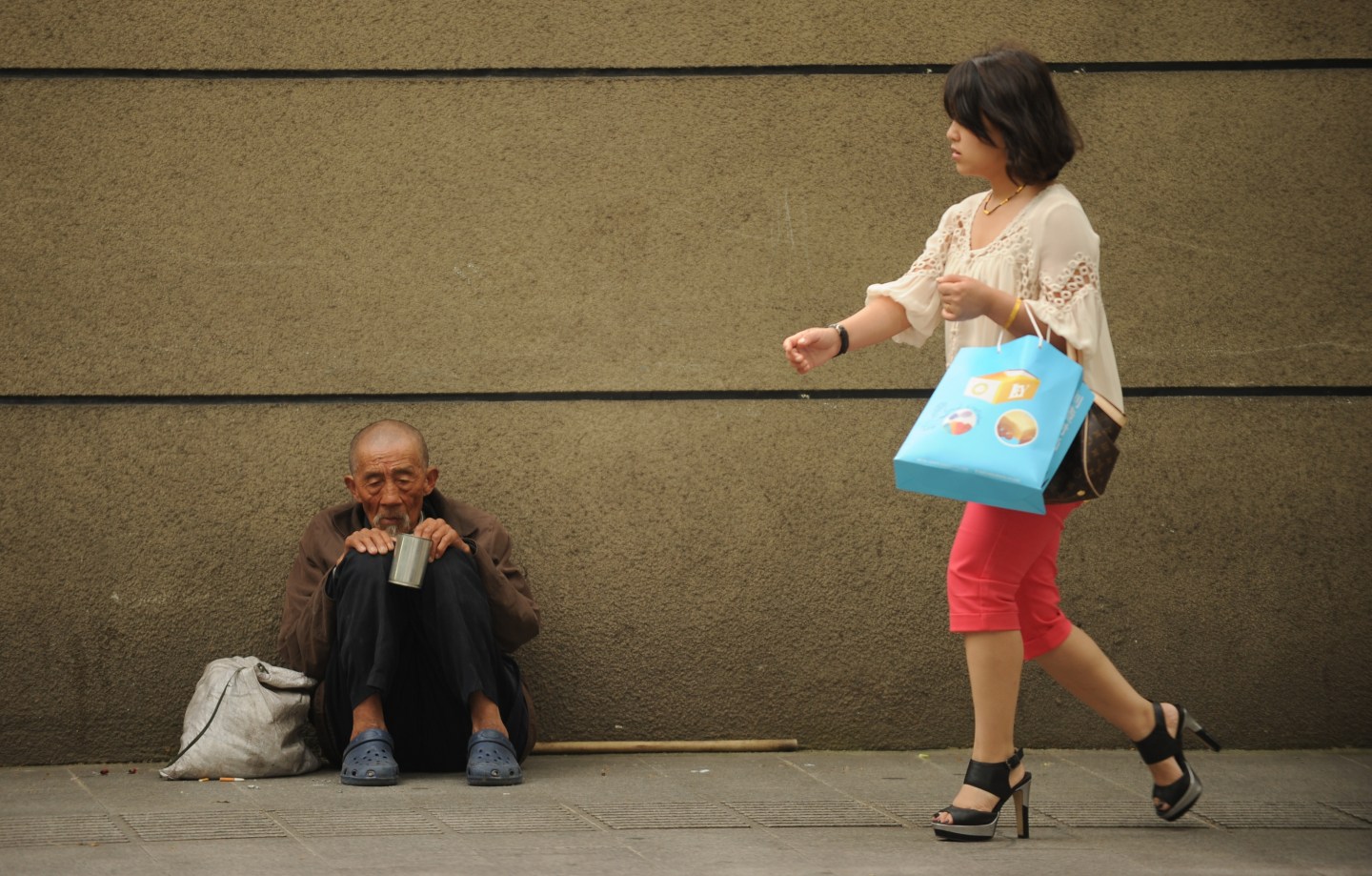 A man begs on a street as a woman passes by in Shanghai on May 9, 2012. China could face an economic crisis in the next 20 years if it does not quickly overhaul its development model, World Bank and Chinese government researchers warned recently. AFP PHOTO/Peter PARKS (Photo credit should read PETER PARKS/AFP/GettyImages)
PETER PARKS/AFP/Getty Images

A group of 51 enterprises run by the Chinese central government has launched a 12.2 billion yuan ($1.83 billion) fund to invest in the country’s poorest regions, as part of China’s strategic plan to use market forces in the fight against poverty.

Firms like the Three Gorges Project Corporation, the State Grid Corporation and the State Development and Investment Corporation will gradually increase the fund to 100 billion yuan, the State-Owned Assets Supervision and Administration Commission (SASAC) said on Monday on its website (http://www.sasac.gov.cn).

According to the official Xinhua news agency, 70 million people still live on incomes of less than 2,300 yuan per year, which is China’s official poverty line. China aims to reduce that number by 10 million a year starting from 2016.

Xinhua said the fund will invest in resource exploitation, the construction of industrial parks and urbanization in China’s poorest regions.

China is in the middle of a sweeping reform program designed to rejuvenate its lumbering state sector and create industrial champions capable of competing internationally.

But the government and the Communist Party have delivered mixed messages to the country’s giant state firms, saying they should be more responsive to the market while at the same time fulfilling their social and political responsibilities.

At a meeting earlier this month, President Xi Jinping told heads of state-owned firms that the Party would continue to play a leadership role in the reform of the state sector.

He described China’s state owned enterprises as “the most dependable support for the party and the state” and an important force behind the party’s efforts to “win many more historical victories,” according to an account of the meeting published by SASAC.