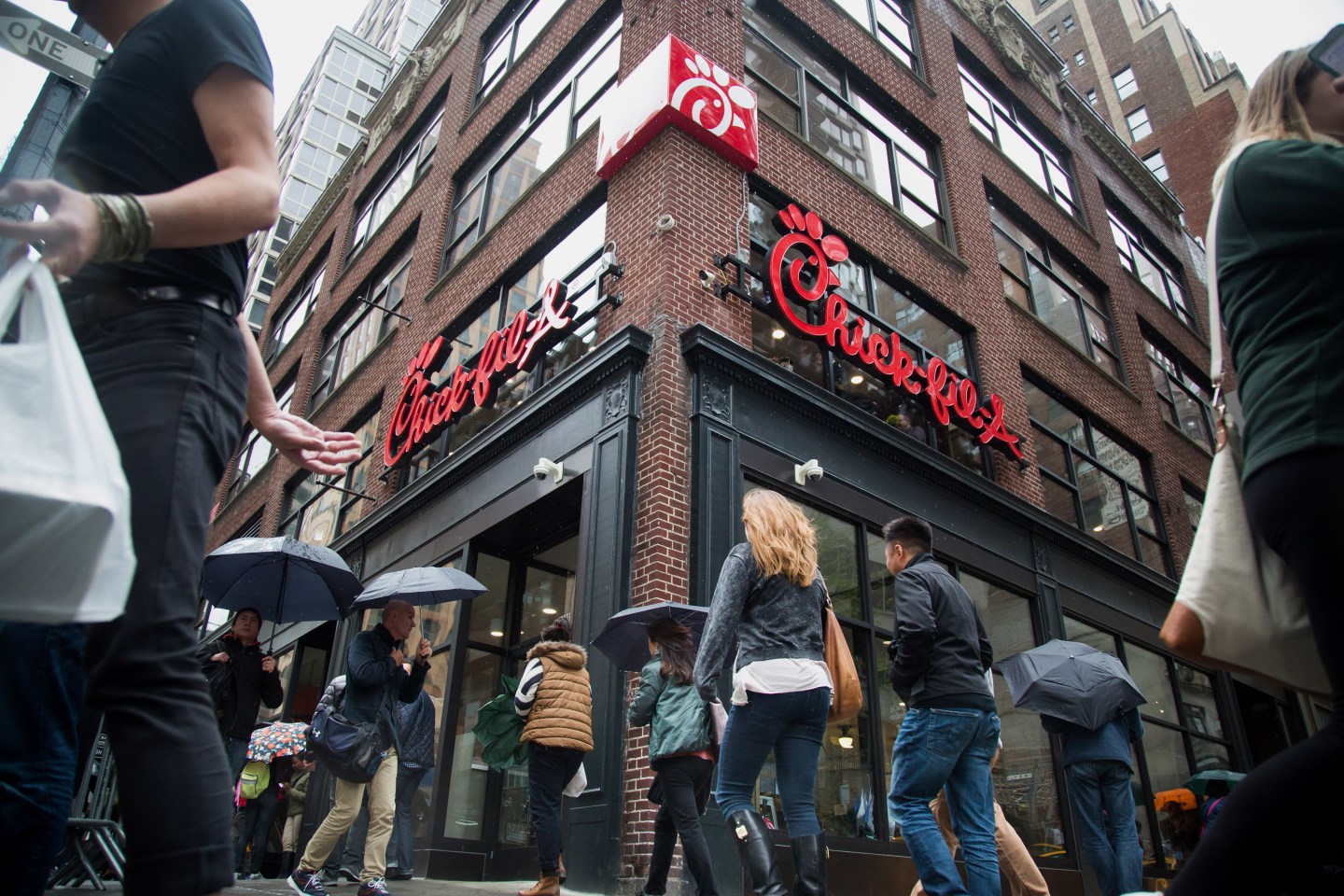 Pedestrians walk past a Chick-fil-A restaurant in New York, U.S., on Friday, Oct. 2, 2015. Chick-fil-A, the Southern chicken-sandwich chain that has drawn both controversy and copycats over the years, has finally arrived in New York. The company will open a 5,000-square-foot (465-square-meter), three-level restaurant in Manhattan's Garment District that will be the chain's largest location in the nation. Photographer: Michael Nagle/Bloomberg via Getty Images
Michael Nagle—Bloomberg via Getty Images

A short video ad posted by Chick-fil-A is an ode to the daily madness at-home moms face while raising young children. In the digital age, however, even well-meaning advertisements can offend and face blowback on social media.

The privately-held restaurant chain, best known as a purveyor of chicken sandwiches, found itself the target for a video it posted on Facebook called, “Crazy Morning Mom.” The complaints? It was sexist to exclude fathers.

In the two-minute video, a handful of real moms are shown chasing kids, feeding and grooming them, and preparing them for their daily activities. A male butler then arrives at the door to surprise the mothers, who aren’t actors but “real fans” of Chick-fil-A, according to the company.

This butler commends the moms for their hard work, brings along some breakfast for the morning, and then offers some assistance to help the kids get ready. The video, meant to inspire interest in the company’s breakfast menu, has generated close to 780,000 views and mostly received praise from moms.

Some men and women, however, took issue with the fact that the ad only featured mothers. Dads were completely absent.

“Good thing to know that dads who watch their children in the morning don’t have busy or crazy mornings… Stereotyping dads as never around, way to go [Chick-fil-A],” wrote one user. “Plenty of single fathers too. Not just moms who get their kids ready,” another Facebook user lamented.

Chick-fil-A, for its part, had a ho-hum response to the negative feedback.

“Chick-fil-A loves dads, too,” said Carrie Kurlander, vice president of public relations. “This video was posted recently to our Facebook page and represents a group of mothers who are actual fans. It is not part of a greater advertising plan.”