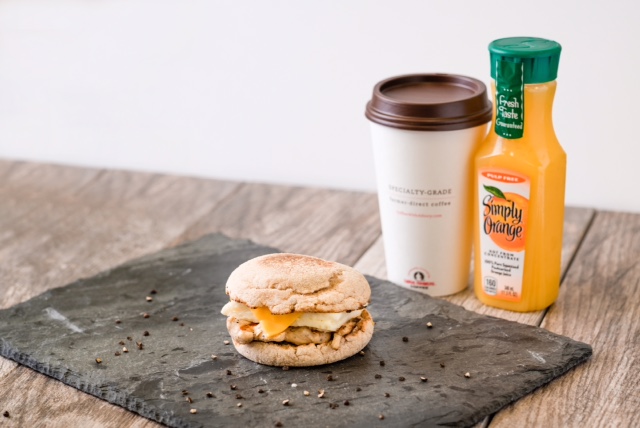 Chick-fil-A just added a new item to its breakfast menu for the first time in six years.

The Egg White Grill launched nationwide on Monday. With 300 calories and 25 grams of protein, the chain describes it as a “lower-calorie menu option.” It is made with grilled chicken breast, grilled egg whites, and American cheese on a multigrain English muffin. The price starts at $3.35.

Chick-fil-A’s breakfast menu currently includes a chicken biscuit, bacon or sausage with egg and cheese, breakfast burritos, and a Greek yogurt parfait. Aside from the parfait, the Egg White Grill is the least calorie-packed offering on the breakfast menu. Additionally, by adding it to the menu, Chick-fil-A became one of the first fast food chains to serve grilled chicken for breakfast.

“We tested the Egg White Grill in select markets across the country, including our busiest restaurants in Manhattan, and our customers gave us great feedback,” Chick-fil-A’s vice president of menu strategy and development, David Farmer, said in a press release. “The Egg White Grill is the perfect solution for our health-conscious customers looking for a grab-and-go breakfast.”

The chain had to remove its Spicy Chicken Biscuit from the menu to make room for the new breakfast sandwich, eliciting some mixed emotions on Twitter. Many patrons who have tried the Egg White Grill seem to like it, but others are bitter that it replaced the spicy sandwich.

@ChickfilA has a new egg white and grilled chicken breakfast sandwich! My soul is happy 😍😋

How in the HELL does a egg white grill sound as good as a spicy chicken biscuit? Jesus wept at this decision https://t.co/KmhuXrDFHq

Breakfast has increasingly become more important in the fast food sector and, according to USA Today, it’s the only area in which food-service establishments have seen growth in recent years. Taco Bell only started serving breakfast about two years ago, and now the meal makes up about 6% of its total sales. Meanwhile, McDonalds’ all-day breakfast has proven to be a continued success for the company.