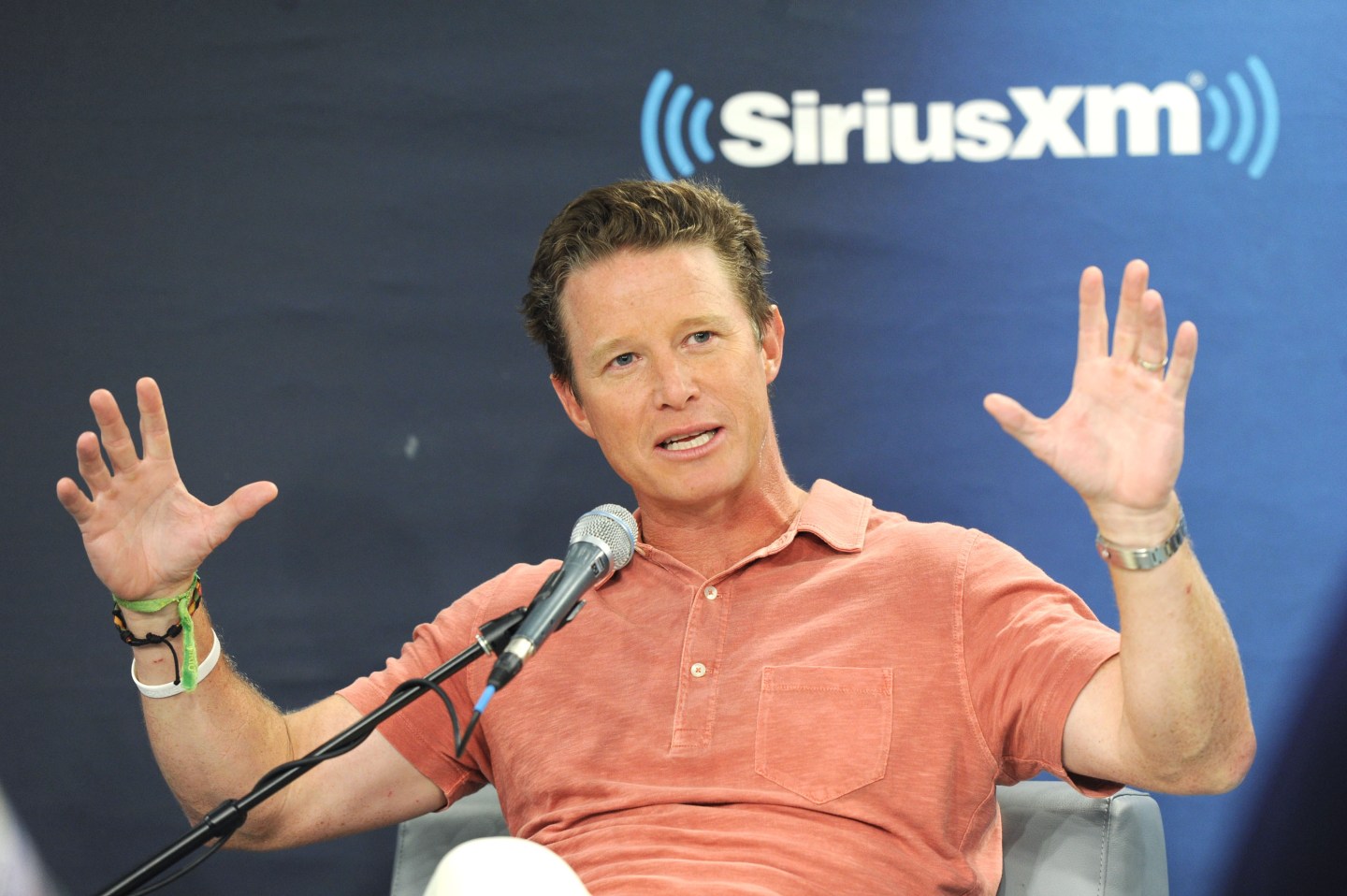 Kiss up or shut up? Friendship or flattery?

The firing of presenter Billy Bush on Monday from NBC’s Today show for taking part in a 2005 lewd conversation with Republican White House contender Donald Trump highlights the fine line celebrity media must walk in their bid to get access to the stars.

“The schmoozing of sources goes on in every beat and reporters often behave like chameleons around their sources to get them to open up,” said Mark Feldstein, a former TV reporter who is now a professor of journalism at the University of Maryland.

“That said, Billy Bush took it way beyond the pale,” Feldstein added.

Bush, 45, was working at the time for NBC’s syndicated Access Hollywood, one of a plethora of American TV shows that mix celebrity gossip, entertainment, and light-hearted interviews.

Trump in 2005 was riding high as the brash but popular host of NBC’s reality TV show The Apprentice.

After the emergence of the tape, Bush apologized, saying he was “embarrassed and ashamed” by his behavior.

Entertainment journalism poses more ethical problems than most with its paid movie and TV junkets to exotic locations, fancy meals and armies of publicists, managers and film studio staff who decide who gets access to glamorous celebrities.

“Sometimes if you want to get an interview with an A-lister on a red carpet or at a junket, you can find there will be a publicist saying, ‘no questions about the divorce or about the kids,’ and 9 times out of 10 you will agree to it. It’s par for the course in that world,” said Sara Hammel, a former reporter for People magazine and author of Red Carpet Regret:Confessions of a Cynical Celebrity Journalist.

Disobey such instructions and the fear is that a journalist might not be asked back, or may jeopardize the chance for the coveted mea culpa exclusive interview later down the road.

Arianne Zucker, the Days of our Lives soap actress filmed greeting Trump and Bush after their discussions about women on their bus, said she found the comments offensive but not shocking.

Zucker did not seem to blame Bush for his role. “Who knows how he was feeling when he walked off the bus or what he needed to do in the relationship?” she said in a TV interview on Thursday. “Because when he came off the bus along with Mr. Trump, I had no feeling but professional, that’s it.”

Stacy Jones, CEO of entertainment marketing agency Hollywood Branded, said the role of celebrity journalists is to make their interviewees feel comfortable so they will open up.

“For Bush, it is career suicide to lose a celebrity’s willingness to speak to him. That’s really his calling card and his meal ticket,” she added.

Feldstein said it was hard to feel sympathetic for Bush, who he felt had crossed a line in his conversation with Trump “with enthusiasm.” But he said Bush was also being singled out for a larger, institutional problem of sexism in the media.

“It’s not just the misogyny of one TV host. It’s part of the larger casting couch culture that continues to exist in television,” he said.