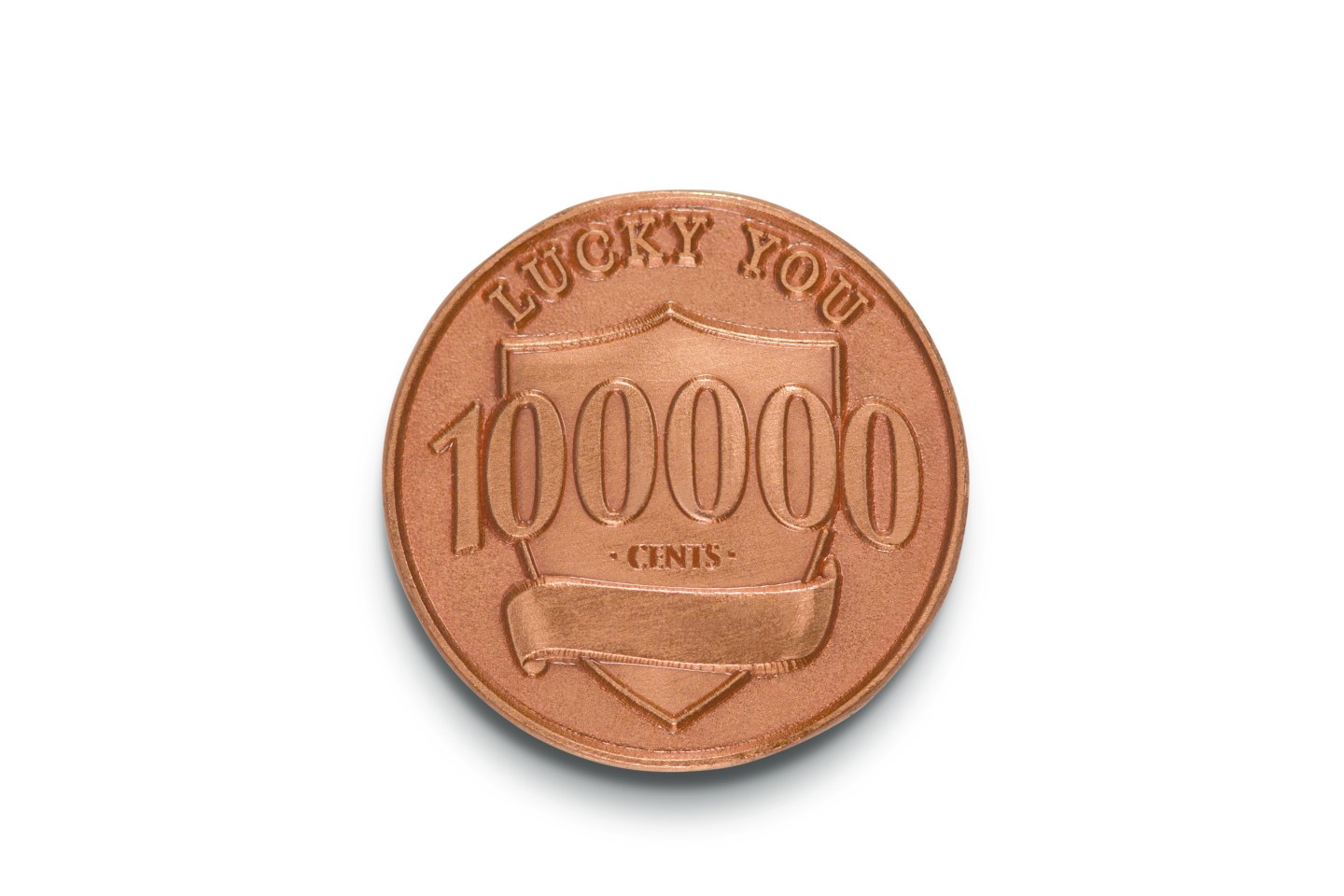 Ally Bank is going down the Pokemon Go route—although winners will get much more than a virtual monster as a reward.

Ally Financial, the bank’s holding company, has placed 100 penny-like coins with the company’s logo in 10 U.S. cities, the bank announced Tuesday. Oh, and each penny is worth $1,000.

Starting Tuesday, people in Austin, Charlotte, Chicago, Denver, Detroit, Los Angeles, Miami, New York City, San Diego, and Washington D.C. should start sweeping streets for one of the least loved forms of legal tender—the penny—for the chance to redeem it for $1,000 on Ally’s website, AllyLuckyPenny.com. Each city has 10 pennies.

The pennies, like Pokemon Go’s Pokestops, will be placed around landmarks unique to each city. The bank will also be offering clues about where to find the pennies on its website or through its Twitter page.

This was New York’s hint:

How to honor the Constitution’s author? With his own NYC park & an #AllyLuckyPenny in it. Rules: https://t.co/14UBh7Dkdy pic.twitter.com/8IMo1XQVLW

The marketing push will likely help increase brand awareness for Ally, as more and more consumers turn to online banks for their lower fees and often higher savings rates, leaving many still reticent about going to a bank without a brick-and-mortar location.

“We believe every penny counts when it comes to saving, and it’s important for everyone to understand that routinely saving, even the smallest amounts, is important to generating wealth over time,” said Diane Morais, chief executive officer and president of the Ally Bank subsidiary in a statement.