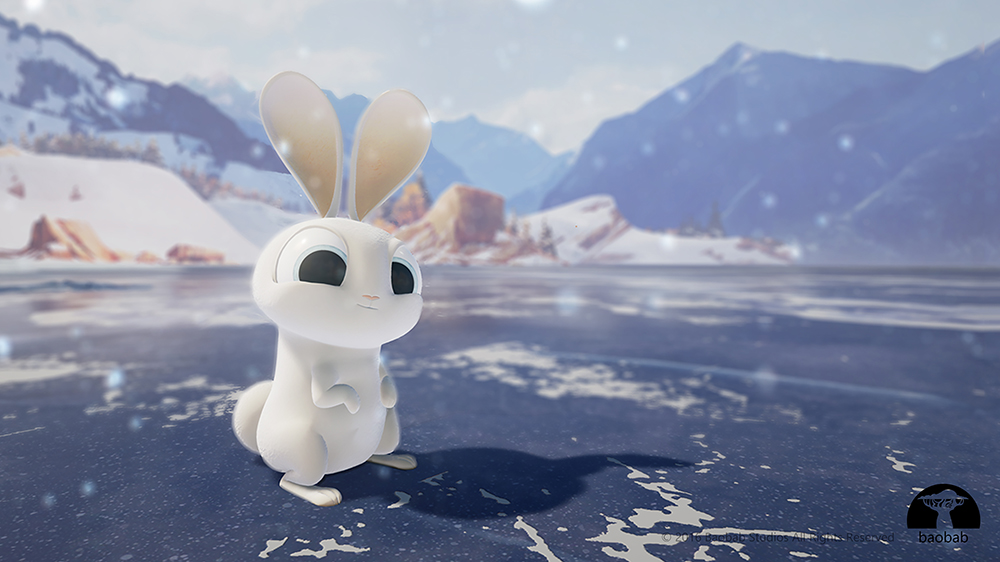 A bunny from the VR animated short Invasion!
Baobab Studios

Virtual reality is more than just a new way for hardcore video gamers to shoot robots or race each other on futuristic racetracks. Hollywood movie studios, animators, and screenwriters are also looking to create virtual reality films in which users can interact with their environments and even alter the story based on their decisions.

Baobab Studios is an example of one VR startup that’s getting a lot of attention from virtual reality investors and film studios for its VR animated shorts. The startup said Tuesday that it had landed $25 million in a funding round led by Hong Kong-based Horizons Ventures along with 20th Century Fox, Evolution Media Partners, Shanghai Media Group, Youku Global Media Fund, and LDV Partners.

The startup now has $31 million in total funding. It did not disclose its valuation.

“We are on the cusp of a storytelling revolution with this medium, and VR gives filmmakers the opportunity to develop immersive experiences and take audiences into the story like never before,” Mike Dunn, president of 20th Century Fox Home Entertainment, said in a statement.

The startup’s animated VR short Invasion! was shown at several high-profile movie festivals like the Tribeca Film Festival, Toronto Film Festival, and Cannes Film Festival, earning good reviews. The animated short was so admired that film company Roth Kirschenbaum (whose founders produced popular movies like Alice in Wonderland and Snow White and the Huntsman) said in September that it would partner with Baobab Studios on a non-VR feature-length movie based on characters in Invasion! and its storyline.

Baobab Studios co-founder and CEO Maureen Fan said that virtual reality remains the startup’s focus and that it is developing more VR flicks like its new short Asteroids!, which was presented during Facebook’s annual Oculus Rift developer conference.

Part of the appeal of Baobab Studios’s VR shorts is the family-friendly and adorable animation, partly in the style and quality of big-screen animations from film studio Pixar. Fan, formerly a vice president of games at mobile game maker Zynga (ZNGA), is a lifelong animation buff and once interned at Pixar, while Baobab co-founder and chief creative officer Eric Darnell previously worked at DreamWorks Animation (DWA) where he wrote and directed several Madagascar animated movies.

In Invasion!, viewers take the perspective of a cute bunny that has a rabbit friend in a snowy forest with alien space invaders.

Part of the challenges of creating a narrative in VR is that unlike a traditional film, the directors have no control over where a viewer might be looking when watching, Fan explained. As a result, viewers may miss out on important scenes or events as they gaze in a direction that the director didn’t anticipate.

To guide the viewer to properly following the action during important events in Invasion!, Fan said that director Darnell scattered visual and audio queues throughout the film. For example, during a moment in the film when a bunny sniffs at the viewer, the rabbit suddenly looks to the right, which leads the viewer to look at the same direction.

Baobab Studios also tested early versions of Invasion! on nearly 2,000 people to gauge their reactions so that the film makers could then refine the short, Fan said. Darnell originally wanted “dramatic tension” during a scene involving a spaceship approaching the Earth, but found that viewers kept turning their heads around to try to find the spaceship as they heard its sound. As a result, Darnell sped up the spaceship’s arrival in the scene.

“He was open to where people were looking,” Fan said of Darnell’s decision.

Last September, 20th Century Fox said it would make over 100 movies in its film library available to rent or purchase on Oculus software powered-devices like the Oculus Rift or Samsung Gear VR.