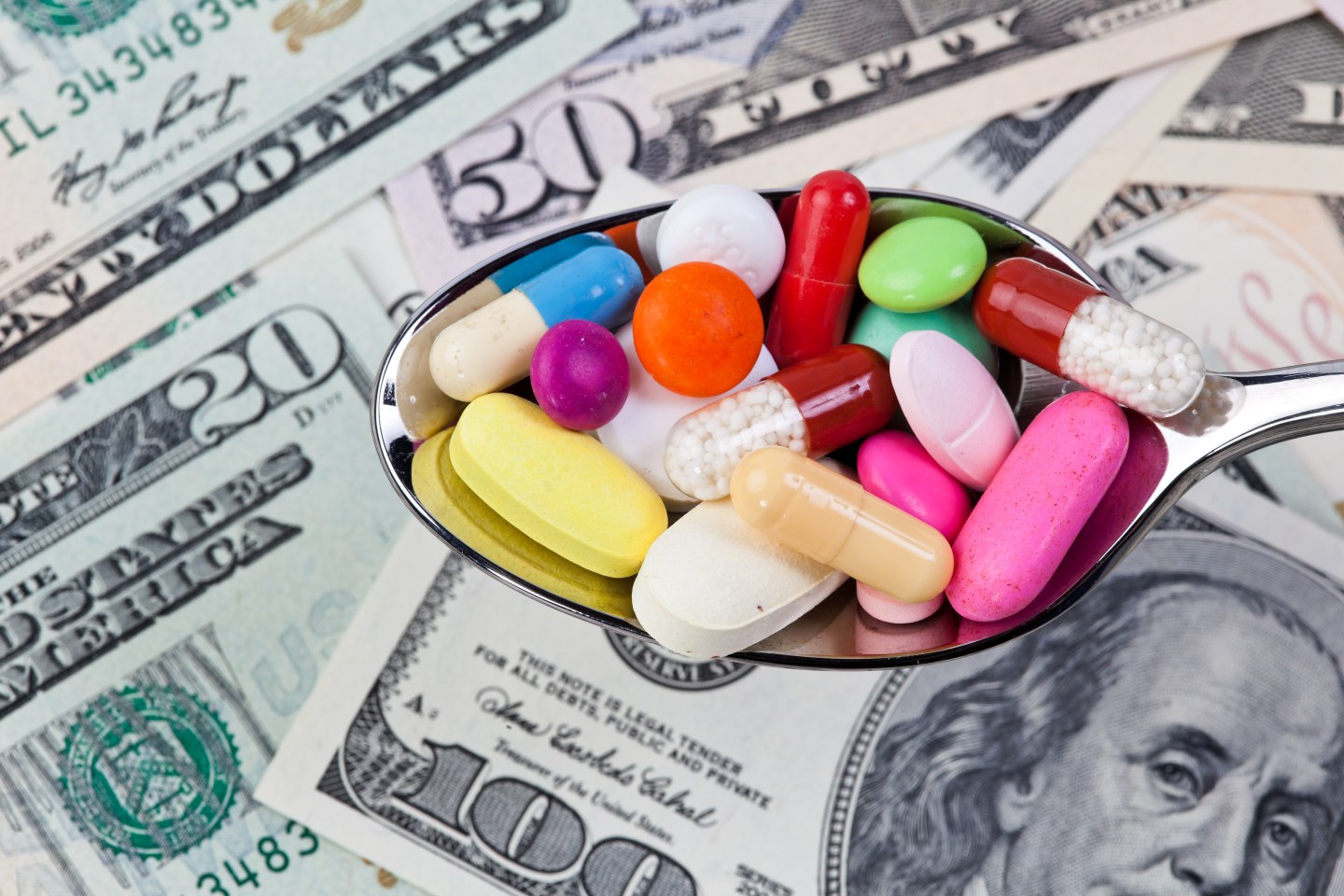 Valeant Pharmaceuticals (VRX) helped catalyze the ongoing backlash to pharma’s drug pricing habits. Now, the company is trying to defend its latest price hikes as more responsible than the huge increases which got it in hot water in the first place.

Valeant announced late Friday that it’s raising the prices of several products in its neurology, gut drug, and urology treatment franchises. These spikes will be limited to single digits, according to the firm. (Valeant’s price hikes on old treatments have exceeded 500% and even 1,000% in some cases.)

The embattled pharma giant, which has lost 88% of its market value over the past year in the wake of numerous investigations into its distribution practices and the departure of CEO J. Michael Pearson, has repeatedly pledged a fairer pricing model and more research investment under the leadership of new chief executive Joseph Papa.

“These planned wholesale acquisition price changes, effective October 14th, range from 2.0% to 9.0%,” said Valeant in a statement. “The changes are aligned with the Committee’s commitment that the average annual price increase for Valeant’s prescription pharmaceutical products will be set at no greater than single digits and below the 5-year weighted average of the increases within the branded biopharmaceutical industry.”

“We are committed to ensuring that past decisions with respect to product pricing are not repeated and that the investments we make in our R&D pipeline continue to result in innovative products that improve people’s lives,” added Papa. “We believe the actions announced today are consistent with our commitment to ensure that patients continue to have access to the medicines they need at an affordable price and demonstrate that we are taking our approach to responsible pricing seriously.”

But it’s still unclear just how much Valeant’s argument will assuage a skeptical public and analysts who see the company’s reliance on huge price hikes to boost revenue streams as major weakness for a pharmaceutical giant.

“While the company seems to us to be trying to position this as some sort of modest increase, we note that these price increases come on top of excessive price increases taken in previous years,” wrote Wells Fargo analyst David Maris in a note. “We do not think a company that raises the price on a product by 50% one year and then commits to mid-single digits the following year is somehow not relying on a price-driven strategy.”

Just last week, Valeant was criticized for reportedly raising the price of a lead poisoning treatment by more than 2,700%. Presidential contender Hillary Clinton has singled out the company for its pricing tactics.