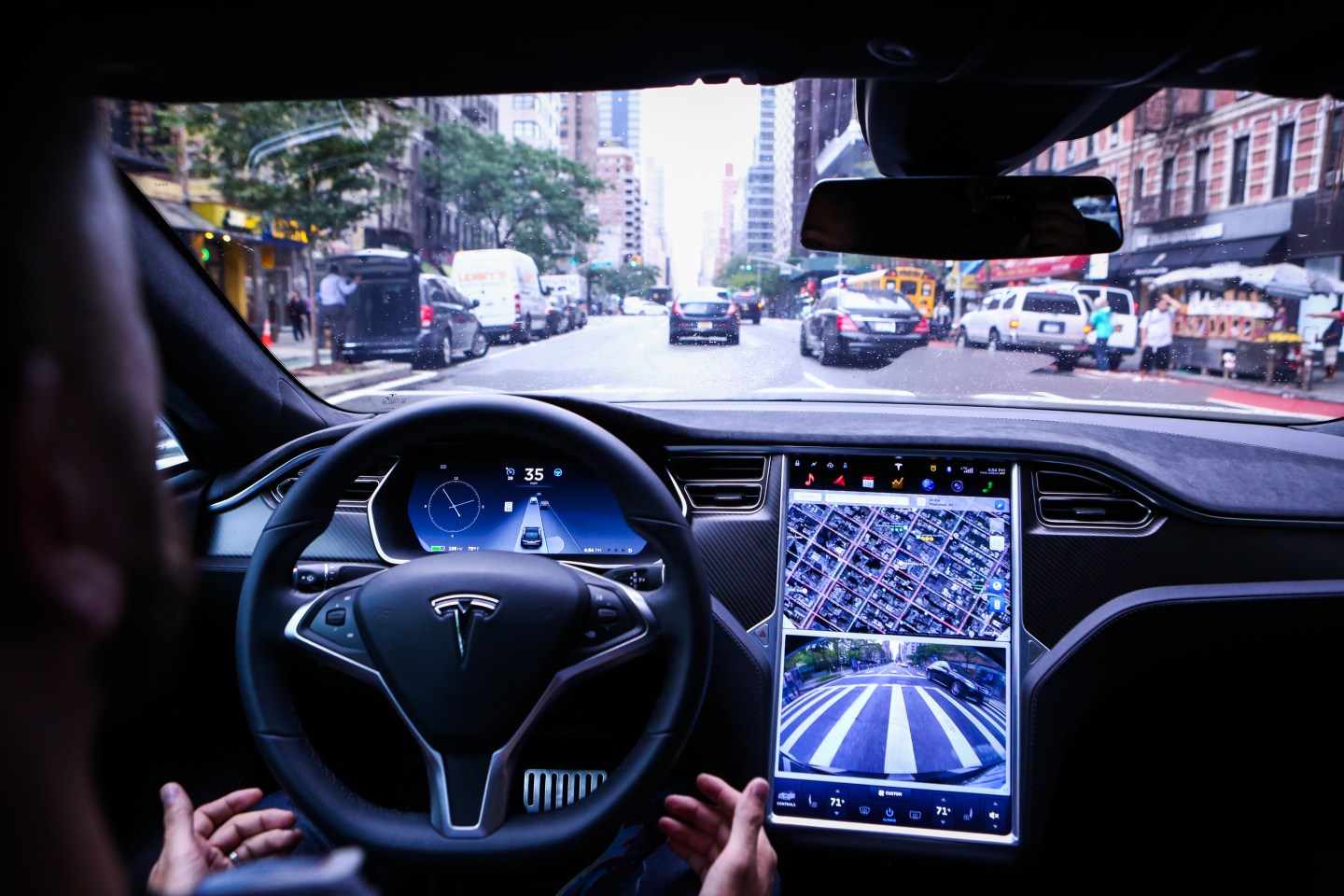 A driver rides hands-free in a Tesla Motors Inc. Model S vehicle equipped with Autopilot hardware and software in New York, U.S. on Monday, Sept. 19, 2016. The latest overhaul of the car's operating system, known as Tesla 8.0, biggest change is how Autopilot shifts towards a heavier reliance on its radar than its camera to guide the car through traffic. Photographer: Christopher Goodney/Bloomberg via Getty Images
Christopher Goodney — Bloomberg via Getty Images

The Dutch agency that approved Tesla’s “Autopilot” driver assistance system for use throughout Europe is concerned the name could be misleading, a spokeswoman said on Monday, after Germany asked the company to stop using the term in advertising.

Therese de Vroomen added, however, she was not sure whether the agency—the Dutch Road Traffic Service (RDW)—would take any action to follow up its concerns.

Over the weekend, Germany’s transport ministry said it had asked Tesla to stop using the term “Autopilot” in advertising because it might suggest drivers’ attention was not needed.

Tesla (TSLA) said in response to that request that autopilot had been used in the aerospace industry for decades to describe a system operating in conjunction with a human driver, and the company had always made it clear to customers that the system required drivers to pay attention at all times.

In 2015, the RDW approved Tesla’s “Autopilot” feature for use throughout Europe. The agency’s concerns only relate to the name and not to the system itself.

De Vroomen said there had been discussions within the RDW about whether the name was appropriate, but was unsure whether it would, like Germany, ask Tesla to stop using it.

The Dutch Advertising Code Authority, which oversees standards in the advertising industry, said it had not received any complaints about Tesla’s use of the name “Autopilot.”

The system has been the focus of intense scrutiny since a Tesla Model S driver was killed while using the technology in a May 7 collision with a truck in Florida.