Germany Says Tesla Should Not Use ‘Autopilot’ in Advertising 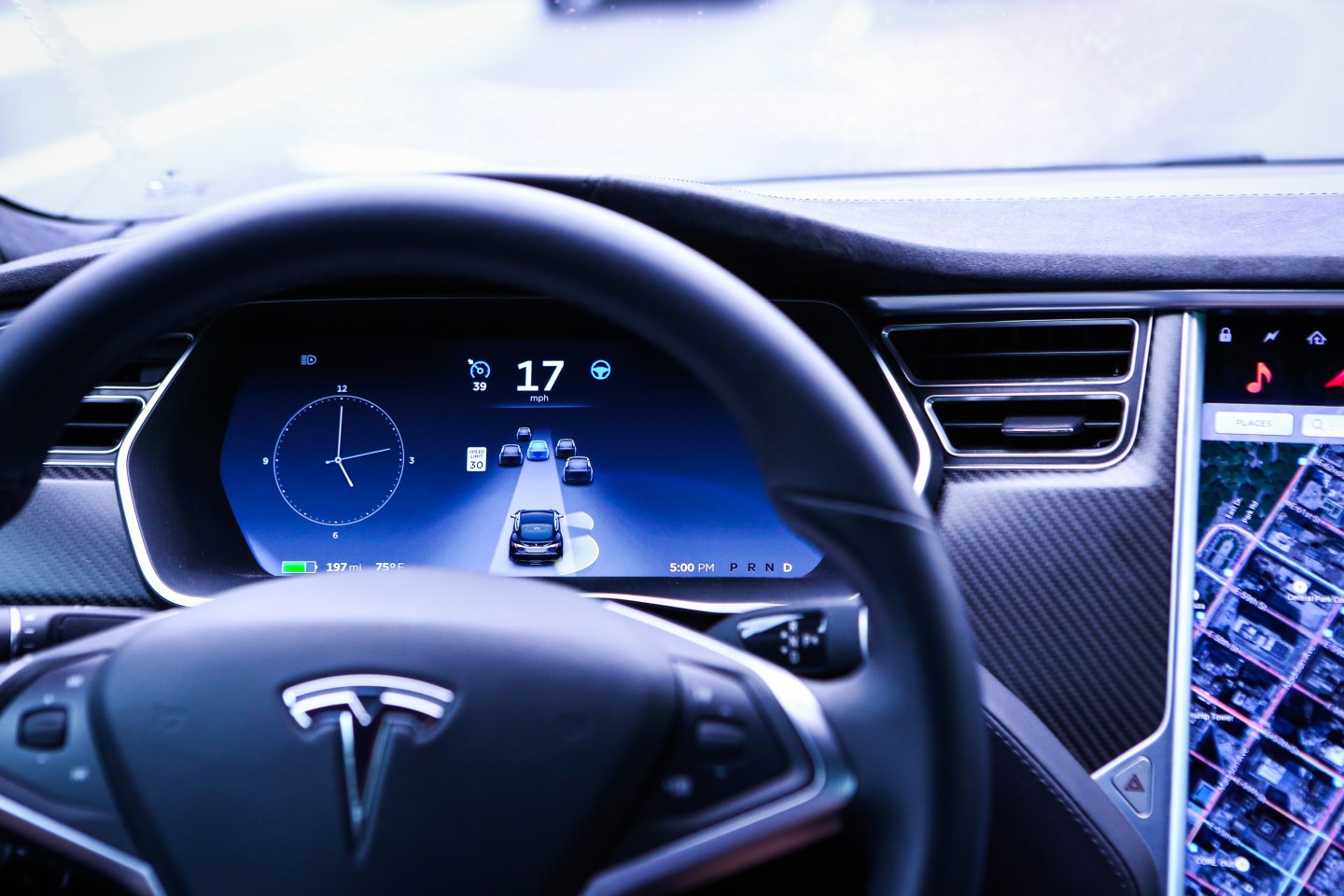 An instrument panel illustrates the road ahead using Autopilot technology just prior to the Tesla Motors Inc. 8.0 software update inside a Model S P90D vehicle in the Brooklyn borough of New York, U.S., on Monday, Sept. 19, 2016. The latest overhaul of the car's operating system, known as Tesla 8.0, biggest change is how Autopilot shifts towards a heavier reliance on its radar than its camera to guide the car through traffic. Photographer: Christopher Goodney/Bloomberg via Getty Images
Christopher Goodney — Bloomberg via Getty Images

German Transport Minister Alexander Dobrindt has asked Tesla to stop advertising its electric vehicles as having an Autopilot function, as this might suggest drivers’ attention is not needed, his ministry said on Sunday.

A spokeswoman for the ministry, confirming a report in the daily Bild am Sonntag (BamS), said the Federal Motor Transport Authority (KBA) had written to Tesla to make the request.

“It can be confirmed that a letter to Tesla exists with the request to no longer use the misleading term Autopilot for the driver assistance system of the car,” she said in a written response to a Reuters’ query.

Tesla spokespeople in Germany did not immediately respond to requests for comment.

On Friday, the KBA—which reports to Dobrindt—wrote to owners of Tesla cars, warning them that their vehicles could not be operated without their constant attention and that under traffic regulations they must remain alert.

According to the BamS report, the KBA letter to Tesla said: “In order to prevent misunderstanding and incorrect customers’ expectations, we demand that the misleading term Autopilot is no longer used in advertising the system.”

Tesla’s Autopilot has been the focus of intense scrutiny since a Tesla Model S driver was killed while using the technology in a May 7 collision with a truck in Florida.