How Sallie Krawcheck and Susan Lyne Spin Failure Into Success 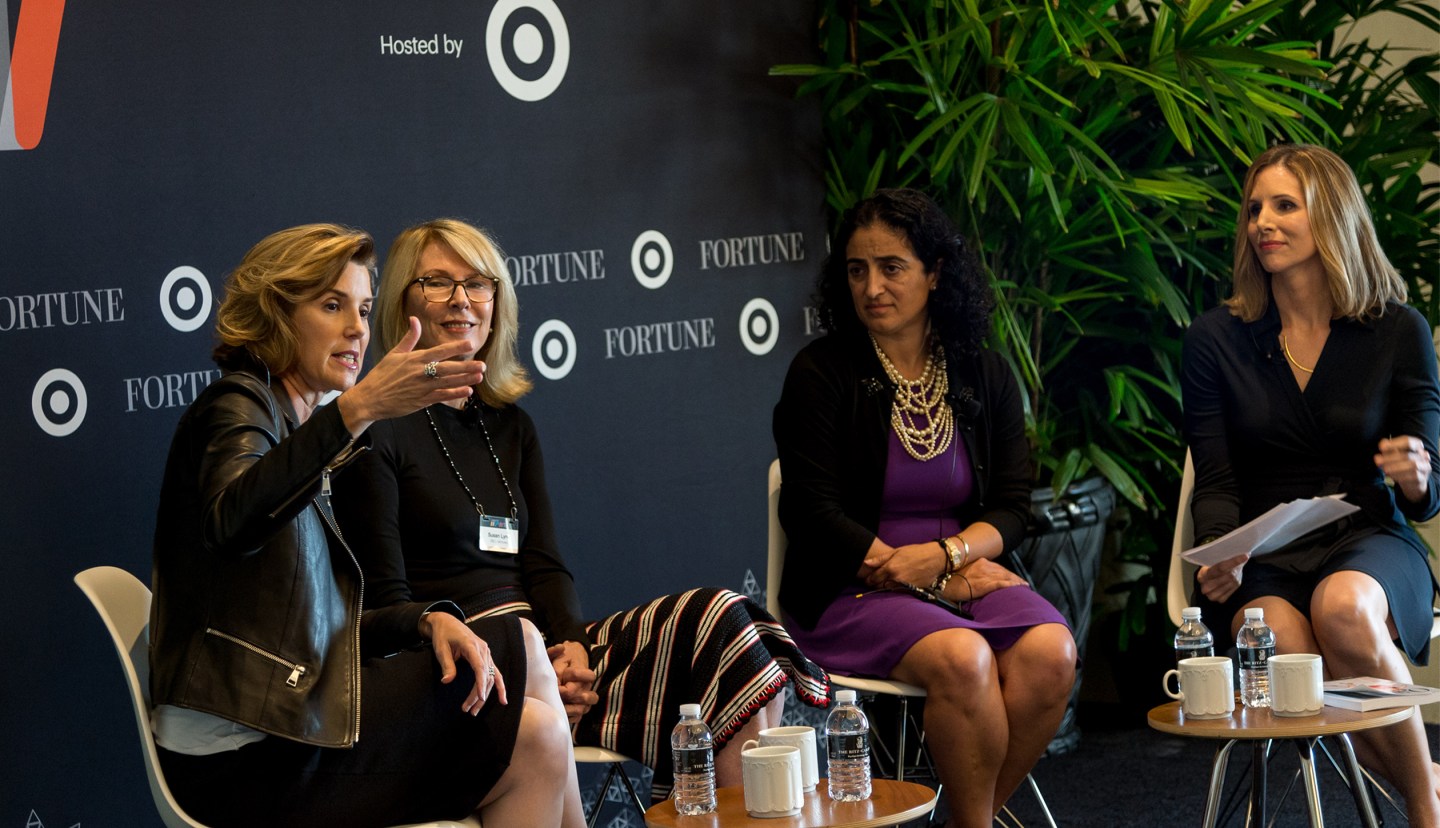 The most surprising thing that a Wall Street titan, a venture capitalist, and a global hotel chain CMO have in common? They all once dreamed of a career in journalism.

At a Monday afternoon panel at the 2016 Fortune Most Powerful Women Summit in Laguna Niguel, Calif., Hyatt CMO Maryam Banikarim, Ellevest CEO Sallie Krawcheck and BBG Ventures president Susan Lyne spoke about their respective career paths—including the little-known fact that all three were once reporters.

Lyne, who spent two decades in print journalism—eventually launching the now-defunct Premier Magazine—said that the commonality is no coincidence. “At the time that I started and maybe the time you [Krawcheck and Banikarim] were starting, magazines were the most desirable place to be,” she said.

Krawcheck was a college journalism major and once interned at Fortune. Growing up, Banikarim wanted to be an investigative reporter, but ended up spending her career on the business side of media.

“I always wanted to be where the conversation was taking place,” said Krawcheck. “I wanted to impact people and be at the center of change.”

Lyne told the Fortune audience that she has also been driven to be on the cutting edge. “I always want to be where the heat is,” she said.

At a certain point, magazine journalism was “cooling off,” which ultimately drove Lyne’s decision to move first to television (she eventually became president of ABC Entertainment) and then to digital media, where she became CEO of Martha Stewart Omnimedia after Stewart was sent to prison.

“I’d go into businesses that I had no right to go into, but I always felt like I could bring something interesting,” she said.

Of course, such a bold career doesn’t come without a few bumps. Lyne, for one, was very publicly fired from ABC Entertainment in 2004. “I knew I was going to be fired from the day I took that job,” she said, noting that knowledge didn’t make it any less brutal of experience. “I wallowed in self-pity for 48 hours” before beginning to look for other opportunities, said Lyne.

Krawcheck, no stranger to being fired (she was let go from both Citi (C), where she was the CFO, and Bank of America, where she ran the wealth management business), joked that she got through it with help from “lots and lots of wine.”

Still, the experience of going through such high-profile dismissals—and living to tell the tale—is invaluable, said Krawcheck: “I knew that my downside [if I failed at the Bank of America job] was public failure and humiliation,” she said. “I knew I could handle that.”