Russia Today TV Network Says Its U.K. Bank Accounts Will Be Closed Down 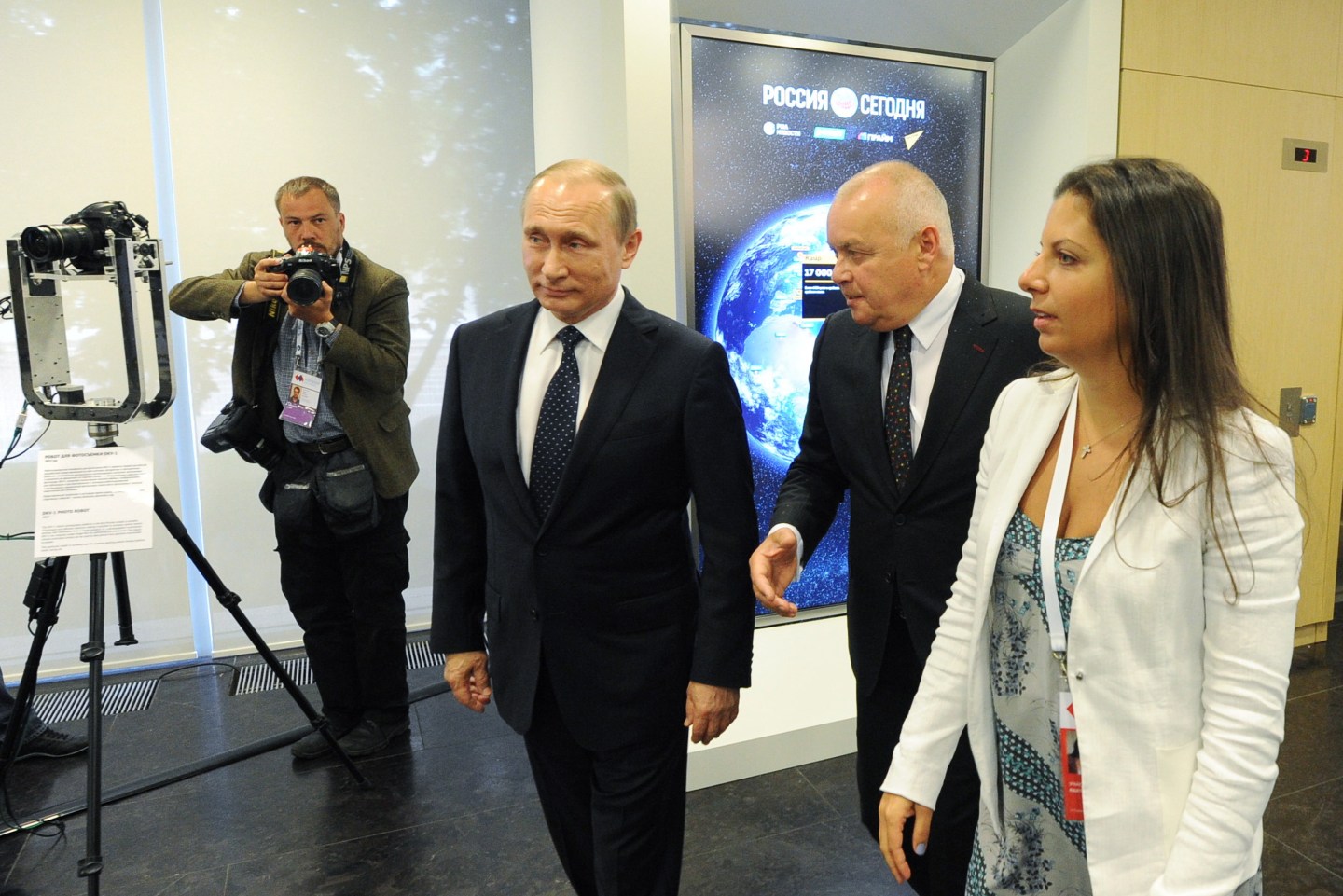 Russia’s international TV network RT (formerly Russia Today) could be the next casualty of worsening relations with the West, it seems.

According to a letter published by RT on its own website, the network’s bank in the U.K., RBS Plc (RBSPF) unit NatWest, told it Monday that it would close the company’s accounts in December after an internal “review.”

The Kremlin’s controversial English-language network, rolled out at great expense over the last 10 years to challenge the western “mainstream” media’s narrative of global events, has often been in hot water with British regulators before over accusations of bias in its news coverage. But it has never faced any financial restrictions on its work to date. (Note: my wife is an employee of RT.)

Tension has ratcheted up sharply between Russia and the West in recent weeks over its role in Syria and Ukraine, and against a background of FBI suspicions that Russia has tried to manipulate this year’s U.S. elections. Russia denies the accusations.

The news comes the day after Secretary of State John Kerry and his U.K. counterpart Boris Johnson slammed Russia once again for the indiscriminate bombing of Aleppo (four hospitals were hit inside a 24-hour spell at the weekend, according to Doctors Without Borders). But the talks ended without any clear sign as to whether or how sanctions against Russia for its role in the Syrian war could be expanded. Dmitry Kiselyov, who is head of RT’s parent company and who hosts a virulently anti-western commentary slot on national TV in Russia, is already on the list of people sanctioned by the U.S. and European Union.

The network’s edit0r-in-chief Margarita Simonyan immediately insinuated that NatWest’s action was initiated by the British government to close it down. “Long live freedom of speech!” she said in a sarcastic tweet (Fortune‘s translation).

Simonyan didn’t respond to a request from Fortune for further information. A spokesman for Prime Minister Theresa May said the issue was “a matter for the bank”. The U.K. government owns 73% of RBS after bailing it out in the 2008 financial crisis.

RBS, the sole owner of NatWest, appeared to back down later, saying in a statement that “These decisions are not taken lightly. We are reviewing the situation and are contacting the customer to discuss this further. The bank accounts remain open and are still operative.”

Although there was nothing to support claims of official intervention in the bank’s original letter, it gave no explanation for its actions, nor any expression of thanks for the company’s business or regret at losing it.

The letter’s language was curt, but it wasn’t immediately clear whether this was deliberate, or just the way NatWest normally talks to its business clients. RBS’s business banking unit has faced allegations of predatory and intimidatory behavior since the financial crisis. It has been been under investigation for two years by regulators and is being sued by over 500 of its former clients, according to media reports.

RT employs around 80 staff in the U.K., and has spent heavily on expanding its production capabilities in London in recent years. However, Russian media reports have suggested that it has not been immune to belt-tightening since the Kremlin’s ready flow of petrodollars dried up after crude oil prices collapsed two years ago. The Finance Ministry cut its funding by some 10% this year to 19 billion rubles (around $300 million).

UPDATE: This article has been updated to include RBS’s statement and a comment from Theresa May’s spokesman.