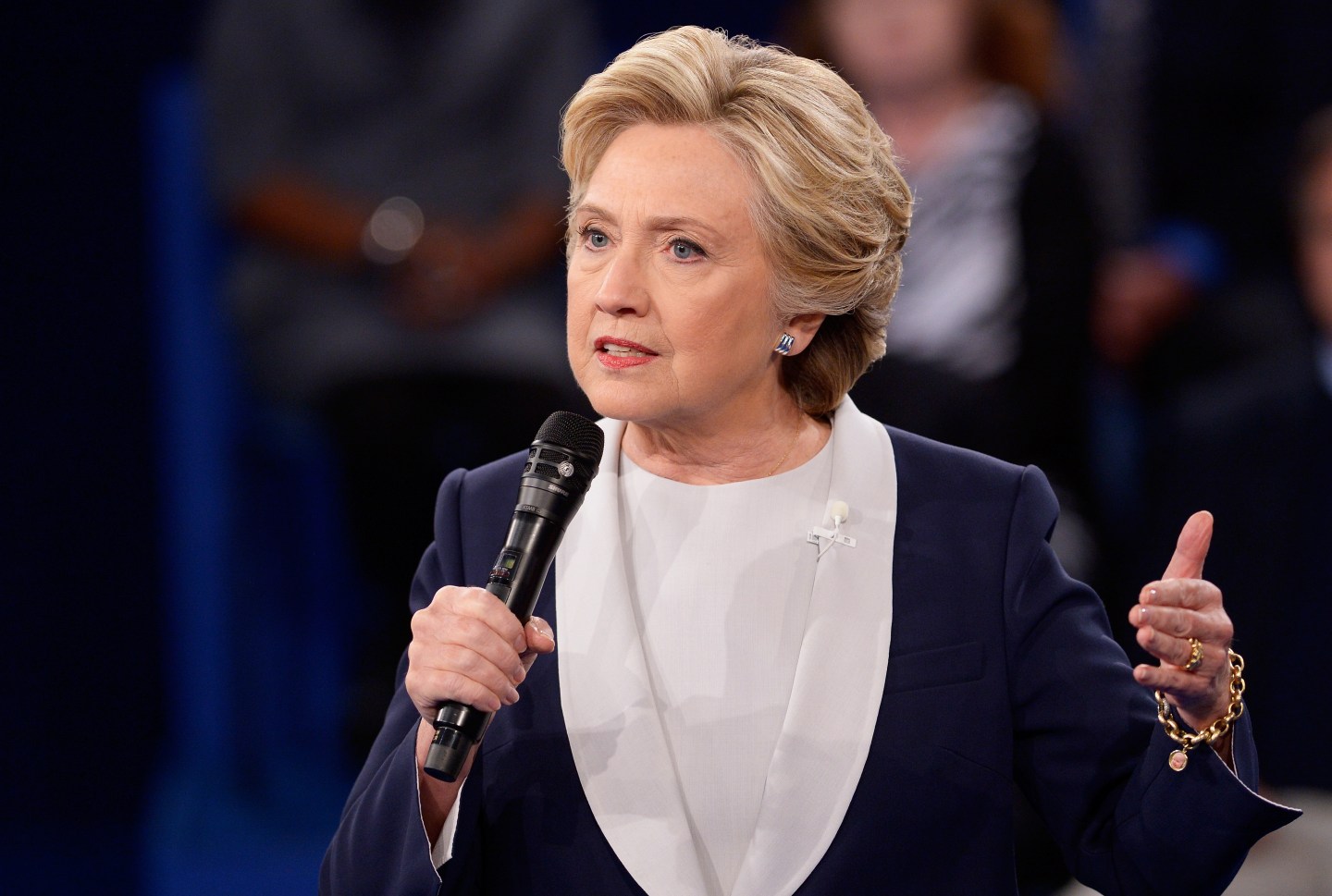 In the olden days, voters during presidential races would get into heated arguments over such amusingly quaint topics as tax policy, health care, and the future of Social Security. Back then, the release of a major candidate’s paid speeches to a leading firm in a highly controversial industry – speeches that the candidate had refused to release, despite considerable public interest – would have been an important event.

Of course exactly that happened over the weekend, when WikiLeaks published transcripts of three speeches that Hillary Clinton gave, for $225,000 each, at Goldman Sachs conferences in 2013, shortly after she’d stepped down as Secretary of State. America’s response was a brief shrug by the minority of voters who even noticed the transcripts.

In those long ago days, the transcripts would have been scrutinized and analyzed with good reason. Bernie Sanders’s challenge to Clinton in the primaries forced her far to the left on several issues, and many potential supporters question the sincerity of her new string-’em-up attitude toward the big Wall Street banks, especially after the recent revelation that she has at least twice as many six-figure donors as Donald Trump. The transcripts, in which she’s distinctly friendly and flattering toward Goldman and the industry, would have attracted attention. But now the race has moved beyond policy, or rather beneath policy, to the personal.

In one of those transcripts, a clever questioner asks Clinton for her advice to someone thinking of running for president in 2016. Her prophetic answer, in part:

“Whoever runs next time has to have a very clear idea of where he or she wants to take the country and has to run on those ideas, because the election cannot be about personalities, participants sniping. All of the irrelevant stuff the day after the election sort of dissipates, and you wake up and say, okay, now what am I going to do?”

Assuming she wins, as now seems likely, she’ll wake up on Nov. 9 believing she ran on clear ideas and seeing her victory as a mandate to pursue them. But polling shows that most voters on both sides aren’t voting for their candidate’s policies; they’re voting against the other candidate. Instead of favoring a set of policies, we’re mostly antagonistic toward a person, whether it’s Trump the psychopath or Clinton the demon. When an election turns on personalities rather than policies, then when we wake up on Nov. 9, regardless of who wins, we’ll be asking ourselves, now what are we going to do?